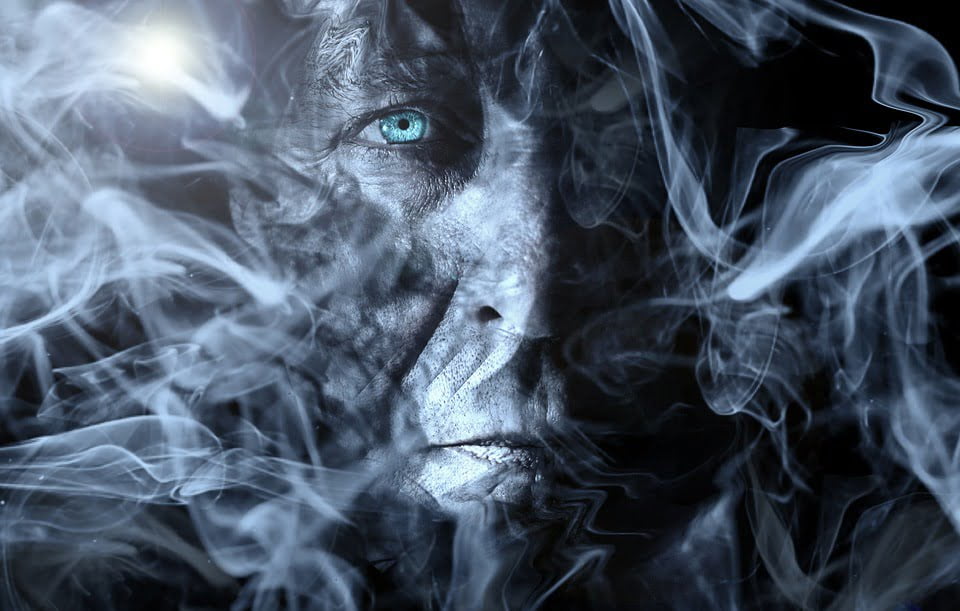 We live in a society where human traffickers and sexual perverts seem to be multiplying. It has been reported that there are 747,408 registered sex offenders in the United States, but the latest figure we have is now about five years old, so that total is almost certainly significantly higher today. It has also been reported that there are 1.5 million victims of human trafficking in the United States, and most of those are female. In every community in the country, there are vicious predators that are always on the hunt for new victims. Of course we could just ignore reality and pretend that “most people are good people”, but being careless would only put our children at risk. After decades of feeding our minds with sick and twisted material, our society has literally become sick and twisted, and so it is important for parents to know how to protect their children in such an environment.

Yesterday, I shared the story of a mother that almost had her two-year-old daughter taken by a team of child abductors in Longview, Texas.

Today, I want to share with you the story of a mother of three children that encountered a team of predators while she was shopping in IKEA. The following was posted on Facebook by Diandra Toyos on March 23rd…

I wanted to share this again publicly in case any of you want to share with your mom friends… I’ve added some details and some things to be aware of that we have thought of since talking about the experience.

I recently read a post written by a mother I didn’t know, that went viral. She described an event that happened to her while she was at target. She and her children were targeted by human traffickers. She talked about how when she reported the incident after the fact, she was told that this was a very common way they worked.

I read things like that, and I always think “wow, that’s so scary… I need to be careful”. But I also always think “that could never happen to me.”

But you guys, it did.

A few days ago, my mom and I took the kids (I have 3 kids. A daughter who is 4, and two sons, 1.5 years and 7 weeks) to IKEA. We enjoy going and it’s always nice to get the kids out of the house! We went specifically to look at couches. We were in the couch section and the kids were enjoying climbing on each couch and trying them out. My daughter was trying to convince us which couch we should get. My older son was happily walking from couch to couch, flopping himself on each one. My baby boy was snuggled into the sling, sound asleep. After a few minutes, I noticed a well dressed, middle aged man circling the area, getting closer to me and the kids. At one point he came right up to me and the boys, and instinctively I put myself between he and my mobile son. I had a bad feeling. He continued to circle the area, staring at the kids. He occasionally picked something up, pretending to look at it but looking right over at us instead. My mom noticed as well and mentioned that we needed to keep an eye on him. We moved on… and so did he. Closely. My son wandered into one of the little display rooms across from the couches and I followed him closely with my baby strapped to me. My mom said she watched as the older man dropped what he was doing and quickly and closely followed us into the area. At the same time, she noticed another man dressed more casually and in his 20s. He wasn’t looking at us, but was walking the same circling pattern around us as the first man. My mom and I decided to sit down and wait for them to move on. We had a gut feeling something was going on, but we hoped we were wrong and they would move on. So we sat in one of the little display rooms. For close to 30 minutes. And they sat too. They sat down on one of the couches on the display floor that faced us. That was when we knew our gut feeling was right and something was off. They sat the whole time we sat, and stood up right as we got up. We continued on and my mom turned around and realized the two men had moved and were sitting only one couch away from each other, still facing our direction. The older man was still watching us. She made eye contact… very clearly letting them know that we saw them. And we moved on. We managed to lose them at that point. (We talked with an employee, circled back and used the bathroom and went out into a different section). But still kept the kids right with us the whole time. I kept the baby in the sling which kept my hands free and my eyes too. I didn’t have to keep an eye on the stroller AND two kids… I just had to watch my older ones. When we got through the maze of IKEA, we reported what happened to security.

After talking through the experience, there are some things I want to point out.

These men weren’t shopping. While they walked around the store, they weren’t looking at things… not really. The older man would occasionally pick something up and act like he was looking at it, but he’d look right over the top of it at my kids. Then he’d drop it and move on as soon as we did.

They weren’t waiting for anyone. Often you see men in a place like IKEA waiting for their wives, but these guys appeared to be alone. They didn’t even talk to each other. They didn’t talk to anyone. They didn’t smile casually at people (in fact, early on, I looked at the older guy when he got close to us and smiled… which is something I do regularly when I’m out.. I’m always making eye contact with people. He instantly looked away. That was odd to me).

They were dressed nicely but very differently. I would never have put these two together. And they didn’t appear to be together.

The area they were hanging around had an exit right by it. IKEA is a massive confusing maze of a store. But they could have run out that exit with my child and handed them off to someone waiting outside and been gone before I could find them.

Something was off. We knew it in our gut. I am almost sure that we were the targets of human trafficking. This is happening all over. Including the United States. It’s in our backyards. I’m reading more and more about these experiences and it’s terrifying. If not that, something else shady was obviously going on. Either way, as parents, we NEED to be aware.

Please PLEASE be aware when you’re out with your children. It’s not the time to be texting or facebooking or chatting on the phone. When you’re in a public place with your kids, please be aware and present so that you don’t become a victim. Had I not been paying attention that day… or had I let my kids roam and play while I checked my phone… I may have lost one. The thought just makes me completely ill. (Especially because I’ve been guilty of this!)

Also, in hindsight, I would have taken a picture of the guys. Probably right in their faces so they saw me do it.

Trust your gut. It’s there for a reason.

What Diandra has shared is very wise. As a parent, you have got to trust your instincts. Personally, I know that my own instincts have gotten me out of a number of very bad situations over the years. If someone or something sets off alarm bells in your head, don’t hesitate to take action.

In the old days, parents would often let their children roam around a store while they were shopping. But you simply cannot do that in this day and age. While shopping you should always have your children immediately around you, and for toddlers many parents find a safety harness to be a useful tool.

In addition, some parents dress their children in bright colors when they go out in public so that they are easier to identify.

If you do get separated from a child, having a recent digital photo on your phone is very helpful. That way store staff members and law enforcement personnel can be shown exactly who they should be looking for.

Once your children are old enough to understand, you will want to talk to them about stranger safety. If your children know how to handle situations in advance that will greatly help if something does arise.

Predators often like to target children when they go into bathrooms, so it is crucial to always accompany your child into public toilets.

Also, you do not ever want to leave a child unattended in a vehicle. If someone is going to abduct your child, their goal is to get that child into their vehicle, and so parking lots are always particularly dangerous.

If you have become aware that an individual or a group of people are tracking you and your children while inside a store, don’t race outside to your vehicle because that is often exactly what they want. What these predators don’t want is to have light shined on them, so staring back to let them know that you are on to them can sometimes be an effective defense. Even better is to get out your phone or camera and take a picture of them. And of course you should always contact store personnel and let them know what is going on. In most cases, someone from the store will be more than happy to accompany you and your children to your vehicle once the threat has passed.

Whenever you go out, always arrange a meeting point for you and your children in case you get separated.

On your way home, if you feel like a vehicle is following you, don’t be afraid to take a detour from your normal route in order to try to shake them. Something as simple as turning into a gas station to see if a vehicle will keep following you is often enough. But if you are being followed, do not stop or get out of your vehicle because that is often exactly what they want.

In addition to the tips that I have just shared, the following are some tips about stranger safety that come from the Today Show that you can share with your children…

We live at a time when we all should be paying special attention to security. Because even though everything might seem “normal” most of the time, it only takes a single bad encounter to suddenly change everything.

As our society continues to unravel, the number of predators is only going to continue to grow, and protecting our children is of the utmost importance.