Prepare For Change
Home Ascension The Control System is Revealing Itself 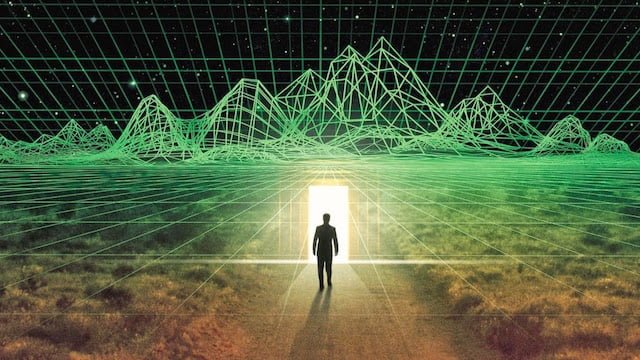 This is the opportunity we’ve been waiting for. This is the moment when we can choose to be truly free, or choose our enslavement.

We’re watching a split in the deep state which is undermining the oligarchical grip on our shared resources and systems, illustrating how weak they really are.

We’re watching huge droves of people slip deeper into deception and delusion, whilst many others are enacting on their courage to face both personal and impersonal truths – as hard as it might be – to raise their level of awareness.

And we’re also watching most of humanity unconsciously meander towards a crossroad; one path will lead us to decentralize and localize our management structures, and the other will ensure the further erosion of our personal and community sovereignty by a corporatocracy disguised as a government, which falsely alleges it takes care of ‘the people’.

Which path will we collectively decide to walk? Will it go only one way, or will we have larger breakaway communities who choose sovereignty over enslavement, whilst the majority of people unconsciously bow to a global, centralized dictatorship?

Unfortunately the latter seems more likely at this point, but stranger things have happened.

It’s called the evolution of energy.

The most potent gift we have is the natural explosion of consciousness which characterizes this moment of so-called time. Everybody is a part of it, everybody feels it, no matter how hard they fight to deny and suppress it. This is why so many people are experiencing so much inner and outer conflict, as they’re being forced to truly face themselves, and the world they live in.

Then of course there is basic mathematics. Put simply, the conscious society has the numbers, so all we need to do is put our perceived differences to the side and we’d be unstoppable with whatever we wanted to achieve.

The support of family and friends would come not long after too, ironically.

Hopefully we will soon capitalize on this awesome power. In the meantime, there has and will continue to be so much good work done by independent researchers and grassroots movements. The false narratives have long been exposed, as has the theft of our public utilities. Solutions to the problems are being created and evolved as you read.

There are also many people who add themselves to the list of authentic truthseekers every day, even though dogma and division is rampant among them. After all, this ancient fight for freedom is not without its own challenges and complications.

For example, being conscious of both the spiritual and systemic components of the awakening is vital. Unfortunately, many people choose one at the expense of the other, ensuring an imbalanced perspective and associated action. Yet the most problematic dysfunction is that we have been purposely distracted and divided, which we’ve unfortunately fell for. There’s simply no need for the gross amount of infighting, especially when we have the same fundamental goal.

That goal is the pursuit of truth and freedom.

As I’ve written about previously, we can unite over some primary focal areas to really amplify the momentum we’ve created:

“In terms of the systemic issues, let’s see if we can at least agree on the Four M’s as our primary targets for change, which are Money, Medicine, Media and Management:

These four areas are the hegemonic mechanisms of the material control-matrix, which is why they deserve special attention. We can also use this template to help the uninitiated to become initiated, because most people would agree with it, regardless if they’re conscious of these realities or not.

In any case, building unity within the consciousness expansion network can only be a good thing, regardless if we peripherally or even fundamentally disagree on where we should go and how to get there.

There are other mechanisms for unification too, such as some simple values. Valuing love over hate, freedom over enslavement and truth over lies are three basic examples. Yet probably the greatest principle or philosophy we can connect over is that of natural law, meaning do no harm except in self-defence, as well as honor and respect the sovereignty of each other, just as we should for ourselves.

Accordingly, all governments and their employees should be expected to uphold natural law – the only real law – and be held accountable for it too.

So there are definitely some strategies that we could implement to make this process more efficient, but so far the divide and conquer tactic has us in its grip. Nevertheless, there is plenty to be hopeful about.

The meltdown of the control-system is good fun to watch. It offers some hopeful relief for the activist community, even though we cannot lose our focus and become complacent. Yet we do deserve a laugh too; experiencing the core controllers and their brainwashed minions scramble to maintain their relevance is a damn good feeling.

How do we know this is happening? We can tell by their actions. For example, the fake news attack has put the final nail in the coffin of the mainstream media, even though most people don’t yet understand it. History will show, however, that George Orwell’s ‘1984’ did manifest in many ways, and the propagandized press and their sell-out journalists had a lot to do with facilitating it.

On that theme, recent algorithms by Facebook have suppressed independent media and researchers, clearly illustrating their panic regarding the truth getting out. YouTube is demonetizing channels that aren’t in line with the official narratives, or the hypnotism of specific entertainment. In addition, the droves of trolls hired to discredit researchers and therefore hide the truth is a reflection of how hard they’re trying to win the fight, even though they’re losing the battle.

After all, we uphold the virtue of truth, which will ultimately set us free.

Furthermore, political and corporate corruption is being exposed more frequently. The two-party tyranny is falling apart at the seams of support. The global paedophile network within the ‘excrete’ classes is under the microscope by a decentralized citizen investigation. Certain countries are attempting to detach from the transnational banking cartel and other tentacles of their slimy scam. Long established power structures, such as the unelected and anti-democratic institution called the European Union, are losing the faith of many people, even if its demise is a tricky agenda designed from the inside. And rising populism, which is simply the collective voice that ‘the people’ matter, is forcing the world to change, even if it’s not in the most ideal way.

So the collapse of the control-matrix is very real, on so many levels. Even though it’s becoming more obvious, it’s been happening for a while and will continue to do so for some concept of time. It won’t be as calm as this moment right now either, so try to not just enjoy it, but capitalize on it too.

The fact remains that the parasitically sick people at the top of the power pyramid – as well as many of the poor lost souls who implement their agenda – will fight to the very death, which means they’ll try anything they can, including more war, orchestrated disaster, economic collapse, societal destabilization or an array of other tactics to maintain and expand their empire. However, they will lose.

In fact, when you’re fighting yourself, you already have.

So from this point forward, our individual role has shifted dramatically. Get busy locally. Join forces with like-hearted people and play your part in ensuring that your family and community not only survives, but thrives, regardless of what happens in this sick, beautiful world.

In the end, there is no greater legacy to leave behind.