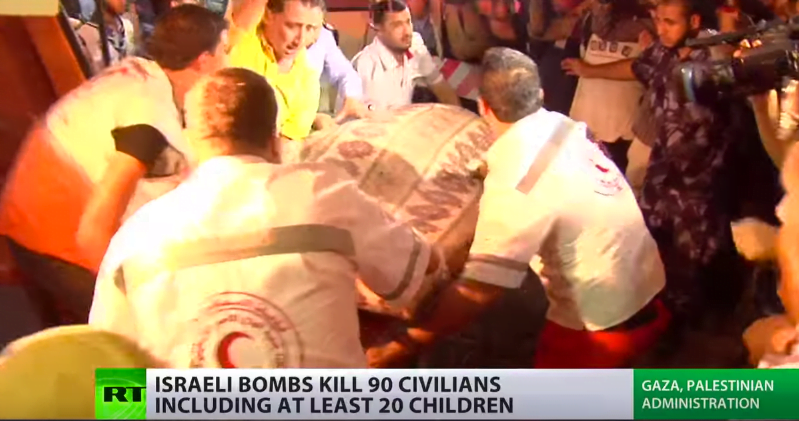 Growing up conservative Evangelical, we loved Israel as much as we loved America– probably even more.

And why not, right?

We truly believed that among the world’s nations, God actually has a favorite– and that he will curse anyone who doesn’t blindly support his team.

When you sincerely believe that, there’s little room left for actually thinking, because anything you see is filtered and given meaning by the narrative we were given at church. This false narrative we’re told about Israel makes it almost impossible to see the situation fairly or clearly, because we become victims of confirmation bias– we’re only willing to consider evidence that verifies the narrative we were taught.

As an adult at seminary studying theology and international culture, I finally broke free from the confirmation bias that had caused me to support Israel and ignore Palestinian suffering. As such, I now see the Israel and Palestinian conflict in a completely different light– one where my Christian faith itself dictates that I cannot stand with Israel and still be faithful to Jesus.

Here are 5 reasons why I stopped supporting Israel:

5. I realized that loving Jewish people was completely different from supporting the modern, secular state of Israel.

Many quickly confuse loving Jewish people with supporting Israel– but a religion/people group and a secular nation state are not the same thing. For example, one can be opposed to US policy without being “anti-American.” In the same way, one can look at Israel and say, “Wow, this is absolutely wrong” without being anti-semitic (though that’s the first thing you’ll be accused of).

4. I realized Israel was a violent military occupation, much like the one Jesus lived under.

I used to think the Israel was a peaceful nation who just wanted to mind their own business but couldn’t because those darned Muslims wouldn’t leave them alone, but that’s not the case at all. Israel is a violent military occupation, with no end in sight.

Where Palestinians once lived in peace and security, they now live under military rule by a foreign military that controls nearly all aspects of their daily lives.  Their access to water is tightly restricted, their movement is restricted, and they are denied security in their homes by military forces who often stage middle-of-the-night raids under the accusation of “rock throwing.”

Furthermore, children are often Israeli targets and are imprisoned and tortured by Israeli solders. There have even been cases of Israeli soldiers shooting Palestinian children for sport. How a Christian can support this is literally unfathomable to me.

3. I realized Palestinians weren’t terrorists, but a frustrated people living under apartheid.

Imagine it this way: what if you woke up one morning and world leaders had given the Southern United States to Russia, to be a country for displaced Russians? The Russians arrive, kick you off the land that’s been in your family for generations, confiscate your homes and possessions, burn your farms, and put everyone into refugee camps or segregated into ghettos, which are then policed by the Russian military.

Would it not be understandable that once in a while you’d attack the Russian soldiers? In fact, if that were in America, most conservatives would call it self defense.

While I am against all violence, it’s important to understand why violence happens, and in this case it is quite understandable that such an oppressed people would resort to violence against the oppressors. However, this violence is not about Muslims hating Jews– it’s about people being tired of an occupying army taking their homes, their land, and harming their children. Truth be told, as wrong as I believe it is, I’d be tempted to throw a few rocks too.

I once thought that Israel just wanted to peacefully exist, but the truth is they are on a violent conquest to take all the land they can get– even though it is a total violation of international law.

Day by day new Israeli settlements crop up on land that still belongs to Palestinians. Quite often the Israelis will burn down Palestinian crops  before harvest (this is in the news often), and try to take Palestinian land by terroristic force. Illegal settlers have firebombed Palestinian homes, most recently burning a baby and mother to death. Settlers recently even attacked a Rabbi who had previous work with Christian Peacemakers, showing they’re willing to not just attack Palestinians, but even their own peacemakers.

This reminds me of someone who once said, “Oh Jerusalem! You who kill the prophets and stone those God sends to you.” (That was Jesus, BTW.)

Until Israel stops violently and unapologetically violating international law by their conquest for more land, they could never have my support.

1. I realized Christians were being persecuted and oppressed, and I choose to stand with them.

One of the ways Evangelicalism continues selling support for Israel is by painting this as a Muslim vs Jew situation– but that’s not reality. This is a situation of a violent, secular nation state, who is oppressing a group of people that include Christians.

Palestinians include both Muslims and Christians, and Christians are being just as persecuted as the rest of Palestinians. Israel has targeted Christian schools while Christians in the West remained silent. Christian churches and institutions have a long history of being burned and vandalized by the Israelis. Furthermore, Christians have lamented that the Israelis spit on them as they walk down the street, with many Christians ultimately accepting that being spat on in Israel is part of daily life. (Can you imagine if it were the Muslims doing that? Conservative leaders would be calling for war.)

And this is perhaps the top reason why I no longer support Israel: to do so would be a complete betrayal of my Christian brothers and sisters who suffer under anti-Christian persecution in Israel.

So, your pastor growing up taught you to support Israel.

I get it. Mine did too. As a result, I blindly supported Israel for many years– even to the point of voting for candidates I thought would be the most pro-Israel.

But now that I have set aside my bias, and been willing to consider the facts as they are, I realize I can’t support Israel and still be faithful to Jesus.