Prepare For Change
Home Disclosure The Earth in Quarantine – The last 26,000 years 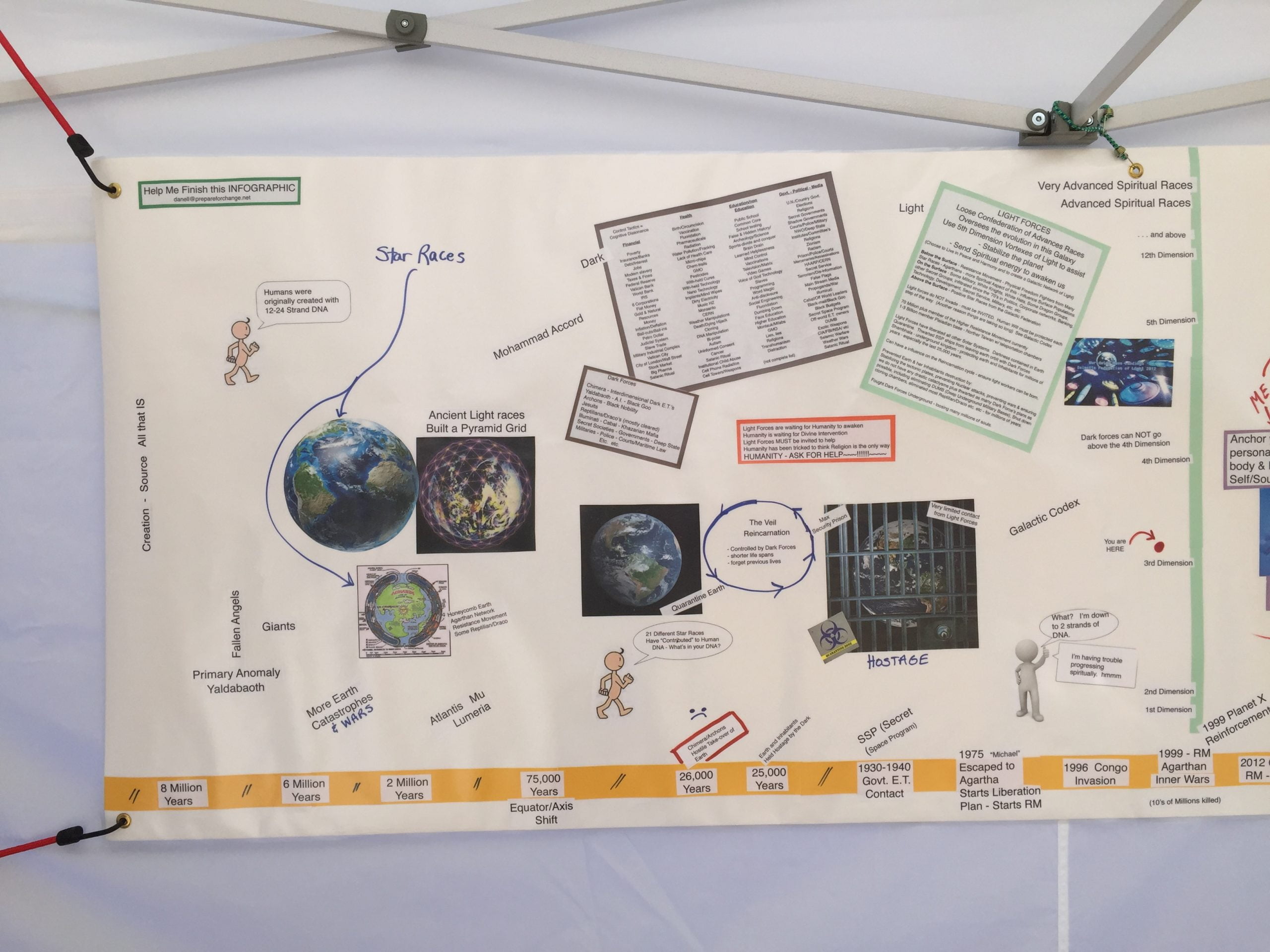 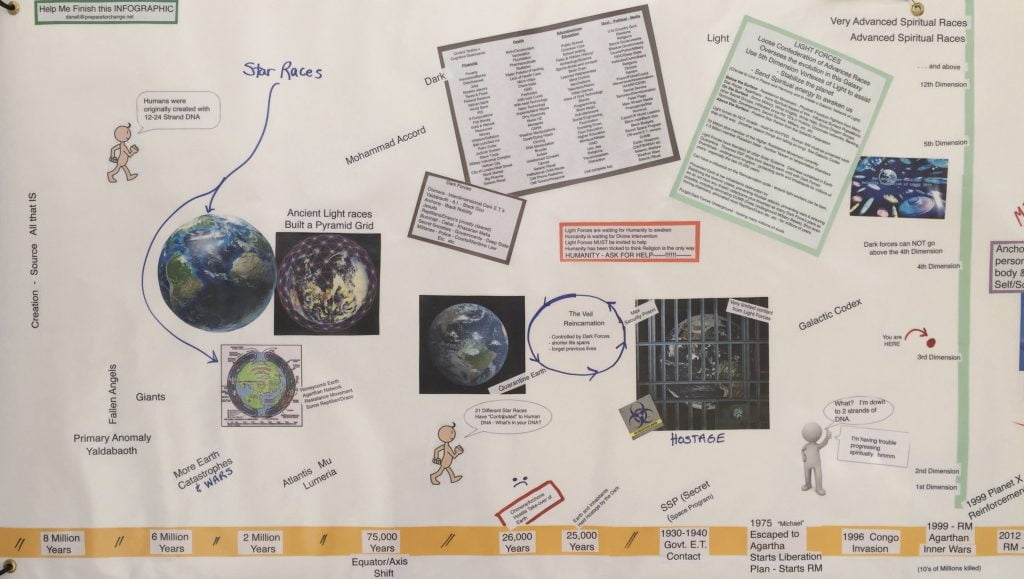 The Plan has always been around and been carried out every second.
This is a portal, an energetic black hole caused by the space/time continuum anomaly. We are now to exit the black hole after 25,000 years of prison. This exit is the EVENT HORIZON.  It is an expanding dot of light, taking place right now and we are entering the brilliant light.
The Plan is to manifest Paradise on Earth. We have gone through the stages.  The matrix is inside the quarantine, and is a computer program with artificial intelligence.  There is a way to hack the matrix, crack the computer code. A flash of light is the mission, the ignition, the merkaba, it is what we have been trained for when it comes.  It will take place when each of us, as a shining light, flash together, and carry out our part of the Plan.
* * * * * * * * * * * * * * * * * * * * * * * * * * * * * * * * * * * * * * * * * * *

[pfc 0516-2] Lynn – What are humans and the planet Earth like before the anomaly or darkness came to Earth?

COBRA – It was a paradise planet and all legends of I would say many, many different tribes and ethnic groups around planet remember that time of a paradise. This existence was without much suffering without the conflict that we are experiencing in our current age. (beautiful, thank you)  [pfc 0516-2]

ut0916]  Patrick: Ok, Cobra now I want to switch topic to some Earth history. First one is, can you make a timeline sequence among Jurassic age, Atlantis, and the Stone age?
C: Ok, what you are calling Jurassic age was hundreds of millions of years ago it had nothing to do with Atlantis. The Atlantis as we know was started maybe one million years ago, and what most people are describing as Atlantis is only the last fraction of Atlantean history which is maybe 10 or 20 thousand years ago.
P: And the Stone age?
C: The Stone age actually started with the deluge of Atlantis about 12,000 years ago and ended about 5,000 years ago with another mass cataclysm. [ut0916]

[rp0x16] Rob – OK.  Thank you.  Have either of you heard there was an ancient Pleiadian civilization in South America that was in a rain forest situation due to earth shifts no longer exists.  But a long time ago there was a very deep underground, and still exists to this day, a technology that is stabilizing the planet.  Have either of you heard of that deep underground Antarctica technology base from the Pleiadians.

Corey – Not from the Pleiadians you mentioned but. . .yeah, I’ve spoken in detail about a lot of this ancient type technology that’s been put in various parts of the earth, underground including Antarctica and some of it had been removed and it has caused problems with our tectonic plates and weather and other things and they had traded and given away that technology and it caused imbalance.

Rob – I’d like ah…clarity of Corey, do you know who put the technology there originally?

Corey – It’s unknown.  Its extremely ancient.  If I looked at the foot-notes of the report there was about 3 different populations that could have put it there.

Rob – Thank you.  Cobra, do you have any information.

COBRA – Actually we need to go a little bit back into the history of Atlantis.  Atlantis on planet Earth was pretty much a global civilization which was seeded or encouraged by different waves, waves of different cosmic races.  There was a Pleiadian wave which has brought Atlantis to its heights about 200,000 years ago and there was colonization from the Sirius star system that created the peak of Atlantean civilization about 75,000 years ago.  And each of those races have brought a lot of technology and a lot of spiritual understanding to Atlantis and each of those races that I have mentioned have created their own network of surface cities, of sub surface cities, of tunnel networks, of underground pyramids, of crystals, of stabilization technology for the tectonic plates.  But unfortunately there was another faction that came from Orion which infiltrated those networks of Atlantis and misused the technology and misuse of that technology actually was responsible for the deluge of Atlantis for the last sinking of Atlantis which happend around 11,500 years ago.  A lot of that old technology is still spread.  Some of it is submerged on the bottom of the ocean.  Some of it is a little bit underground.  Some of it has been purposely destroyed or suppressed.  But a lot of those machines and technologies and crystals are still remaining and some of the underground factions have discovered these old remnants and a lot of this will be coming to the main stream media at the time of the Event.  [rp0x16]

(am-1112-conf)  The quarantine was the artificial creation of the Archons, but this quarantine will be lifted and communications will open up at first contact.  Our perspectives will change and expand greatly at this time.
We will experience the purifying of our personalities and enter the 5th dimension after The Event.
The Victory of The Light never happened on this planet but has on others. When it does happen, all galaxies will be liberated from darkness.  This was predicted in ancient prophesies.  It is now the time of the Victory of The Light.  Suffering is not needed to define happiness.  Light just is.  There will be light without shadows when the veil is lifted.
* * * * * * * * * * * * * * * * * * * * * * * * * * * * * * * * * * * * * * * * * * *
Richard –Is it true that the life on earth was brought from our universe; insects, plants, animals??COBRA – Yes, life was not born here.? Life came from beyond.—ref pc1015FIRST SENTIENT BEINGS:Rob – So we’re going to go right forward here with a bunch of questions. We’ll see how many we can get through here. Let’s start off with this. A young girl who follows us – she’s 14 years old – she wants to ask her question. Shout out for the youngsters. Who are the first sentient beings on earth?COBRA – There were always sentient beings on earth because they were so called guardian beings that were responsible for creating life on this planet that were starting to evolve biological life from viruses, microbes and on and on and on. They were here billions of years ago.

Rob – OK. There’s your answer. Billions of years (beings) and multi-dimensional. As far as physical beings, that’s probably so far in antiquity that no one can know exactly. —ref rp0415

Information taken from Cobra FAQ section:  https://prepareforchange.net/cobra-interview-faq/ (in the process of being updated).
Read in:
Português