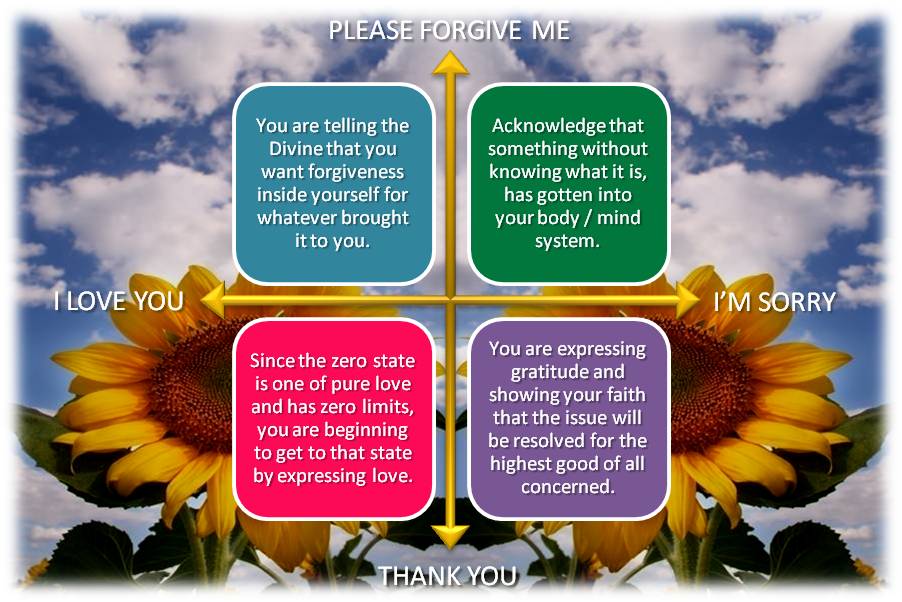 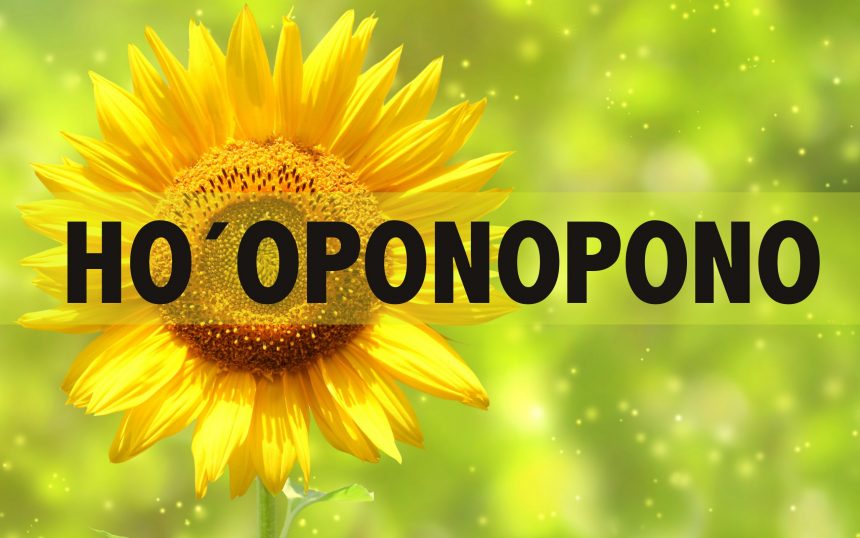 How Dr. Hew Len healed a ward of mentally ill criminals with Ho’oponopono

Ho’oponopono, the Hawaiian system that heals

oneself … and the world, too

More than thirty years ago, in Hawaii, at the Hawaii State Hospital, there was a special ward, a clinic for the mentally ill criminals. People who had committed extremely serious crimes were assignated there either because they had a very deep mental disorder or because they needed to be checked to see if they were sane enough to stand trial. They had committed murder, rape, kidnapping or other such crimes. According to a nurse that worked there in those years, the place was so bleak that not even the paint could stick to the walls, everything was decaying, terrifying, repulsive. No day would pass without a patient-inmate attacking another inmate or a member of the staff.

The people working there were so frightened that they would walk close to the walls if they saw an inmate coming their way in a corridor, even though they were all shackled, all the time –but more than once this wouldn’t stop an agression. The inmates would never be brought outside to get fresh air because of their relentlessly threatening attitude. The scarcity of staff was a chronic occurrence. Nurses, wardens, employees would prefer to be on sick-leave most of the time in order not to confront such a depressive and dangerous environment. Dr. Hew Len, the Teacher of the healing system Ho’oponopono

One day, a newly appointed clinical psychologist, a Dr. Stanley Hew Len, arrived at the ward. The nurses rolled their eyes, bracing themselves for one more guy that was going to bug them with new theories and proposals to fix the horrid situation, who would walk away as soon as things became unpleasant, around a month later, usually. However, this new doctor wouldn’t do anything like that. Actually he didn’t seem to be doing anything in particular, except just coming in and being always cheerful and smiling, in a very natural, relaxed way. He wasn’t even particularly early in arriving every morning. From time to time he would ask for the files of the inmates.

He never tried to see them personally, though. Apparently he just sat in an office, looked at their files, and to members of the staff who showed an interest he would tell them about a weird thing called Ho’oponopono. Little by little things started to change in the hospital. One day somebody would try again to paint those walls and they actually stayed painted, making the environement more palatable. The gardens started being taken care of, some tennis courts were repaired and some prisonners that up until then would never be allowed to go outside started playing tennis with the staff. Other prisonners would be allowed not to be shackled any more, or would receive less heavy pharmacological drugs. More and more obtained permission to go outside unshackled, without causing trouble to the hospital’s employees.

In the end, the athmosphere changed so much that the staff was not on sick leave any more. Actually, more people than needed wished now to work there. Prisonners started gradually to be released. Dr. Hew Len worked there close to four years. In the end, there remained only a couple of inmates that were relocated somewhere else and the clinic for the mentally insane criminals had to close.

I have to confess that I don’t remember reading in my whole life one single self-help book. Titles like how to get wealthy in two simple steps or the sure road to love and riches or marketing with the stars or secure your health with this ancient secret of the mayas never passed from my eyes to my consciousness, I simply never paid attention to them.

So when my neighbor Norma, an 81 year young lady filled with strength, enthousiasm and New York witt, told me: “rosario, you have to read this new book by Joe Vitale”, I stared at her with probably a blank expression, and I asked “who is Joe Vitale?” The extent of my ignorance was too wide for her to try to diminish it, so she replied, “never mind, you have to read this book”. “It’s about a doctor who emptied a ward for mentally insane criminals in a couple of years, just saying a few words to himself.”

I asked, “could you repeat what you just said?” And she did. The book displayed all the signs of the self-help book: ZERO LIMITS, The Secret Hawaiian System for Wealth, Health, Peace, and More, but it was too late, I had heard about the doctor and I had developed an instant frenzy, a desperate need to learn what he had done with the crazy criminals, so I grabbed the book and rushed home and started reading, and I didn’t stop until the last word.

What did Dr. Hew Len do to the patients, how did he treat them that the results were so spectacular? He didn’t do anything. Not a thing to them nor with them, except looking at their files. He only tried to heal himself, applying an old, traditional community problem-solving system from Hawaii, called Ho’oponopono, adapted to individuals by his Teacher, the late Hawaiian sage Morrnah Nalamaku Simeona. And what was he doing to himself? In his own words: “I was simply healing the part of me that created them”.

Actually, he used to sit in his office and look at the patients’ files. While perusing them, he would feel something, a pain, an empathy. Then he started the healing on himself, taking full responsibility for what was going on with a given patient. That’s how those people got better, because their doctor had the strange view that it was himself who needed the healing, not them.

Simply put, Ho’oponopono is based on the knowledge that anything that happens to you or that you perceive, the entire world where you live is your own creation and thus, it is entirely your responsibility. A hundred percent, no exceptions.

It’s your responsibility doesn’t mean it’s your fault, it means that you are responsible for healing yourself in order to heal whatever or whoever it is that appears to you as a problem.

It might sound crazy, or just plain metaphorical, that the world is your creation. But if you look carefully, you will realize that whatever you call the world and perceive as the world is your world, it is the projection of your own mind. If you go to a party you can see how in the same place, with the same light, the same people, the same food, drink, music and athmosphere, some will enjoy themselves while others will be bored, some will be overenthousiastic and some depressed, some will be talkative and others will be silent. The “out there” for every one of them seems the same, but if one were to connect their brains to machines immediately it would show how different areas of the brain would come alive, how different perceptions there are from one person to the next. So even if they apparently share it, the “out there” is not the same for them, let alone their inner world, their emotions.

How do you heal yourself with Ho’oponopono? Three steps: by recognizing that whatever comes to you is your creation, the outcome of bad memories buried in you mind; by regretting whatever errors of body, speech and mind caused those bad memories, and by requesting Divine Intelligence within yourself to release those memories, to set you free. Then, of course, you say thank You.

There are seminars where they teach you many tricks to help this process, but according to Joe Vitale, Dr. Hew Len himself uses the simplest of the formulas from Ho’oponopono. Whenever a matter arises –and they arise incessantly– adressing the Divine within you, you only have to say: I love You, I’m sorry, Please forgive me, Thank You.

That we can obtain big things from Ho’oponopono has already been shown: the healing of an entire ward of insane criminals seems far more difficult a task than any of our personal troubles. There are, no doubt, piles of testimonies from practitioners. Dr. Hew Len says, however: this is not fast food. The cleaning of memories requires a lot of concentration and persistence and is an unending job. But the result is what he calls Zero Limits, a state where one is free from the past, and suffused with Divine Intelligence and love.

(Comments by Danell Glade) – I have used this many many many times in my life – driving down the road, before meditating etc.  One time I was working at clearing some negativity between some of my family members.  I took everyone’s photo and put it on a shelf.  I placed a few crystals and stones around and put these 4 short statements hand-written on the photos.  It works people – this works wonderfully.  Every time I saw this reminder – I would pause and say it a few more times while I looked at each person in the photos.   Say these words to yourself while you wait in line behind someone that you are getting agitated with.  It helps you clear your energy and negativity.   Find yourself saying this dozens of times a day. 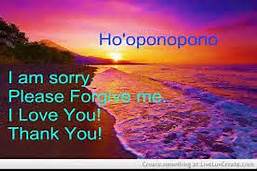 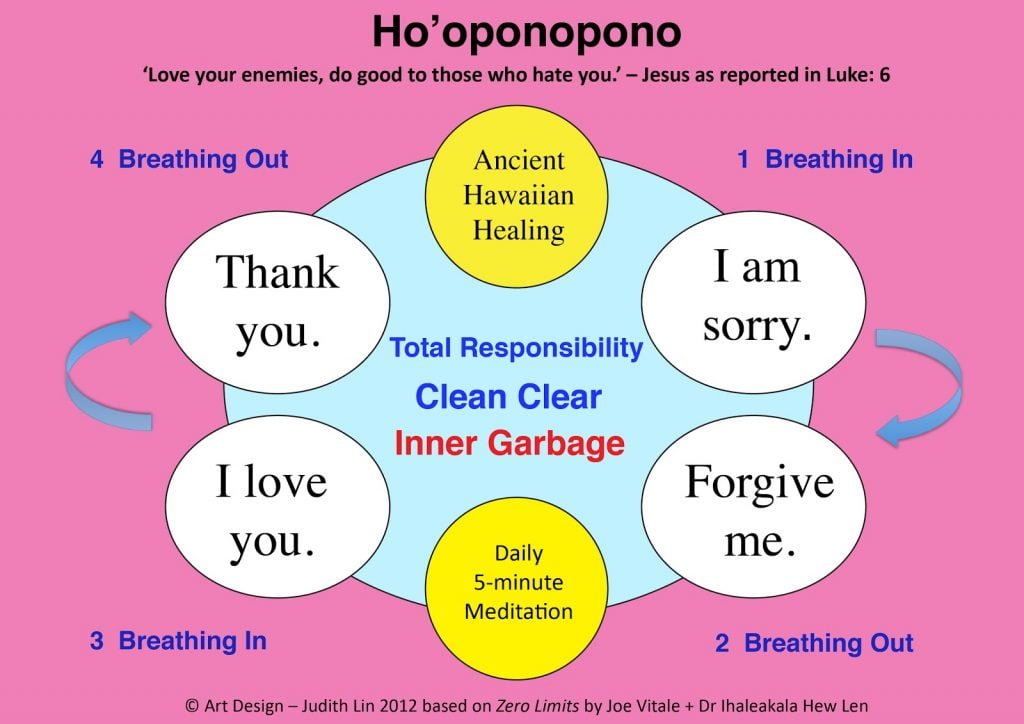