Prepare For Change
Home Healing STUDIES SHOW WHAT HAPPENS TO YOUR HEART WHEN YOU GO VEGAN OR... 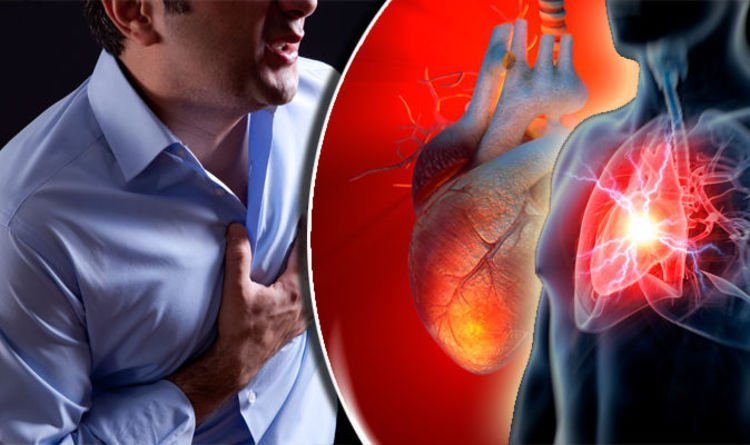 * Please be advised that there are multiple, heavily soured articles at the bottom of this one with a wealth of information about vegetarian/vegan diets. Please check them out if you’re interested and want to further your research.

Proper nutrition is essential for good health, and it’s disturbing how little doctors learn about it in medical school. As a result, they are unable to educate their patients on how to use nutrition to improve their health, or they offer advice based on science paid for by food corporations. The studies in this area are also not as strong as they could be, and that’s simply because they modern day medical industry is very invested in chemical medication.

The scientific literature these corporations use to indoctrinate us from an early age has been exposed as fraudulent, as countless studies have emerged showing the many problems with the modern day diet, which is the generally accepted diet. The problems with mass marketing and the manipulation of science require serious attention. After all, what exactly are we supposed to think when multiple editors-in-chief of peer-reviewed journals come out and blatantly say most of the research published these days is completely false? What are we supposed to think when new publications constantly offer a different narrative than the ones presented by major food corporations?

A recent FOIA investigation actually uncovered documents that show how the Food and Drug Administration (FDA) manipulates media and science press. This is hardly a surprise, as government agencies have long been involved with media manipulation, and several mainstream media journalists and news anchors have revealed this fact time and time again.

So, have we been completely misguided about nutrition and human nutritional requirements, which is why it’s so great to see more and more people becoming aware of this fact and taking their health into their own hands. It’s not a mystery why disease rates keep rising. While there are multiple factors at play here, the evidence points to mass meat consumption as a major one.

A Healthy Heart and How It Relates to Diet

“Studies are confirming the health benefits of meat-free eating. Nowadays, plant-based eating is recognized as not only nutritionally sufficient but also as a way to reduce the risk for many chronic illnesses.” (source)

From a scientific/biological perspective, the benefits of a meatless diet are inarguable. It makes one wonder why there is such a harsh resistance to this lifestyle. Skeptics will often point to the theory that we’ve been doing it this way for thousands of years, but that’s not true. Many experts in that field have repeatedly argued that our ancestral diets  were mostly plant-based, that meat was a ‘rare treat,’ and that our digestive systems aren’t really built for digesting meat on a daily basis.  Some of our ancestors had, as anthropologist Katherine Milton describes them, “different yet successful diets.” She says  some hunter-gatherer societies obtained almost all of their dietary energy from plants, and others obtained it from “wild animal fat and protein,” but that “does not imply that this is the ideal diet for modern humans, nor does it imply that modern humans have genetic adaptations to such diets.” (source)

An article by Rob Dunn written for Scientific American titled “Human Ancestors Were Nearly All Vegetarians” explores this issue from an evolutionary perspective, revealing how our guts might be evolved to perform best on a vegetarian diet, with perhaps the occasional piece of meat here and there as a rare treat.

The point is, it’s not all cut and dry like we’ve been made to believe.

There are many aspects to good health, and a vegan/vegetarian diet has proven to have benefits in several different areas. It’s particularly notable when we look at heart health. The number one cause for death in the United States, it is directly impacted by diet.

“Our standard American diet, also known as SAD, has put our country at the top of the list in the world for obesity, which increases the risk for serious health problems. Overwhelming scientific evidence links the consumption of meat and meat products to numerous diseases. . . . The World Health Organization (WHO) now places red and processed meat at the same danger level as cigarettes and asbestos. Meat is the new tobacco.”

Take a look at the graphic below regarding heart disease, the number one killer of Americans today. The risk of death from heart disease is significantly lower in vegetarians, and even lower in vegans.

Even the American Dietetic Association has weighed in with a position paper, concluding that “appropriately planned vegetarian diets, including total vegetarian or vegan diets, are healthful, nutritionally adequate, and may provide health benefits in the prevention and treatment of certain diseases.”

These diseases include heart disease, cancer, diabetes, and more.

There is a lot of science to back this up now, so much so that even the President of the American College of Cardiology, Dr. Kim A. Williams, has adopted a vegan diet. Talk about heart health…

He often sees patients who are overweight and struggling with hypertension, type 2 diabetes, and high cholesterol. One of the things he advises them to do specifically is to go vegan. He is also the Chairman of Cardiology at Rush University Medical Center in Chicago. His enthusiasm for a planet-based diet comes from his interpretation of medical literature, having cited several studies proving that people who pursue vegetarian diets live longer than meat eaters and have lower rates of death from heart disease, diabetes, and kidney problems. (source)

It’s great to see more and more professionals realize this, as the science shows that a vegan/vegetarian diet can halt and even reverse multiple diseases.

Research carried out by Dr. Dean Ornish, who found that patients who were put on a program that included a vegetarian diet had less coronary plaque and fewer cardiac events, is also commonly cited.

And there’s plenty more where that came from.

Another heart surgeon who has done a lot for awareness, Dr. Ellsworth Wareham, explains:

“Veganism is a very fine form of nutrition. It’s a little extreme to tell a person who is using flesh foods that you’re going to take everything entirely away from them. When I was in practice in medicine, I would tell the patients that the vegetable-based diet was the healthy way to go, and to keep away from the animal products as much as possible. People are very sensitive about what they eat. You can talk to people about exercising  relaxation, good mental attitude and they will accept that. But you talk to them about what they are eating and people are very sensitive about that. If an individual is willing to listen, I will try to explain to them on a scientific basis of how I think it’s better for them.”  (source)

This trend is inciting further scientific inquiry as its popularity grows. At least 542,000 people in Britain now follow a vegan diet — up from 150,000 in 2006 —  and another 521,000 vegetarians hope to reduce their consumption of animal products. It is evident that veganism has become one of the fastest growing lifestyle choices.

One of the most comprehensive studies ever performed on this subject is “The China Study,” conducted by Drs. T. Colin Campbell and Thomas Campbell. Their findings showed direct correlations between nutrition and heart-disease, diabetes, and cancer, proving that cultures that eat primarily plant-based diets have lower to no instances of these diseases and that switching to a plant-based diet can successfully reverse diseases already established in the body.

The Common Criticisms of This Type of Lifestyle Change

“One of the saddest lessons of history is this: If we’ve been bamboozled long enough, we tend to reject any evidence of the bamboozle. We’re no longer interested in finding out the truth. The bamboozle has captured us. It’s simply too painful to acknowledge, even to ourselves, that we’ve been taken. Once you give a charlatan power over you, you almost never get it back.”

The problem with many of the truths we hold as universal, not just about nutrition, but all aspects of our world, is that we’ve been bombarded with beliefs from biased sources for years and then accepted those believes as truth. And when someone believes something for a long enough time, if they encounter information that conflicts with that belief system, they do everything in their power to defend it. It’s called cognitive dissonance, and it’s why it can be extremely difficult to talk to a meat-eater about the benefits of veganism/vegetarianism.

The bottom line is, humans do not require meat, and a vegan/vegetarian diet, or a diet severely restricted in meat consumption, is a far healthier option.

This growing awareness is part of a shift in human consciousness that’s taking place on several different levels. Transparency is emerging within not only the food industry, but our health industry, the financial industry, our political systems, and more. We are finally learning that the truth truth regarding so many different topics has been skewed.

Please check out the articles below:

Plant Based Protein vs. Protein From Meat, Which One Is Better For Your Body?

9 Things That Happen When You Stop Eating Meat

What Would Native American Wisdom Say About Going Vegan or Vegetarian: Would It Agree or Disagree

Scientists Say You’ll Get Your Protein From Plants Not meat, If You Want To Be Healthier