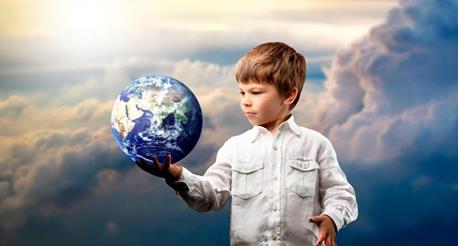 What can I say? I’m not sure where this is going other than wanting to share with you as frankly as possible where I find myself right now. This past year has been the most difficult year I would say since I started my website in 2012. For at least 3-4 months in the spring this year I went through a hell of a time health wise. I’m stronger now. Yes, I have been under attack there’s no doubt about that. I will have to admit that when I choose to compile a two-part article entitled The Taking Down of the Chimera the Root of all Evil in May of 2016 I was extremely naïve or slightly crazy. I had always felt protected with the work that I’ve been doing but with this article I was asking for trouble.

Throughout these years Cobra has provided us with so many details of how the archons and Chimera have been controlling and negatively affecting our lives and it was only when this information became available in 2012-2013 that I could begin to connect the dots to earlier times in my life that I have been to hell and back. There have been a number of attacks on my life from the late 90’s and then in 2002 – 2003 which kept me ‘tied up’ until about 2007-8.

In 2010 I recall suddenly feeling reborn and full of energy and through first learning about the work of Keisha Crowther – Little Grandmother I then discovered so many wonderful lightworkers and websites learning more and more about the truth. I read nonstop for almost two years until Cobra started his blog and I ‘knew’ he was telling the truth. So, when he started his conferences I knew I had to go to one and meet him and Isis. He had seen my website and encouraged me to keep writing and, so I compiled all the info about The Event on Veritas at the end of 2012.

David Wilcock wrote a new article recently. It’s four pages long and full of enormous detail as David doesn’t do anything by halves. Besides all the facts regarding disclosure of various kinds we also learn how close insiders to David have had major attacks on their lives. One came home to discover everything gone in his house all that was there was a bullet standing on the sink. Shortly after he and his girlfriend were in a frontal car crash but luckily survived with whiplash and other minor injuries. One other insider was found dead. When David himself recently drove down a mountain road his brakes failed completely but he had reached the bottom of the hill before they ‘failed’. David explains how he has kept a low profile for months after several death threats. If you are someone who likes to know what’s going on behind the scenes, then I recommend that article and also the recent Cobra / Michael Salla interview by the ‘Unknown Warrior’ which will connect the dots on the entire picture BUT only if you have been following The Portal and possibly DW and Corey Goode for quite some time.

Censorship is everywhere. I have a Facebook page blog that I have used for 5 years to keep regular contact with my ‘Veritas’ readers. The figures have always had periods of ups and downs. A few years back when there were high numbers on many posts suddenly these numbers disappeared on the ten previous posts showing the number of readers to be 4 or 6. This has always gone back and forth. About a month ago there were some posts with as many as 12-14000 readers and now as low as less than one thousand. Even on the PFC website articles by myself have 400 Facebook shares one moment then next day down to 40 again. Blog readers have informed me that they are informed that the blog is ‘unsafe’. Yes, its unsafe – unsafe for them. If you use google, chrome, safari as search engines the censorship is enormous.

You may recall that I reposted an article by James Gilliland a few months ago which has the title ‘We are in for a Wild Ride!’ all the signs point in that direction now. Towards the close of the Cobra / Salla interview Cobra mentioned that things will become more intensive soon. He mentioned there would be both positive and negative surprises. He suggested that it is a time to remain calm and inwardly persevering. Know our mission and follow our mission. You might be one of the group called the 144000, or you might belong to some other group of lightworkers. Your mission might be prior to or at the time of The Event or in the rebuilding of Nova Gaia.

Cobra cannot divulge much information right now which I think anyone can easily understand. The ‘Unknown Light warrior’ mentioned that we don’t really ‘get’ just how powerful we are. He said that we should realise that we have much more power to affect change on the plasma, astral and etheric planes { such as removal of any remaining parasitical entities with toplet bombs } while going there from a physical body compared to a presence there between lives. Let’s also continue to anchor Goddess Energy on Gaia any way that we can.

I asked Archangel Michael if He would like to add any message to you and me now. My understanding of His advice is the following.

Lightworkers need to have moderation and balance in their lives. They need to eat well, drink lots of clean water, ground themselves preferably outdoors on a daily basis, get good sleep, quell internal unnecessary thinking by finding composure in meditation 2-3 times daily. Not in least connect with Source at least once a day – morning time is good. It’s also important to find and put focus on your joy. Most of you already know all of this but He reminds us that by keeping a carful inward moderation our outward actions gain influence and weight. In every way and in all of our relationships we need to continue to develop balanced loving give and take. We need this balance in our lives if we are to be completely ready for all that lies ahead.

He asks us to make preparations now for the coming change. We are not ‘there’ yet but we are now moving there fast and so to accomplish our goal and change the entire situation we have to stay awake and focused at all times.

We are soon going to find ourselves parting ways with so many inferior elements on this planet. We simply just keep moving forward and suddenly when we least expect it we will reach Victory of the Light!

In case you a have not seen it, this is a recent article I wrote about the time of Transition:

Another reminder for daily toplet bomb + removal meditation for those who feel so called:

Setting Your Spiritual Compass to THRIVE in 2023