Prepare For Change
Home Awakening RESEARCHERS SHOW WHERE THE ALUMINUM TRAVELS TO IN THE BODY & STAYS... 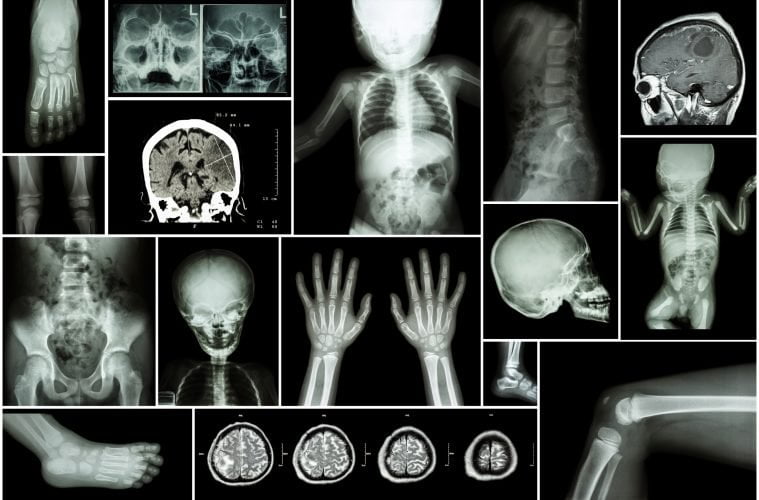 When it comes to the most widely used adjuvant ingredient found within vaccines, aluminum, many questions have yet to be answered, particularly when it comes to where the aluminum goes after injection, an issue known as biopersistence.

“Evidence that aluminum-coated particles phagocytozed in the injected muscle and its draining lymph nodes can disseminate within phagocytes throughout the body and slowly accumulate in the brain further suggested that alum safety should be evaluated in the long term.” (source)

This study has prompted further research evaluating the potential hazards of injected aluminum, which begs the question, why hasn’t proper evidence and evaluation been published showing that it’s safe to inject aluminum into babies via several vaccines in a short period of time? Aluminum adjuvants may be effective for stimulating an immune response, but to simply presume there are no consequences for doing this, or to not emphasize or even state the adverse effects that have been discovered, is, I would argue, criminally negligent.

Such negligence is not uncommon when dealing with pharmaceutical companies, however. For example, a study published in the British Medical Journal and conducted by researchers at the Nordic Cochrane Center in Copenhagen showed that pharmaceutical companies were not disclosing all information regarding the results of their drug trials.

Even the FDA has been caught manipulating media and science press.

Examples of such fraud and corruption are endless, and the result of what many have dubbed the “corporatization” of science. Many from within the field have published a lot of work with the intention of creating more awareness about this grim reality.

Dr. Marcia Angell, a physician and longtime Editor-in-Chief of the New England Medical Journal (NEMJ), one of the most prestigious peer-reviewed medical journals in the world, has said that “it is simply no longer possible to believe much of the clinical research that is published, or to rely on the judgment of trusted physicians or authoritative medical guidelines. I take no pleasure in this conclusion, which I reached slowly and reluctantly over my two decades as an editor of The New England Journal of Medicine.”  (source)

She is one of many. You can read more about this here: Peer-Reviewed Science Losing Credibility as Large Amounts of Research Shown to Be False

It’s good to see that we are entering a time when these vaccine ingredients aren’t just assumed to be safe, especially aluminum, which had no place on planet Earth until humans made it, and it definitely has no place in the human body. Because vaccines have, historically, been viewed as non-toxic substances, the FDA and vaccine manufactures simply didn’t conduct appropriate toxicity studies to prove the safety of vaccine ingredients, like aluminum. (source)

A study published in BMC Medicine showed that alum-containing vaccines were associated with the appearance of aluminum deposits in distant organs, such as the spleen and brain, and were still detectable one year after injection. The same group from France published another study two years later, emphasizing that there are “several gaps in the knowledge on alum particles, including their exact mechanisms of action, their fate after injection, their systemic dissemination, and their safety on the long-term. Efforts have been done in the last years to develop novel adjuvants, but attempts to seriously examine safety concerns raised by the bio-persistent character and brain accumulation of alum particles have not been made.”

Fast forward to this year, and multiple in vivo studies have been published showing that injected aluminum, and aluminum used as an adjuvant within vaccines, does not come into the same method of excretion as aluminum that accumulates in our body from our food, for example. Our bodies do a good job at eliminating this type of aluminum, but the same cannot be said of injected aluminum. This is why multiple studies are implicating injected aluminum with multiple neurodegenerative disorders, like autism in the short term, or Alzheimer’s in the long term, because aluminum could be going to the brain and staying there for life.

Apart from observed behavioural abnormalities, the 2017 study showed that the “measurement of cerebral Al (aluminum) revealed a significantly higher Al level in brains from animals injected . . . than in brains from control group.” (source)

What’s also interesting is that there was “no significant increase” detected in the animals that were injected with a higher dose.

It’s concerning, especially because we already know that environmental aluminium has long been suspected to act as a co-factor in several chronic neurological diseases (Van Rensburg et al., 2001; De Sole et al., 2013; Exley 2013, 2014). Please refer to these studies to see the mechanism by which these authors are suggesting aluminum is transported to the brain.

Here is a great quote from Dr. Jose G. Dores, a professor at the University of Brasilia’s Department of Nutritional Sciences who recently published a study in the International Journal of Environmental Research and Public Health. In the study, he offers the following observation: “Despite their long use as active agents of medicines and fungicides, the safety levels of these substances have never been determined, either for animals or for adult humans—much less for fetuses, newborns, infants, and children.”  (source)

Below is a video with Dr. Christopher Shaw, a professor from UBC, explaining why injected aluminum is a concern. We also recently conducted an interview with him, and will be releasing some of that out to you soon.

Here is a great video by Dr. Christopher Exley, a Professor in Bioinorganic Chemistry at Keele University and Honorary Professor at UHI Millennium Institute. He is known as one of the world’s leading experts on aluminum toxicity.

With So Many Studies Raising Concerns, Why Do So Few People Know About This?

The same thing has happened with mercury. Not long ago, Robert F. Kennedy Jr., Chairman of the World Mercury Project (WMP), announced a $100,000 challenge and initiative aimed at putting an end to the inclusion of mercury, a neurotoxin 100 times more poisonous than lead, in vaccines administered in the U.S and globally. He held a press conference presenting a number of scientific publications raising several concerns with regards to injecting mercury into children. As with aluminum, there are no studies proving it’s actually safe to do this.

The studies upon which the CDC relies and over which it exerted some level of control report that there is no increased risk of autism from exposure to organic Hg in vaccines, and some of these studies even reported that exposure to Thimerosal appeared to decrease the risk of autism. These six studies are in sharp contrast to research conducted by independent researchers over the past 75+ years that have consistently found Thimerosal to be harmful. As mentioned in the Introduction section, many studies conducted by independent investigators have found Thimerosal to be associated with neurodevelopmental disorders. Considering that there are many studies conducted by independent researchers which show a relationship between Thimerosal and neurodevelopmental disorders, the results of the six studies examined in this review, particularly those showing the protective effects of Thimerosal, should bring into question the validity of the methodology used in the studies. (source)

You can read more about that here.

So why does nobody know about this? Political insider Robert F. Kennedy Jr. explains:

Vaccines are big business. Pharma is a trillion-dollar industry with vaccines accounting for $25 billion in annual sales. CDC’s decision to add a vaccine to the schedule can guarantee its manufacturer millions of customers and billions in revenue with minimal advertising or marketing costs and complete immunity from lawsuits. High stakes and the seamless marriage between Big Pharma and government agencies have spawned an opaque and crooked regulatory system. . . .

Public health may not be the sole driver of CDC decisions to mandate new vaccines. Four scathing federal studies, including two by Congress, one by the US Senate, and one by the HHS Inspector General, paint CDC as a cesspool of corruption, mismanagement, and dysfunction with alarming conflicts of interest suborning its research, regulatory, and policymaking functions. (World Mercury Project)

There are real life examples of this too, like, William Thompson, a longtime senior CDC scientist who published some of the most commonly cited pro-vaccine studies, which showed that there was absolutely no link between the MMR vaccine and autism (Thompson, et al. 2007, Price, et al. 2010, Destefano, et al. 2004). Dr. Thompson recently admitted that  it was “the lowest point” in his career when he “went along with that paper.” He went on to say that he and the other authors “didn’t report significant findings” and that he is “completely ashamed” of what he did. He was “complicit and went along with this,” and regrets that he has “been a part of the problem.” (source)(source)(source)

I could go on, but I’ll conclude by saying that we must continue to raise our voices and demand transparency. We must not let the corporate world continue to wreak havoc and sacrifice our health for their greed.

Collective Evolution is a platform of animal activists, and it does conflict me to constantly look at studies where animals are bred and grown for such a sacrifice. That being said, perhaps for now, in some cases it can be looked upon the way the indigenous looked upon the animals they used to sustain themselves. You can read more about that here, in an article discussing what Native North American elders might say about a vegan diet and the modern day meat industry.  Some of the things animals are subjected to in the name of “science” are actually horrible. The cosmetics industry, to name one, is a heart-breaking example. Why are animals considered lesser beings? If these products are for us, they should be tested on humans. Perhaps one day we will be able to grow human bodies, devoid of any consciousness, to advance science, but then a number of other questions come into play.

As far as vaccines go, injecting aluminum into an animal is almost unnecessary at this point in my opinion, because as far as I’m concerned, we already know the result is not going to be good, so what’s the point of continuing to do so? Unfortunately, the language of science is far different, and perhaps these animals, on some deeper level, played that role so we can open our eyes and see the bigger picture. This type of perspective is discussed in the article linked in the previous paragraph, stories of Native North Americans and their relationship with animals might help with this perspective.

Not in all cases, but in many cases, alternatives to animal testing are sometimes more effective, quicker and cheaper. But this may not be true for all cases.