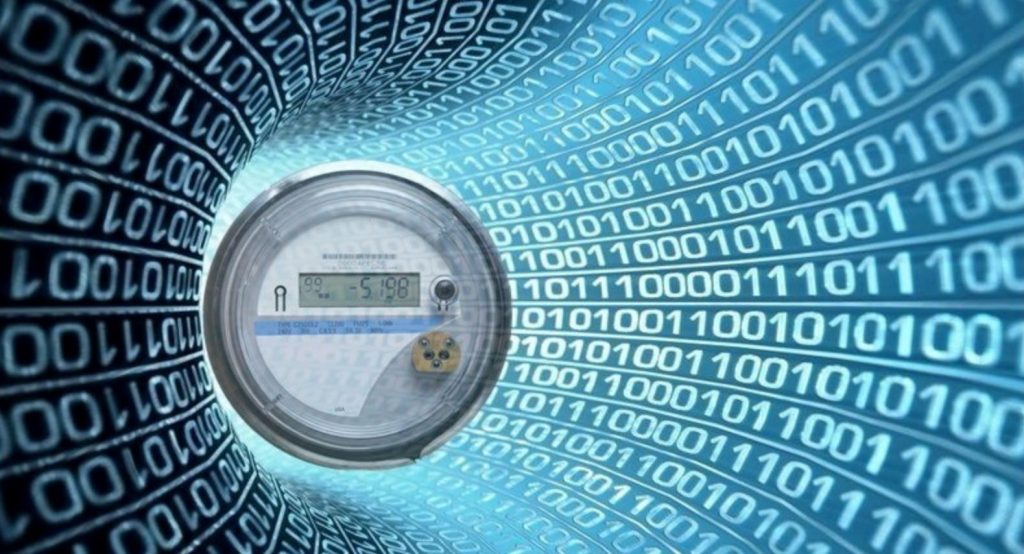 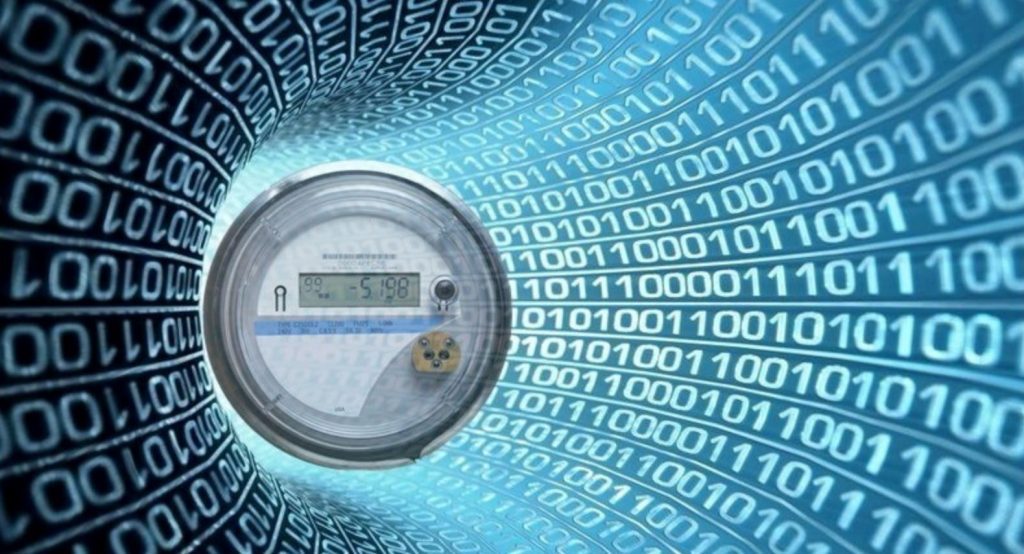 In 2011, Consumers Digest predicted that “Smart” Meters “represents little more than a boondoggle that is being foisted on consumers by the politically influential companies”:   “Why Smart Meters Might Be a Dumb Idea.”

So it’s not all that surprising that so far – hundreds of thousands of “Smart” Meters have been recalled and/or replaced throughout North America due to various reasons including fires, explosions, general failure, and measurement errors.  There are utility companies who are already making plans to replace hundreds of thousands more.

All over the world, concerned citizens, elected officials, and organizations have been fighting to keep “Smart” Meters out of their communities due to health, safety, privacy, and cybersecurity concerns.  When they haven’t been able to completely stop utilities, they fight for the right to “opt out” of “Smart Meters” being installed on their homes and businesses.

Even proponents who originally gushed about “Smart” Meters seem to have changed their tune.  One example is Sara Jerome of Water Online:

From her 2015 article, “Tapping Into the Power of Smart Meters”:

The capabilities of smart water and electric meters are astounding, going far beyond what consumers may normally associate with this technology. GreenTechMedia recently documented just how powerful these devices can be.

“The cost of installing a smart meter is a] heavy lift no matter what the size of the utility,” George Hawkins, DC Water’s chief executive officer and general manager, told Bloomberg BNA.

Now back to the hundreds of thousands that have been replaced and/or recalled already as well as the plans to replace more.  This isn’t a complete list and it only includes examples from North America.  Problems are going on everywhere with these “Smart” Meters.  Certainly there are people profiting from them but it doesn’t seem to be the consumers.

“Big rig crash into pole leads to power surge in Discovery Bay”  — Besides the exploding SmartMeters, one resident told us smoke and some flame was shooting out of the outlets inside her home.

For an updated list of where fires and explosions have occurred, visit http://emfsafetynetwork.org/smart-meters/smart-meter-fires-and-explosions/

“After years of obvious problems, Hydro One finally admitted that rural ‘smart’ meters do not work, and has decided to pull the plug on 36,000 of them — to start.”  http://www.collective-evolution.com/2016/01/20/ontario-pulls-plug-on-36000-rural-smart-meters-is-big-energy-imploding/

“BC Hydro must remove 88,000 meters suspected of failure.”  http://theprovince.com/news/b-c-hydro-must-remove-more-than-88000-smart-meters

“Seven years after installation, 45,000 smart meters replaced in Arizona due to failure.”  http://smartmeterharm.org/2015/11/28/arizona-enormous-costs-for-customers-as-aps-replaces-all-its-smart-meters/

The coordinated propaganda campaign between the CPUC, PG&E and marketing firms that resulted in the smart meter deployment couldn’t tolerate news such as the fact that 500,000 smart meters were at risk for overcharging in hot weather. http://emfsafetynetwork.org/smart-meters/complaints/structure-report-smart-meter-conflict-of-interest-and-cover-up/

Officials at the Public Service Company of Oklahoma say they will replace around 25,000 smart meters in the Tulsa metro area. Recently the manufacturer of these smart meters notified PSO there is a malfunction that could cause the meter’s screen to go blank.  http://ktul.com/news/local/pso-smart-meter-recall-wont-cost-customers

The City of Santa Fe’s decision to replace its Firefly water-meter readers, installed just under 10 years ago and now largely known for their failings… is expected to cost $6 million for the equipment and installation of 36,000 meters, and an additional $2 million for service, software maintenance and cell tower space for signal transmission over the 10-year contract. http://www.wateronline.com/doc/consumer-complaints-soar-installs-smart-meters-0001

Meanwhile in Naperville, IL in 24 hours the verdict changed on the cost effectiveness of smart water meters:

February 25, 2016:  “Naperville water meters too costly to read remotely, director says”  — Despite this:

As Naperville gets ready to retrofit up to 4,000 homes each year with new electronic water meters, the city’s water director stressed that reading the meters remotely is not cost effective and workers will continue going home to home to retrieve the information.  The city is preparing to purchase Sensus iPerl water meters to replace aging and less-accurate mechanical meters. The first 4,000 should be installed in the fall, and the rest would follow at a rate of 4,000 annually until all 43,000 in Naperville are replaced.

March 1, 2016 in Arizona:  “Safford correcting overbilling errors,” Eastern Arizona Courier, Feb. 20, 2016. “Meter readers will physically read the meters for the next three months at no charge. In addition, “(several thousand of) all gas meters will be inspected and recalibrated manually by staff from the Gas and Customer Service Department.”    http://www.eacourier.com/opinion/bibb-are-smart-meters-coming-home-to-roost/article_13aaeac8-dcd9-11e5-bb7a-47ba0d534293.html

November 2016:  “LADWP Accidentally Overcharged Its Customers By At Least $67.5 Million”:  After LADWP installed the PricewaterhouseCoopers designed billing system, customers almost immediately began finding bogus fees and overcharges on their utility bills. Four separate individuals filed class-action lawsuits against LADWP, all of which were eventually merged into one single case, according to KPCC.

Feb 2017:  “But Larocque says when Consumers Energy installed its new ‘upgraded meter,’ the exact opposite happened to his bill. Gas usage remained the same but electricity usage doubled. The family’s total bill for December, $592.96”  http://www.wilx.com/content/news/Consumers-Energy-blames-cold-winter-for-spike-in-bills-412743573.html

The new meters will replace not only old analog mechanical meters, but also first-generation smart meters deployed in past years by Duke Kentucky as part of a pilot project.  Those meters communicated with a central office using signals sent on power lines, a system that Duke Kentucky said had technical limitations.

The system had a ten year warranty and now more than 6000 of those smart meters no longer give out a signal. The parish CFO Ross Gonzales estimates by the end of the year more than half of the registers will no longer transmit a signal.

In 2015, The League of United Latin American Citizens (LULAC) created their “Resolution For A Moratorium on the Installation of ‘SMART’ Meters and No Cost Opt-Out” because of their concerns:  http://coalitionforsafemeters.org/LULAC/LULAC_OfficialSmartMeterMoratorium.pdf

Bennett Gaines, the chief information officer for Ohio-based FirstEnergy, told a U.S. Congress subcommittee in October 2015, “The lifespan is five to seven years for a wireless “smart” meter.” and “These devices are now computers, and so they have to be maintained.”  First Energy received $57 million in federal stimulus.  http://smartmeterharm.org/2015/10/30/utility-exec-tells-u-s-congress-smart-meters-have-5-7-year-lifespan/

What has happened with the mass deployment of wireless smart meters without consultation or informing insurers, education, sciences or anyone requires that Forensic Audit. The idea that a plastic head with water or the ridiculous Specific Absorption Rate test was represented as science substantiating safety requires an investigation based on a global unprecedented health and environmental emergency.” http://thermoguy.com/category/news-and-updates/

2017 Dutch Study of the 9 most commonly installed “smart” meters found that they cause measurement errors 30%-582%.  It was also counterchecked.  https://www.utwente.nl/en/news/!/2017/3/313543/electronic-energy-meters-false-readings-almost-six-times-higher-than-actual-energy-consumption; https://www.digitaltrends.com/home/smart-meter-exaggerate/

Original one-way transmitting analog meters lasted on average 40 years and they didn’t have these problems.