Prepare For Change
Home Awakening Chemotherapy found to increase the number of tumor cells circulating in the... 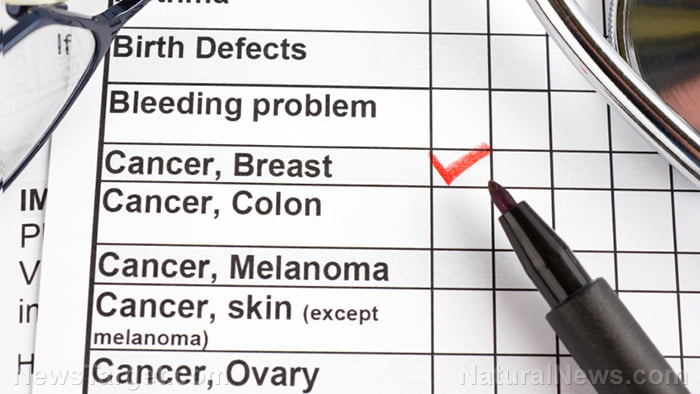 Chemotherapy is a pretty scary prospect, but a lot of people are convinced by their doctors that its potential benefits are worth enduring the very unpleasant side effects. Unfortunately, a new study shows that getting chemotherapy before surgery can actually increase the tumor cells in your blood and spread the cancer to other areas. This adds to the growing body of evidence that chemotherapy isn’t as solid of a cancer treatment as many doctors make it seem.

According to the study, which was published in Science Translational Medicine, several common breast cancer chemotherapy drugs that are used for treating localized as well as advanced breast cancer actually caused the number of microscopic structures found in breast tumors to grow. This is known as tumor microenvironment of metastasis (TMEM), and it helps invasive cancer cells to break out of the tumor and circulate into the body at large.

This is significant because it is usually distant metastasis – which occurs when cancer cells from a primary tumor in the breast form tumors in other parts of the body – that kills breast cancer patients rather than the breast tumor itself.

In the study, the researchers used four mouse models of breast cancer that were developed to imitate the clinical scenario of patients getting chemotherapy before surgery for shrinking primary tumors in locally advanced disease and killing the cancer cells that have moved into the nearby lymph nodes and elsewhere.

They found that the mice who were given the chemotherapy drug paclitaxel had anywhere from two to three times the number of TMEM as those who were not given the drug, and their TMEM activity was also heightened. This was manifested via a higher density of macrophages, a greater permeability in tumor blood vessels, and an increased expression of Mena protein forms found in invasive cancer cells.

As if that weren’t bad enough, the paclitaxel treatment also caused the number of tumor cells in circulation to double and led to increased micrometastasis in the subjects’ lungs.

Three drugs identified that cause breast cancer to spread

Paclitaxel wasn’t the only drug that spurred TMEM formation. Two other common chemotherapy drugs also had a pretty poor record in the study. Both cyclophosphamide and doxorubicin led to higher TMEM activity, more TMEM sites, and a greater number of circulating tumor cells in mice.

To see how humans fared, the researchers compared biopsy specimens that were taken from 20 breast cancer patients prior to and following treatment using a neoadjuvant regimen of doxorubicin, cyclophosphamide, and paclitaxel. They discovered that the majority of the patients studied had noted a rise in TMEM sites following the neoadjuvant chemotherapy. Five of the patients experienced an increase in the number of TMEM that was more than fivefold, while none showed a decrease.

Unfortunately, chemotherapy leaves a lot to be desired as a cancer treatment. While it would be unfair to say it has no benefits for anyone at all, many patients become sicker as a result of it. Since January 1, 2000, nearly 18 million people have died from chemotherapy, according to the Pharma Death Clock.

In addition, it brings with it a lot of unpleasant side effects. Most of us have heard about the nausea and hair loss that it causes, but studies have also shown that chemotherapy can cause breast cancer patients to suffer from brain damage. One study in particular, from the Stanford University School of Medicine, found that women who had undergone chemotherapy for breast cancer had reduced cognitive abilities in the areas of the brain responsible for planning, memory, and cognitive control. All of this seems like a very high price to pay for something that could end up spreading the cancer that it purports to treat.

Follow more news on cancer cells and the spread of tumors at Oncology.news.