Prepare For Change
Home Awakening NEXT STORY SYNTHETIC MARIJUANA APPROVED BY DEA FOR MEDICINE WHILE THE... 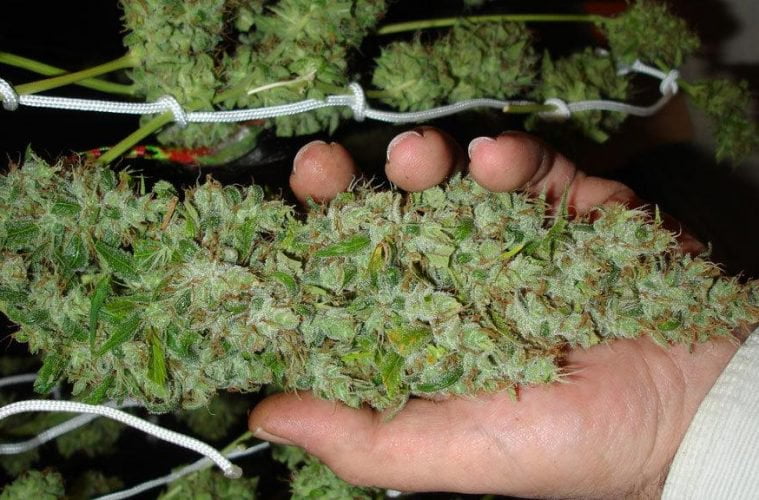 The announcement was made a few weeks ago in the Federal Register by the DEA that the drug Syndros, a liquid form of synthetic THC, will be now classified as a schedule 2 controlled substance, which means it can be legally prescribed by doctors. Meanwhile, organic marijuana continues to be listed right alongside heroin among Schedule 1 controlled substances. This category is reserved for drugs that have “no currently accepted medical use” and “a high potential for abuse.” Other drugs that have proven time and time again to hold medicinal value seem to be stuck in this category as well, although some things are changing.

Because the FDA has cleared Syndros for approval, it will be hitting the market soon. Syndros is made by Insys Therapeutics, an Arizona-based pharmaceutical company that has been accused of using shady marketing practices to sell  Subysys, a spray form of the extremely potent synthetic opioid fentynal, which has been approved by the FDA for treatment of pain from cancer. A few top Insys executives, such as John Kapoor, the company’s billionaire founder, have been arrested and charged with bribing doctors and defrauding insurance companies. Insys and its former leaders are also facing several lawsuits from states and individuals for allegedly triggering America’s opioid crisis — and now they are trying to take over good old homegrown pot. Something to be wary of?

Kapoor has pleaded not guilty and denied any and all wrongdoing. After being arrested on October 26 of this year, he was released on $1 million bail.

New Insys President and CEO, Saeed Motahari, said in a statement earlier this year that the launch of Syndros is a “pivotal milestone” for the company. Syndros is quite similar to Marinol, another synthetic THC product that was previously approved by the FDA to treat anorexia caused by aids and cancer. THC is the main psychoactive component in marijuana; it’s what causes the user to feel high, and often increases appetite. If you’re like me, you might be asking the obvious question: If THC has medicinal benefits, why do we need to make a synthetic version of it in order to to treat people? And the answer, in my opinion, is clear: Because you can’t patent cannabis and capitalize on it.

Syndros was granted preliminary Scedule 2 status in March and was listed alongside Oxycontin, Percocet, cocaine, methamphetamine and other drugs also considered to hold some medicinal value but have a “high potential for abuse.”

Twenty-nine states and Washington, D.C., have now legalized some form of medical marijuana; however the DEA and the FDA still maintain their stance that cannabis is not medicine. Last year, the FDA even rejected a petition to have marijuana removed from the Schedule 1 category.

Another important factor to consider in this increasingly obvious conspiracy is that, while developing its synthetic THC product, Insys was actively working to keep real marijuana illegal. The company donated $500,000 last year to the campaign to defeat marijuana legalization ballot initiative in Arizona, which was successful. When asked, Insys said that it opposed the measure because “it fails to protect the safety of Arizona’s citizens and particularly its children.”

This is definitely a copout, as there have been many reports of harmful reactions coming from the use of synthetic THC products. We all know that just because something has to be medically prescribed by a doctor by no means means that it is safe or will be kept out of the hands of children.

With enough awareness, people will see through this charade and cannabis will come one step closer to becoming legal across the entire nation, and eventually across the globe. Cannabis is a flower, and has many well-documented uses for healing. Both THC and CBD have already helped millions suffering from a wide rage of ailments. The only reason cannabis remains illegal is because it cannot be patented or regulated and therefore it cannot be capitalized on. We have written many articles about the amazing healing potential of cannabis. To read more about that, click here.