Prepare For Change
Home Awakening In 2018 The US Gov’t Will Spend Nearly $2 Billion a Day... 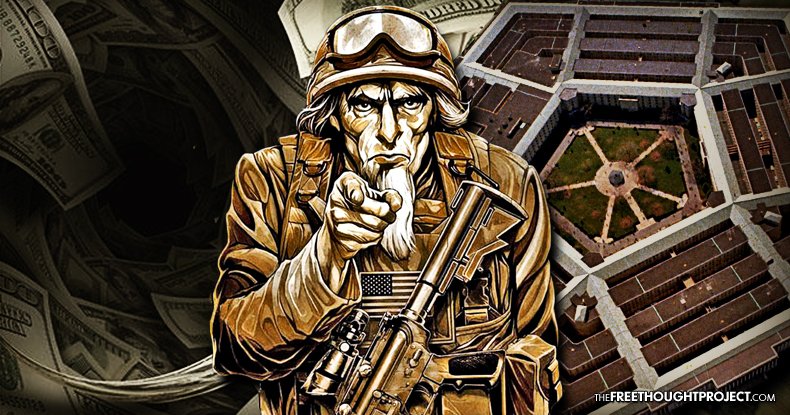 The price tag on the latest National Defense Authorization Act is $700 billion, which will cost American taxpayers nearly $2 billion every day in 2018.

While the United States Congress has struggled to pass legislation governing taxes and healthcare, it had no problem uniting on the 2018 National Defense Authorization Act—a bill that will ensure the U.S. continues to wage wars around the world, and that promises taxpayers will cover its costly expenses.

The price tag on the latest NDAA is a massive $700 billion, which means that for every day in 2018, American taxpayers will spend nearly $2 billion on war.

House Majority Leader Kevin McCarthy, a Republican from California, claimed that by signing the NDAA into law, Trump “signed a bill that will make America safer.” He also noted one important fact—both Democrats and Republicans showed overwhelming support.

“This defense bill authorizes money for our troops, for our national defense and homeland security, and to make sure America has the best technology in the world to protect ourselves,” McCarthy said. “This bill passed the House 356 to 70, including more than half of the Democratic caucus. It passed the Senate by voice vote—not a single Democrat opposed it.

Before signing the legislation, Trump referenced an attempted attack in New York City, where a man detonated a crudely-made pipe bomb in a subway station the day before. While the man who made the device was the only one injured, Trump used it as another example of why Americans should funnel billions of tax dollars into “keeping America safe.”

Trump also specifically thanked Sen. John McCain for his contributions to the bill. The Republican from Arizona has been in office for 30 years, and has a reputation as a staunch supporter of war.

“Brand-new, beautiful equipment is on its way—the best you’ve ever had by far. We make the best in the world, and you’re going to have it,” Trump bragged in true Trump-fashion. He then concluded by saying, “I won’t be showing all of this to everybody, believe it or not. That’s a lot of pages. That is a lot of pages.”

The 2018 NDAA approves $634 billion for the Pentagon. This was done despite the fact that a recent report on the budgets of the Department of Defense and the Department of Housing and Urban Development, found that between the two departments, they have lost over $21 trillion in the last 17 years—enough money to pay back the U.S. National Debt.

Nearly $66 billion will be allocated for the Overseas Contingency Operations fund, which ensures that the U.S. will continue to fuel proxy wars in foreign nations such as Afghanistan, Iraq and Syria.

In addition to $705 million for missile defense programs the U.S. is developing with Israel, the legislation includes more than $12 billion for the Missile Defense Agency. Trump mentioned U.S. missile defense capabilities in his statement, claiming the massive budget will help the U.S. “continue our campaign to create maximum pressure on the vile dictatorship in North Korea.”

While advocates for the $700-billion NDAA claim that it will help to keep Americans safe, former Texas Rep. Ron Paul has noted that the more time the U.S. spends overthrowing governments and creating proxy wars in foreign countries, the more it should be worried about “blowback” from its reckless foreign poly.

It should be noted that even when U.S. defense spending was under $600 billion in 2014, it was still more than the amount spent by the next seven countries—China, Russia, Saudi Arabia, France, United Kingdom, India and Germany—combined. 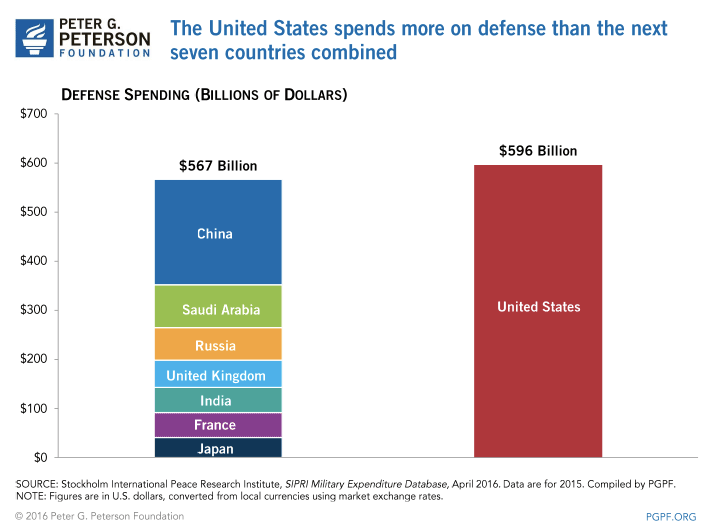