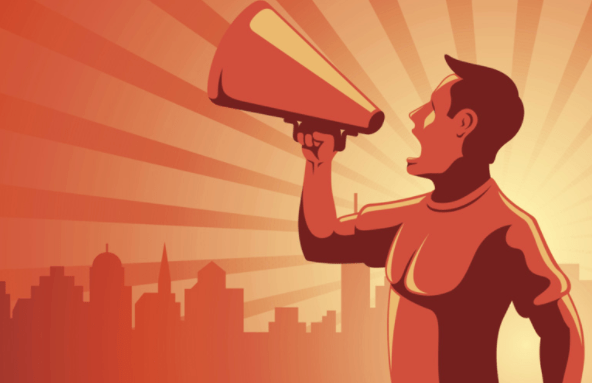 By Graham Vanbergen: Noam Chomsky once said “All over the place, from the popular culture to the propaganda system, there is constant pressure to make people feel that they are helpless, that the only role they can have is to ratify decisions and to consume.”

Chomsky, like so many others, is of course, right. Today, more than ever our world view is totally distorted by the saturation of information masquerading as news, in reality just propaganda. And rarely does anyone even partially question the status quo other than to acknowledge its existence. Strange then that around 80 percent of the population of Britain and most of Europe and the USA mistrust their political representatives. Why they buy into their vision of the future is still a mystery – logic would tell you the masses should have done something about this by now, if nothing else, to protect the sanctity of democracy.

Mass media propagandists are the main drivers to what we believe is going on in our world. Everything from historical accounts such as ‘our part’ in the major wars of the twentieth century, to what we are to think about major events unfolding in front of us such as climate change. We are lied to on both sides of the debate, which is deliberately confusing.

People always have an opinion though, but there’s always a ‘but’. Everyone, without exception, knows there’s something wrong. The truth is, the truth is absent, or at least become so vague even the definition of the word truth is a tool of propaganda; “truth – a fact or belief that is accepted as true“. The salient word being ‘accepted’.

Our system of defining and communicating the truth lies in what can now only be described as the fog of war – an information war. The functionality of the system has been centralised in recent years and fallen almost exclusively into to the hands of a few billionaires whose incentives to keep the crumbling ‘establishment’ narrative intact because the status quo ensures you live in an ideologically ridden world, that deprives the vast majority of what could be achieved, whilst they live like royalty irrespective of the consequences.

A prime example is the recent growth of news regarding extreme left and right wing political activists. All over the West we are now witnessing civil society involved in battles not just in the streets of our capitals but on social media and the web. Increasingly, billionaires are funding groups, activists and think tanks. Their purpose is to confuse and divide the majority – an age old political guideline to divide and rule. This is officially defined as: “the policy of maintaining control over one’s subordinates or opponents by encouraging dissent between them, thereby preventing them from uniting in opposition.”  You know that this is happening right now don’t you?

A substantial part of the propaganda model is of course corporate censorship. The system is such that reporters and especially editors have little choice but to share or acquire values that agree with corporate elites in order to further their careers.

TRUTH: In the UK, studies suggest that immigration has a small impact on average wages Full-Fact.org

‘Migrants take ALL new jobs in Britain,” “Migrants trying to kill Brit truckers‘ and and ‘True Toll of mass migration on Britain‘ are the headlines of right-wing newspapers in Britain. You can see the divide and rule strategy at play – and we got Brexit.

So emotionally invested in these strategies, the general public never stopped to question these dubious statements and fight for what are the real facts. The dangerous rhetoric that Washington and its media mouthpieces spews out on a daily basis about Russia is replicated in Britain. Supported by no facts or evidence whatsoever, these gross distortions play into the geopolitical card-game that the USA is playing 8,000 miles away from the shores of another nuclear power so well equipped it could wipe out humanity. In Britain, we allow our politicians to espouse the same nonsense with no means whatsoever of defending its own population whilst being located on the doorstep of a nation that could make this small island dust in just a few short seconds.

In another example, you would have thought that armed with the reasonable evidence that Britain’s EU referendum might have been rigged by American billionaires, a public uproar would have occurred with a political inquiry called for from on high. But no. The newspaper that did have the courage to publish a damning 7,000 word article on the subject is being sued. And nowhere in the media has anyone had the fortitude to question what emerged and what is now known. We, the people have been fully indoctrinated into their narrative and been conned, in this case by omission.

Less than a quarter of the public actually believe the establishment press and yet everyone has their political perspectives formed by a propaganda machine managed by media giants. They have all the weapons; printed and broadcast media, the internet, social media – they own it all.

True editorial independence simply doesn’t exist anymore in mainstream media. Interference from newspaper owners and political parties along with the pressures of corporate advertising revenues drives content, the truth does not. Allegations of government officials pressuring and even threatening editors and journalists is rife in the industry. Indeed, Britain’s secret service MI5, is constantly accused of manipulating the press, whilst the political use of supposedly neutral sources (such as Google, HSBC and George Soros funding fact checker – Full-Fact.org) results in a systemic bias that exists to completely distort the truth.

These platforms now force everyone into ‘informational bubbles’, commonly known as a self imposed ‘echo chamber’ as if somehow its all our fault. This insidious, pervasive and ubiquitous bubble concentrates a duplicitous narrative managed by the new commanders of the information war, favouring a pre-ordained establishment conclusion. Just five people own 80% of the newspapers we read every day in Britain, they also own TV stations, press agencies, book companies, cinemas and the like – so everything we read or see in Britain is almost entirely influenced by these individuals, none of whom reside in Britain.

Today, new political parties or new ideas have to break through establishment defensive barriers never seen before – that of the media platforms who now control and censor the narrative. Posting an article about Google’s 2.7 billion euro fine means the media charitably reporting that: “Google had abused its dominant position by systematically favouring its own shopping comparison service” – which was indeed universally the language used by the media. In reality, this is a global enterprise that rigged the system using criminal intent, who knowingly and fraudulently broke the law, illegally earned billions, ripped off millions of people, tried to kill the competition and then stashed their ill-gotten gains in off-shore tax havens. Its straight from the banking playbook, no-one went to prison, shareholders pay the price. The fine was small change for a company worth over half a trillion dollars that exploited the worlds largest economy.

In Britain, the politicians are the main problem though. It should be natural for Members of Parliament to support representative democracy above everything – they are, after all, supposed to embody it and serve the people they represent. It has become clear though, it is not in their personal interests to do so. So they don’t. The consequence, is that the media is allowed to be biased in their favour. This is evidenced by the fact that the British press is regarded as the most “right-wing” and “biased” in Europe, according to research by YouGov.

Britain is now an oligarchy. They rule by the distribution of propaganda, providing an illusion of freedom. But what is this freedom? George Monbiot writes:

“When think tanks and the billionaire press call for freedom, they are careful not to specify whose freedoms they mean. Freedom for some, they suggest, means freedom for all. When corporations free themselves from trade unions, they curtail the freedoms of their workers. When the very rich free themselves from tax, other people suffer through failing public services. When financiers are free to design exotic financial instruments, the rest of us pay for the crises they cause. Ripping down such public protections means freedom for billionaires and corporations from the constraints of democracy. This is what Brexit – and Trump – are all about. The freedom we were promised is the freedom of the very rich to exploit us.”

Is there a solution to a political system which is owned by an oligarchy? Probably the only viable route visible is that public trust in the four pillars of society has crashed to all time lows – so low in fact, there is little left to trust. If anything, this means that this egregious propaganda apparatus is no longer working as intended – hence the hysterical rhetoric and constant fear mongering.

This fear mongering has now reached the farcical. Michael Fallon, the UK’s defence Secretary is now peddling propaganda about North Korea’s ability to nuke Britain: “UK is under threat from Pyongyang missiles, says defence secretary Michael Fallon.” Of course, not only have we heard this irresponsible rhetoric before (think Afghanistan, Iraq, Syria, et al), the facts simply do not bear out what this government mouthpiece is spewing out.  The evidence is that – theoretically, a North Korean nuclear weapon (no evidence exists that they actually have a viable nuke), might be able to hit North America. But why would North Korea launch a nuclear attack against Britain when it is known to have limited military firepower, with South Korean and North American targets on its doorstep to defend against. Why is the British government supporting Donald Trump’s careless and erratic geopolitical ambitions, which the UN has now warned is likely to lead the world into a global conflict?

All of this is a damning verdict of democracy in its current disguise. In a recent survey, one that covers 28 western countries, 17 years of data and 33,000 annual respondents, even the well off no longer believed ‘the system’ was working – so why should any one else.

Let’s not kid ourselves here. Much of the west as we know it is a guided (or managed) democracy, which by definition is either a de facto autocracy or an oligarchy. This ‘system’ has failed.

Capitalism is forever at war; propaganda is its forward battleground. The violence it propagates is abstract. Austerity, a construct of ideology and not economics, is a device to convince the majority into agreeing to taking low pay, to increased poverty and denying good education and healthcare services for the good of the country. When the masses see through its thin veil the violence becomes more real. The enemies arrive at our shores. Threats of terrorists, rogue nations, nuclear attack and WMD are the sure signs that oligarchic neoliberal capitalism, the historical root causes of war, has reached its crest, the wave about to come crashing down.

If the propaganda machine starts to tell us we are under threat from an evil foreign force, when they start creating the motivation for us to go and kill and die for them, history tells us what is coming next is not good.

2 thoughts on “Saturated in Propaganda, Even The Rich Think The System Has Failed”