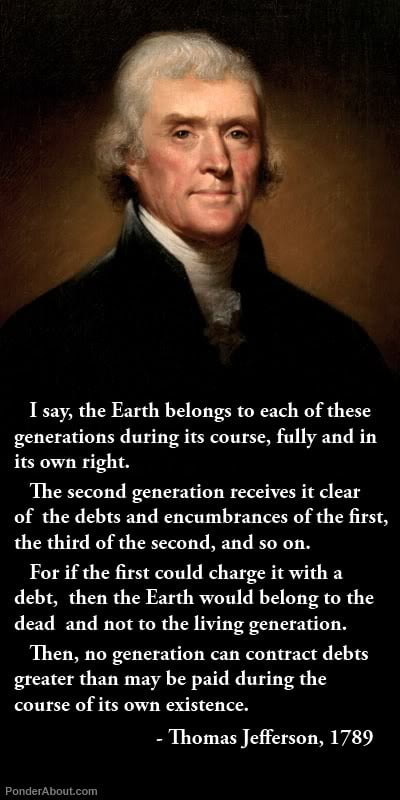 The 1913 creation of the Fed fused the power of the Eight Families to the military and diplomatic might of the US government.

If their overseas loans went unpaid, the oligarchs could now deploy US Marines to collect the debts.

The House of Morgan ~ Rothschild Agent:

The Federal Reserve Bank was born in 1913, the same year US banking scion J. Pierpont Morgan died and the Rockefeller Foundation was formed.

The House of Morgan presided over American finance from the corner of Wall Street and Broad, acting as quasi-US central bank since 1838, when George Peabody founded it in London.

Peabody was a business associate of the Rothschilds. In 1952 Fed researcher Eustace Mullins put forth the supposition that the Morgans were nothing more than Rothschild agents.

Mullins wrote that the Rothschilds, “…preferred to operate anonymously in the US behind the facade of J.P. Morgan & Company”.

Author Gabriel Kolko stated, “Morgan’s activities in 1895-1896 in selling US gold bonds in Europe were based on an alliance with the House of Rothschild.”  The Morgan financial octopus wrapped its tentacles quickly around the globe.

It financed the launch of AT&T, General Motors, General Electric and DuPont. Like the London-based Rothschild and Barings banks, Morgan became part of the power structure in many countries.

That year Morgan saved the US government from a bank panic, forming a syndicate to prop up government reserves with a shipment of $62 million worth of Rothschild gold.

Morgan was the driving force behind Western expansion in the US, financing and controlling West-bound railroads through voting trusts.

The House of Morgan now fell under Rothschild and Rockefeller family control.

A New York Herald headline read, “Railroad Kings Form Gigantic Trust”. J. Pierpont Morgan, who once stated, “Competition is a sin”, now opined gleefully, “Think of it. All competing railroad traffic west of St. Louis placed in the control of about thirty men.”

In 1913 the Federal Reserve Bank was born, with Paul Warburg its first Governor. Four years later the US entered World War I, after a secret society known as the Black Hand assassinated Archduke Ferdinand and his Hapsburg wife.

The Archduke’s friend Count Czerin later said,“A year before the war he informed me that the Masons had resolved upon his death.”

That same year, Bolsheviks overthrew the Hohehzollern monarchy in Russia with help from Max Warburg and Jacob Schiff, while the Balfour Declaration leading to the creation of Israel was penned to Zionist Second Lord Rothschild.

Hey, thank you. End the Fed, hey! Along with the IRS. Let’s repeal 1913 and we’d all be better off. Now, it’s great to be here. You know, sometimes I give speeches on the House floor and there’s nobody there.

But taxes, in many ways, are nothing more than a symptom. The taxes that we pay are a symptom of runaway government.

What wee need is a strong Congress to rein in the executive branch and the courts to get back to a constitutional government. I have a belief about taxes and I believe that taxes, indeed, are theft; stealing from the people.

You may have seen this on the Internet, I have a bumper sticker on my desk that everybody that comes to my offices sees, that says, “Don’t steal, the government hates competition”.

But they never tax enough to pay the bills. So what do they do? They endlessly borrow, and they borrow so much and then interest rates go up and that doesn’t work.

So then what do they do? They resort to the printing press, and the Federal Reserve is the culprit that finances big government. And that’s exactly right.

The Constitution is very clear: only gold and silver can be legal tender, not paper money. Now why is it that even the Federal Reserve is involved in taxation? When they print money, they devalue your currency.

Anytime you complain about a high price, you’re paying a tax. So it is a tax, and the big sin, of course, is the big spending.

Politicians, up until just recently, were always rewarded by spending money and telling their constituents back home, “I’m going to get you whatever you want”.

Well, those days are over, and you’ve helped end those days. Now, the Federal Reserve serves two special interests in Congress.

There are two types of spending that we have to be concerned about. One is the liberal spending; we know all about that.

Did you know Rothschild financed Lenin in 1913 to over throw the Monarch of Russia in order to centralize the banking system to his London base?

WHEN PUTIN WAS ELECTED PRESIDENT of Russia in 2000, Russia was bankrupt. The nation owed $16.6 billion to the Rothschild-run International Monetary Fund while its foreign debt to the Rothschild-controlled Paris & London Club Of Creditors was over 36 billion dollars.

But Putin took advantage of the current boom in world oil prices by redirecting a portion of the profits of Russia’s largest oil producer Gazprom so as to pay off the country’s debt. The continual surge in oil prices greatly accelerated Russia’s capacity to restore financial sovereignty.

By 2006 Putin had paid off Russia’s debt to the Rothschilds. Russia’s financial dependence on the Jewish financiers was now over. Putin could then establish what became his Russian Unity Party’s 2007 campaign slogan: Putin’s Plan Means Victory For Russia! This slogan continues to make the New World Order Zionists very nervous…Here.

U.S. ‘Ashamed’ Of Gorbachev Lies: Putin Pulling Russia ‘Back Into the Past’ ~ Truth Is ~ Putin Kicked Out Rothschild From Russia And Is Now Sovereign!

Did you know that Sun Yat Sen was born in China moved to Hawaii (where he received a COLB just like obama) in order to escape the death penalty and then return to China in 1917 to establish the centralization of the banking system to Rothschild London base followed by Mass Murderer Mao Tse Tung?

Did you know that in 1913 Rothschild paid cronies voted for his Federal Reserve inside the United States Of America?(D)Did you know Rothschild Banks has been stopped before and that some of our Presidents have been assassinated by this Bastard Banking Family?

He does not participate in the lucrative congressional pension program.He returns a portion of his annual congressional office budget to the U.S. treasury every year.

Ron Paul: Government is too big. The role of government ought to be for the protection of liberty, not for the intrusion in economic affairs.

We’ve spent too much, we taxed too much, we borrowed too much. It’s bankrupting this country! I’ve been talking about these problems for a long, long time. Now we’re bankrupt and we have to decide which way we’re going to go.

Ron Paul
Congressman Ron Paul is the leading advocate for freedom in our nation’s capital. As a member of the U.S. House of Representatives, Dr. Paul tirelessly works for limited constitutional government, low taxes, free markets, and a return to sound monetary policies.

ANALYSIS | Republican Representative Ron Paul, R-Texas, is far more libertarian in his economic views than most of his opponents. His views on fiscal responsibility have been well-documented during his many years in the U.S. House of Representatives.

Here is a look at Ron Paul’s economic policies.

On Taxes: Drastic Cutting Is Key

Paul has said he wouldn’t raise the debt ceiling, would veto unbalanced budgets, and opposesunfunded mandates and regulations on small businesses. He’s against income, capital gains, and “death taxes,” pledging to eliminate them all. He’s also for eliminating the Internal Revenue Service(IRS).

He feels a flat tax or fair tax would be better than the current income tax system, but still thinks the 16th Amendment, which allows Congress to impose an income tax, needs to be repealed.

On ‘Class Warfare’: In Favor of a Little Against ‘The Ones Who Rip Us Off’

Paul doesn’t agree with his more vocal opponents, Herman Cain and Mitt Romney, in saying that demonstrations are a form of class warfare: “I do agree that there’s a mal-distribution in wealth in this country.”

“Entitlements end up going to the rich anyway,” he told reporters at an event sponsored by the Christian Science Monitor. “Some of them should be attacked. The ones who rip us off, the ones who get bailed out.”

According to Paul’s campaign site, he believes that “excessive spending, artificial credit, and market manipulation crashed our economy, and no one should be surprised that these same policies continue to prolong the suffering for millions of Americans.”

He thinks we’re sending jobs overseas due to a program of “deliberately weakening our currency.”

On the Federal Reserve: End It

This is a topic Paul enjoys discussing. He’d like to see the Federal Reserve abolished. One of his books is titled “End the Fed.”

During a June 13 debate in Manchester, N.H., he explained that the financial crisis could be linked to the fed. “We got in the trouble because we had a financial bubble, and it’s caused by the Federal Reserve,” he said.

Paul commented on the Labor Department’s jobs report for September 2011:

“The national unemployment rate of 9.1 percent for the month of September says nothing new about our failed experiment with Keynesian economics. Simply put, all these years of Washington deficit spending and money printing did not move the labor market.”

To Ron Paul, it has always been about integrity and first principles. For decades, Congressman Paul has been a consistent, unrelenting champion of international peace, the rule of law, and an opponent of all coercive threats to personal liberty, both foreign and domestic.
Today, his GOP presidential opponents and their neocon agitprop flacks in the media desperately try to portray him as an anachronistic isolationist, a hopeless appeaser, a dangerous pacifist who ignores the “existential threat” of Radical Islam, especially the prospect of a nuclear-armed Iran.
Their shallow reading and distortions of Ron Paul and his congressional record belie their ignorance.

A nation without borders is no nation at all.
After decades of misguided policies America has now become a free-for-all. Our leaders betrayed the middle class which is forced to compete with welfare-receiving illegal immigrants who will work for almost anything, just because the standards in their home countries are even lower. If these policies are not reversed, the future is grim.
A poor, dependent and divided population is much easier to rule than a nation of self-confident individuals who can make a living on their own and who share the traditions and values that this country was founded upon.
Ron Paul’s six point plan puts a stop to illegal immigration:

The facts on the ground are being created right now. Every day that passes makes it more difficult to reverse the damage that has already been done.