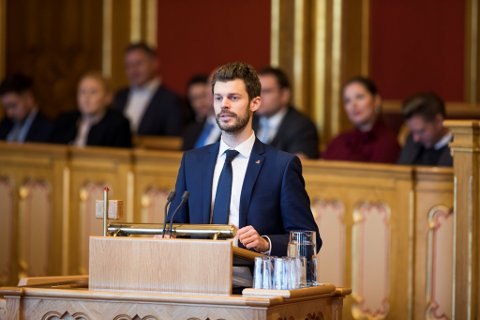 Bjørnar Moxnes, a member of the Norwegian Parliament, has nominated the International Boycott, Divestment and Sanctions (BDS) movement for this year’s Nobel Prize.

The Boycott, Divestment and Sanctions (BDS)-movement for Palestinian rights was yesterday formally nominated for this year’s Nobel Peace Prize by the Norwegian MP Bjørnar Moxness (Rødt). This nomination reflects the growing international solidarity with the Palestinian struggle for justice, dignity and freedom from the Israeli occupation.
The BDS Campaign is a Palestinian-led, international non-violent movement for freedom, equality and a just peace for the Palestinian people:

The BDS-movement was started and is led by the Palestinian society with over 170 Palestinian organizations behind the call for peaceful action.

The nomination proves the increasing international support for the use of the peaceful, non-violent tools of economic boycott and international sanctions to force Israel to end occupation and the apartheid rule against the Palestinian people – and achieve just peace. The nomination also reflects the growing BDS-movement in Norway and is welcomed by the thousands of Norwegians who actively show solidarity for the Palestinian struggle for freedom, dignity and equal human rights for all people.

The toolbox of the BDS-movement is known, accepted and used with success against other occupying and racist regimes. As of January 2018, Norway has officially imposed sanctions and restrictions against 26 different states or regions due to breeches of international laws and human rights – but not against the state of Israel – despite Israeli occupation, annexation and collective punishment of the Palestinian people.

Awarding this year’s Nobel Peace Prize to the BDS movement would be a powerful signal, emphasizing the international community’s commitment to support a just peace for the Palestinian people and by that – for the Israeli people and all people in the Middle East – and the world at large.

We nominate the BDS movement and with them – their thousands of activists globally – as a humble but necessary step towards bringing forth a more dignified and beautiful future for all peoples.

Nominations for the Nobel Peace Prize can be made by several formal nominators, among them members of the Norwegian Parliament. The Party Red’s new MP Bjørnar Moxnes was elected last fall, and he is the formal nominator.

The nominators for The Nobel Peace prize are:

Members of national assemblies and governments and members of the Inter-Parliamentary Union
Members of the Permanent Court of Arbitration and the International Court of Justice at the Hague
Members of Institut de Droit International
University professors of history, social sciences, philosophy, law, and theology, university presidents, and directors of peace research and international affairs institutes
Former recipients, including board members of organizations that have previously received the prize
Present and past members of the Norwegian Nobel Committee
Former permanent advisers to the Norwegian Nobel Institute