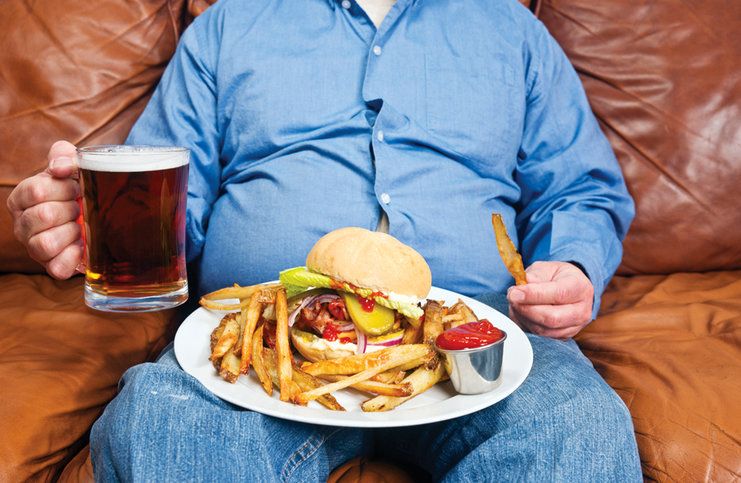 Diabetes has become an epidemic, instances of those developing type 2 diabetes are increasing at an alarming rate. We know that a poor diet that is high in sugar and animal protein combined with inactivity are two  common factors of the typical Western diet and way of life that can lead to type 2 diabetes. What is not very well-known and not often discussed is that there are many are dealing with this disease for lesser-known reasons that are sometimes completely out of their control.

In this day and age, we are exposed to thousands of chemicals in our environment, usually every day. Chemicals are found in everything from the food we eat, the air we breathe, the clothes we wear, the water we drink and, quite frankly virtually every aspect of our lives, and a lot of them are bad. The effects of all these chemicals (the bad ones) is almost like the elephant in the room, it’s not often that fingers are pointed to these chemicals and the potential harm they are doing to our bodies. Certain chemicals like the BPA found in plastic and canned goods, vehicle exhaust and phthalates, these common environmental chemicals can alter our health in several different ways.

A cost analysis published in the Lancet in 2016 stated that diseases related to everyday household chemicals cost the United States $340 billion annually, let that sink in for a moment. An increasing amount of research has been pointing towards many other environmental contaminants and chemicals that can drastically increase your risk of developing type 2 diabetes. In fact, there are much more important factors to be aware of, it’s not only diet and physical activity like we have been led to believe.

What Chemicals Can Trigger Type 2 Diabetes?

1. Arsenic – Research has shown that chronic exposure to arsenic can interfere with insulin secretion, which can increase the risk of developing type 2 diabetes. A study published in the American Journal of Physiology in 2017 stated that arsenic, “contaminates the drinking water of approximately 100 million people globally and has been associated with insulin resistance and diabetes.”

2. BPA – Also known as Bisphenol A is a synthetic compound that is often used to produce certain types of plastics in toys, canned foods, drink liners, even medical devices. Research has shown that BPA is associated with many health disorders. The Journal of Environmental Research and Public Health, human and lab studies suggest that BPA exposure is linked to an increased risk of developing type 2 diabetes. This chemical acts directly on pancreatic cells and impairs insulin and glucagon secretion which can trigger an insulin resistant state.

Best ways to avoid BPA? Limit your exposure to plastic of all kinds, choose glass or stainless steel whenever possible and say no to the receipts from the cash register which are usually coated with BPA or similar chemical compounds.

3. PCBs – Or, polychlorinated biphenyls are chemicals that are used in hundreds of industrial and commercial applications. They were officially banned in the U.S. in 1979, however these chemicals tend to linger. Research shows that PCB’s will remain in the human body for a long time after exposure because the toxins accumulate in our fatty tissues.

Bob Weinhold, a member of the Society of Environmental Journalists examined studies conducted on mice that showed how exposure to PCB was associated with significant impairment of glucose and insulin tolerance. Researchers also found that exposure to PCB increased the concentrations of cytokines which are also related to insulin resistance.

There are ways to reduce your exposure to PCB chemicals, you can read more about that HERE.

4. PAHs – Or, Polyacrylic Aromatic Hydrocarbons are naturally occurring chemicals that can be found in gasoline, crude oil and coal. They are produced when coal, gas, oil, tobacco and garbage are burned and contaminate the air we breathe with vehicle exhaust, cigarette smoke, burnt wood, and burnt meat.

A study published in 2014 in Occupational and Environmental Medicine indicated that high urinary levels of PAHs in participants who were monitored over a 5 year period are associated with the development of type 2 diabetes in U.S. adults between the ages of 20 to 65 years. Researchers pointed to previous studies that have also reported that chronic exposure to PAHs is linked to oxidative stress and inflammation also playing a major role in the development of type 2 diabetes.

Smoking cigarettes and consuming PAHs in food are the primary sources of PAHs in the U.S. To limit your exposure, do not smoke, and do not cook meat or other foods at extremely high temperatures. Limit your intake of grilled and charred foods.

5. Phthalates – Are chemicals that again are used in plastics, in order to increase durability, flexibility and transparency of many plastic products. A study conducted in Australia detected phthalates in 99.6 percent of the participant urine samples and were able to find that phthalate concentrations were positively associated with type 2 diabetes as well as hypertension and cardiovascular disease. Researchers adjusted for other factors that normally contribute to these health factors such as alcohol consumption and smoking, but the link between the phthalates and the disease stayed the same.

6. Mercury – We all know that mercury is a dangerous substance and should be avoided at all costs, but research has also shown that specifically mercury can induce hyperglycemia by altering the function of pancreatic beta cells. A systematic review published in Environmental Research looked at 34 studies that measured the increased risk of type 2 diabetes and metabolic syndrome due to exposure to mercury.

7. Cadmium – Is found naturally in the environment and is released through smelting and mining. It’s used in many industrial processes such as metal plating, stabilizing plastics and producing pigments. It can contaminate food that comes from soil or water that contains cadmium.

In 2017, a meta-analysis evaluated 9 different studies with a combined total of 28,691 participants in order to determine if there was an association between cadmium exposure and the risk of developing type 2 diabetes. Researchers found that for every 1 microgram per gram of urinary cadmium the risk of diabetes increased by a whopping 16 percent.

Exposure to cadmium through diet alone isn’t believed to be a cause for concern, but smokers and those exposed to high levels of cadmium through their occupations are at a greater risk. A full list of occupations that increase the risk of toxic cadmium exposure is provided by the Agency for Toxic Substances and Disease Registry.

8. Pesticides – These are chemicals that are used abundantly in agriculture to prevent and destroy pests and insects that might interfere with the growth and productivity of crops.

A systematic review and meta-analysis published in Environment International reviewed the role of pesticides in the pathogenesis of diabetes. Included were 22 studies and a positive association between increased pesticide exposure and the prevalence of diabetes. The adverse effects of pesticides can be chronic or acute depending on your level of exposure. To reduce your exposure, go organic whenever possible, but especially when purchasing any foods from the dirty dozen list, these are the foods that contain the highest levels of pesticides.

9. Nickel – Nickel is a metal that is used to make coins, jewelry, batteries and heat exchangers. This metal is released into our environment from the stacks and large furnaces at power plants or trash incinerators. It is also released in industrial waste water and ends up in the soil.

A study published in the Journal of Epidemiology looked at the association of nickel exposure with the prevalence of type 2 diabetes among adults in China. What was found was that the median concentration of urinary nickel among the 2,115 participants observed was 3.6 milligrams per liter and the prevalence of diabetes was 35 percent. These elevated levels of urinary nickel were positively associated with higher fasting glucose levels and insulin resistance.