Prepare For Change
Home Awakening For the First Time, a Country Just Made a Cryptocurrency Its Official... 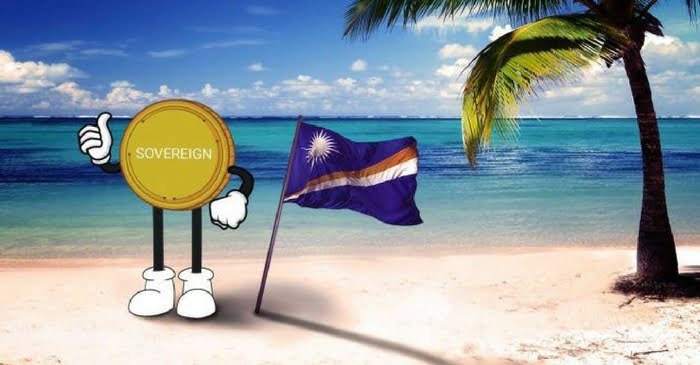 Republic of the Marshall Islands — In a move that, for anyone following the progress of cryptocurrencies, was truly inevitable, the world’s first country has adopted a digital asset as legal tender. From the Associated Press (AP):

“The tiny Marshall Islands is creating its own digital currency in order to raise some hard cash to pay bills and boost the economy.

“The Pacific island nation said it became the first country in the world to recognize a cryptocurrency as its legal tender when it passed a law this past week to create the digital ‘Sovereign,’ or SOV. In the nation of 60,000, the cryptocurrency will have equal status with the U.S. dollar as a form of payment.”

The Republic of the Marshall Islands (R.M.I) plans to distribute the SOV sometime in the near future through an initial coin offering (ICO). R.M.I. will cap the number of tokens at 24 million, representing the country’s 24 municipalities.

Israeli startup Neema is developing the technological framework to support the SOV and will oversee the ICO.

R.M.I. President Hilda Heine said in a statement that, as the name of the cryptocurrency suggests, the move is about preserving autonomy:

“This is a historic moment for our people, finally issuing and using our own currency, alongside the USD (U.S. dollar). It is another step of manifesting our national liberty.”

Spending SOV tokens will require users to first identify themselves on the blockchain, a requirement David Paul, minister-in-assistance to President Heine, says will solve the anonymity issue that has prevented mainstream adoption of cryptocurrencies.

“It was clear that there was a huge market need for a non-anonymous blockchain system that can operate within a regulated environment,” Paul told Reuters.

Barak Ben-Ezer, CEO of Neema, said in a statement that the SOV launch will mark “a new era for cryptocurrency” that will empower its users:

“SOV is about getting rid of the excuses why not to shift to crypto — it’s real money, and it provides the golden path between an open ledger and total anonymity, it gives users the power to decide when and what to disclose.”

Jehan Chu, co-founder of blockchain platform Kenetic, praised the move by R.M.I., telling AP that cryptocurrencies are simply the way of the future:

“Physical currency is going by the wayside as an antiquated, obsolete form of transacting.”

Still, and as Futurism pointed out, with governments now starting to wade into the digital asset waters, only time will tell how the situation plays out:

“Ultimately, the Marshall Islands could emerge as a shining example for others to follow on the road to legitimizing digital coins, or a cautionary tale illustrating what can go wrong when governments get involved with cryptocurrencies.”

This article originally appeared on our Steemit blog.