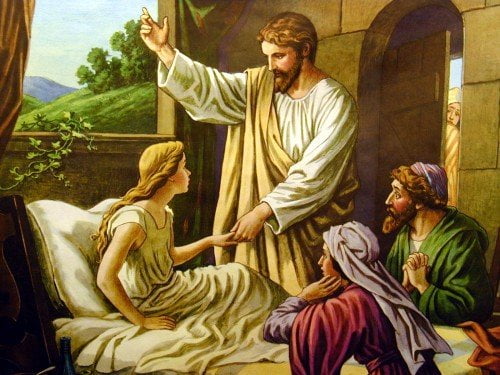 In the 1990s, I watched a federal trial in a Los Angeles courtroom. The defendant was charged with selling medical drugs without a license to practice medicine.

The defendant was prepared to argue that a) the substance he was selling was naturally produced in the body and b) it was effective.

The prosecution moved to exclude such testimony, on the grounds that it was irrelevant.

The judge agreed. Therefore, the trial was nasty, brutish, and short. The defendant was found guilty and sentenced to prison for several years.

This is how the federal bureaucracy operates. “Do you have a government-issued license to heal? No? You’re a criminal. End of story.”

I believe that if Jesus of Nazareth were walking the Earth today, in the United States, he would be arrested on the same grounds.

This would be particularly so if he were curing cancer.

Imagine this extreme case: In a stadium packed with 50,000 people who have been diagnosed with cancer, Jesus of Nazareth waves his hand and cures all of them in a few seconds.

Now he is threatening the profits of many companies, to say nothing of the power of the government, which backs the chemo-radiation-surgery monopoly to the hilt.

So he is arrested. He is put on trial. He opts to defend himself without an attorney. He tells the court that curing cancer is no crime.

The prosecuting attorney objects. “Your Honor,” he says, “whether or not this man has cured cancer is beside the point. He has no license to practice medicine. That is why we are here today. We are simply establishing that a) he was practicing medicine and b) he has no government-issued license. That is the scope of this proceeding.”

The judge agrees. The verdict is issued. Guilty.

Of course, on another front, the major media, who depend for their existence on pharmaceutical advertising, take the ball and run with it. The networks and major newspapers seek out “experts,” who emphatically state that what Jesus of Nazareth “performed” in the stadium was mere hypnotism. It was placebo effect. Whatever sudden “remissions” may have occurred are just temporary. Tragically, the cancers will return.

Not only that, these 50,000 people have effectively been sidetracked and diverted from seeking “real care from real doctors.” With chemo, with radiation, with surgery, they would have stood a chance of surviving and living long normal lives.

Other media pundits send up this flag: “Many of those present in the stadium were clinging bitterly to their religion. They refuse to accept science. They are living in the past. They favor superstition over real medical care. In fact, they are threatening the whole basis of healthcare, since other confused and deluded Americans may now turn away from doctors and seek snake-oil salesmen and preachers for healing.”

From the highest perches of political power in this country, the word quietly goes out to the media: don’t follow up on those people who were in the stadium; don’t try to track them; don’t compile statistics on their survival rates; move on to other stories (distractions); let this whole madness die down.

But among the citizenry, an awareness spreads: the government is controlling healing through its issuance of licenses. That’s how the government is essentially protecting one form of “healing” and enabling it to become an all-encompassing cartel.

What would be the alternative to licenses?

Contracts are agreements entered into by consenting adults, who assume responsibility for the outcomes. In the case of healing, a contract would specify that people have a right to be wrong.

Let’s say two consenting adults, Jim and Frank, agree to allow Frank to treat Jim for his arthritis with water from a well on Frank’s land.

The two men acknowledge that no liability will be attached to the outcome. In other words, whether Jim gets better or gets worse, no one is going file a suit. No one is going to go to the government for redress of wrongs.

The well water may be wonderful or it may be completely useless. Both men understand and acknowledge that. But they assert a right to try the treatment, because they are free.

Immediately people say, “This is ridiculous. Water can’t cure arthritis. Frank is cheating Jim. Jim is a victim. He needs to see a doctor. He needs to go on arthritis drugs.”

No, Jim doesn’t have to do anything. He is free.

To put it another way, Jim has the right to be right or wrong. It’s his decision, which is beyond the scope of any authority.

If government tries to remove that right from all of us, it is essentially saying it knows what is correct, it knows what is true, it knows what we need and require, and it’s going to give it to us even if it has to shove it down our throats. Does that sound like freedom to you?

If Jesus of Nazareth lived in the United States today, and if he went around curing cancer, he would be arrested. He wouldn’t be charged with blasphemy or treason. He would be charged with something much simpler and more mundane: practicing medicine without a license.

And he would be convicted and sentenced.

Because the government, in its throne of corruption, in its partnership with corporations, wants to monopolize proprietary and illegal interests.