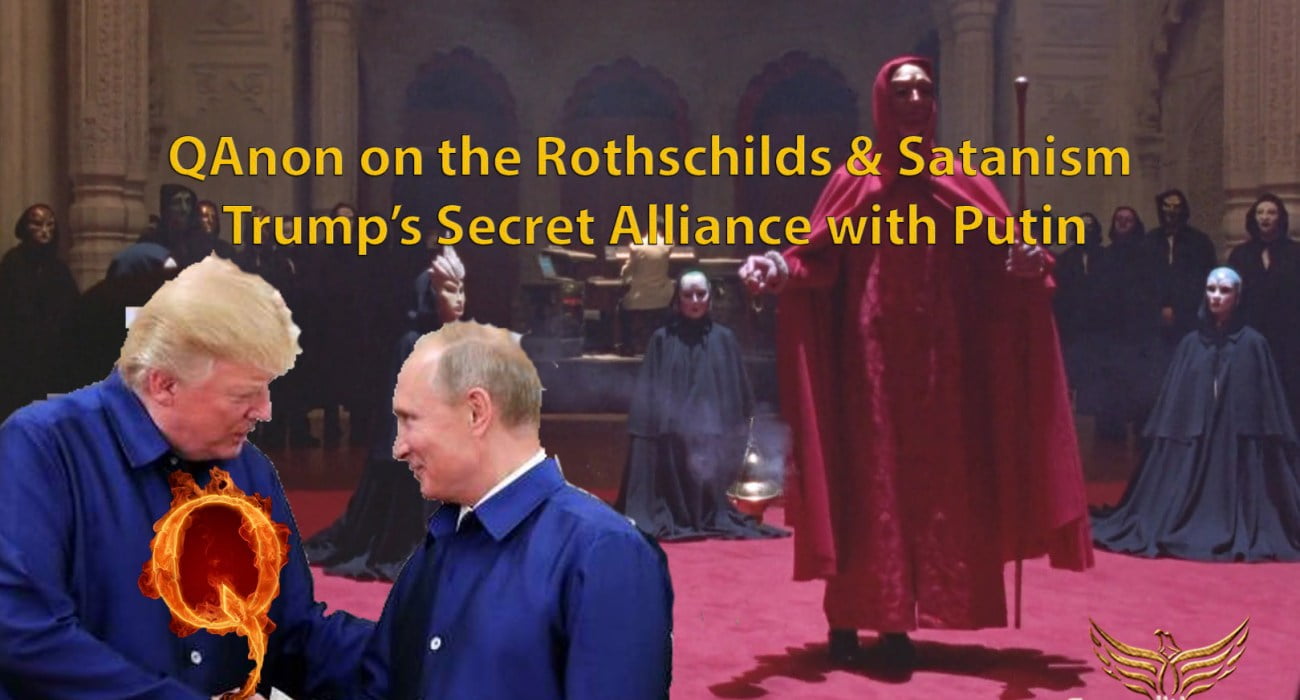 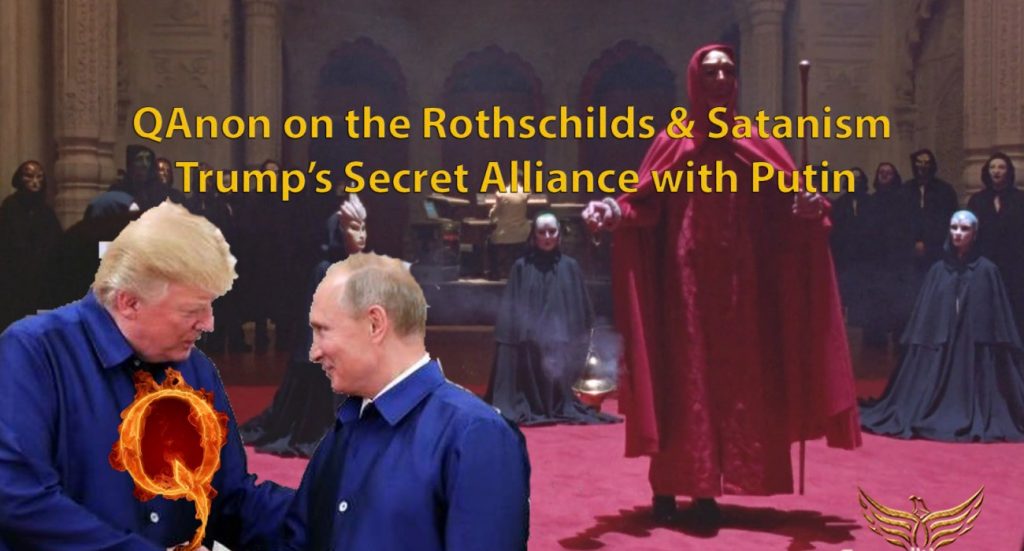 In Part 1, I analyzed QAnon posts identifying the puppet masters behind the Deep State – the Rothschild family, House of Saud, and George Soros – and the enormous financial resources at their disposal. To achieve control at a global level, the three puppet masters coordinate their efforts through different functions they respectively exercise.

QAnon referred to a cult led by the Rothschild family which has been a critical part of this global control system. In a November 11, 2017 post, QAnon succinctly described the chief characteristics of the worldwide cult:

It’s worth repeating from Part 1 that Dr. Deagle told us about Guy De Rothschild being the Pindar, CEO of Earth in 1992, which I discussed in more detail in an earlier article. This corroborates what QAnon revealed about the Rothschilds being the leaders of a cult followed by the puppet masters.

According to what QAnon and Deagle have revealed, it can be concluded that the role of Pindar (Satanic cult leader) had passed on from Guy to David de Rothschild, and that Alexandre is being groomed to take over the position at some point.

QAnon refers to a temple on Epstein’s island with underground levels that the Satan worshiping Rothschilds, Saudis and Soros, along with their followers and compromised politicians, regularly visit. Compromised politicians include the Clintons, who are deeply involved in events at Epstein’s island as evidenced by Bill Clinton’s frequent visits there – 26 of which have been documented in flight logs.

QAnon refers to how the Clintons were compromised by Soros, and how evil they became through their association with the Rothschilds:

What kind of “EVIL” activities are performed Epstein’s island, the Rothschild’s Black Forrest estate, and other locations like Bohemian Grove, California?

QAnon said that the Saudis are in control of sex and child trafficking. There are multiple witnesses that describe Satanic ceremonies that involve child sacrifice. John DeCamp, a former state senator for Nebraska, wrote The Franklin Coverup: Child Abuse, Satanism and Murder in Nebrask (1992), which provides the most well documented and researched book detailing child abuse and ritual sacrifice at Satanic events all over the United States.

In an article where he summarized multiple interviews with children who survived the abuse and Satanic ceremonies, De Camp wrote:

The essence of the story the children told, was that they were used in a coordinated ring of child abuse. When I say child abuse, I don’t mean the traditional child abuse that social workers yak about, but serious, big league abuse of children. They are used as drug couriers, as sexual objects to compromise this or that politician or businessman. They are used in the most gross fashion possible, including ritual murder and things like that. I am talking about the most unbeliev­able things, which I still have difficulty believing. But having seen enough evidence, I know they exist, in an organized fashion, and not committed by the sleazes in the bars and the guys in the alley. I’m talking about the most prominent of citizens, the most respectable.

De Camp gave an example in his book, of how young children are exploited at Satanic ceremonies held at private locations such as Bohemian Grove:

Paul was taken by Larry King [not the talk show host] and others to a wooded area in California – identified after publication as the Bohemian Grove. There Paul and another boy were forced to do sex acts with and to consume parts of a child whom they had watched being murdered by the cultists. The body was to be disposed of by “the men with the hoods.

Here QAnon is signaling that President Putin is fully aware of the Satanism practiced by the puppet masters – Rothschilds, Saudis, and Soros – and that there is secret coordination between U.S. military intelligence and Putin in responding to the Deep State.

This is why Russia has repeatedly stood down its military forces despite U.S. military provocations in Syria, Ukraine, and elsewhere in Russia’s sphere of influence. Putin knows that the Deep State is intent on fomenting World War III.

Putin is also well aware that the Deep State has been pressuring Trump from the beginning of his administration, and now blackmailing Trump through material acquired from the Cohen raid. Nevertheless, Putin/Russia and Trump/US military intelligence are coordinating to prevent any military clashes that could quickly escalate out of control due to deep state actors embeddedwithin each of their administrations.

This scenario is corroborated by a comment given by Russian Foreign Minister, Sergei Lavrov, who said in an April 20 interview:

Speaking about risks of a military confrontation, I am 100 percent sure that [both the US and Russian] militaries won’t allow this, and of course neither will President [Vladimir] Putin or President [Donald] Trump.

QAnon’s revelations have been very helpful in understanding the puppet masters behind the Deep State, their connection to a Satanic cult that has compromised political systems in the U.S. and around the world, and how Trump and U.S. military intelligence are secretly coordinating with Putin’s Russia to deal with these multifaceted challenges.