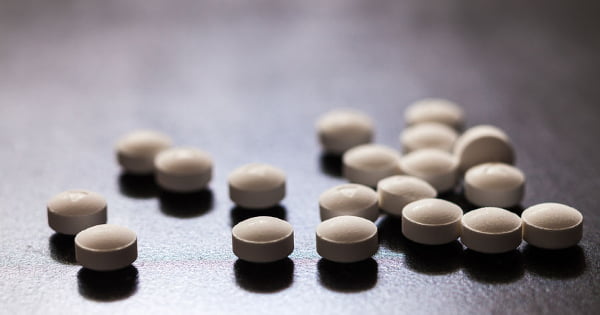 We all know that surgery is often painful, but a new study will have you thinking twice before you fill that pain-pill prescription. As this new science reveals, even a few days of opiates can set you up for a longer, more painful recovery

A just-released study has called into question the feasibility of using opioids to manage post-surgical pain. Rats given repeated doses of morphine experienced inflammationand pain for three weeks longer than non-medicated test subjects.

On April 16, 2018, researchers from the University of Colorado at Boulder released an animal study[1] examining the effect of opioids on pain, post-surgery. In the study, an exploratory abdominal surgery was conducted on male rats called a laparotomy. Laparotomies are routine surgical procedures in the United States, often conducted when pelvic disorders are suspected, and one for which opioids are the standard post-surgical pain management prescription.

Rats were treated with moderate doses of morphine immediately post-surgery for seven days, while a control group was given saline solution. A further experiment was conducted to determine the effects of two-days of gradual tapering from morphine after eight days of dosing, versus the effects of abrupt withdrawal. A third experiment fed subjects morphine for seven days prior to laparotomy. Rats were then measured for sensitivity to touch, as well as expression of inflammatory markers in the spinal cord.

In a surprise to researchers, results showed that opioid pain treatments prolonged pain for three weeks as compared to non-medicated subjects given the saline solution. Opioids further had the effect of “priming” specialized, immune system cells in the spinal cord to become more sensitive to pain. The longer the rats received morphine, the longer they were reactive to pain. Tapering from the medication had no effect on pain sensitivity as compared to quitting cold-turkey. Researchers concluded that “morphine can have a deleterious effect on postoperative pain,” and suggested that longitudinal studies be performed to determine if this same effect can be seen in humans.

In an interview with Science Daily, the study authors are well-aware of the implications for current pain-management procedures in most hospitals and pain clinics, as well as how this study might impact the nationwide debate about opioid abuse. According to senior author Linda Watkins, “This indicates that there is another dark side of opiates that many people don’t suspect. It shows that trauma, including surgery, in combination with opiates can lead to chronic pain.”

Professor Watkins describes a “one-two hit” on the immune system, that comes first from the surgery, and then from the opioid medication, sending repeat signals to the body that it is “not OK.” It’s as if the morphine is perceived by the body as a secondary threat, coming at a time when it is already compromised. Watkins describes the primed response by glial cells, stating that they create “a more enduring state of inflammation and sometimes local tissue damage,” problems only experienced by the rats exposed to morphine.

This opens the door to a broader methodological debate about how the body—and Western medicine—manages pain. Are opioids, if not all pharmaceutical medications, hijacking the body’s innate response systems? Millions of years of evolution have created a natural intelligence that is far superior to the medical interventions that mankind implements. Are prescriptions for pain-management merely shooting us in our collective foot?

This study is not alone in its findings. A 2016 animal study[2] found that only a few days treatment with opioids for chronic nerve pain intensified and prolonged pain for monthsdue to increased systemic inflammation. There are limited human studies that also support reexamining opiates.[3],[4]  The nation’s ongoing opioid crisis undoubtedly supports the need for immediate exploration of non-addictive, holistic treatments for pain.

Researchers admit that the intention behind opioid therapy is to limit pain and suffering—not prolong it—and that more human studies are necessary to determine if alternative painkillers can effectively replace opioids, without the negative side effects.

For additional reasearch on Natural Remedies for Pain, visit the GreenMedInfo database on the subject.