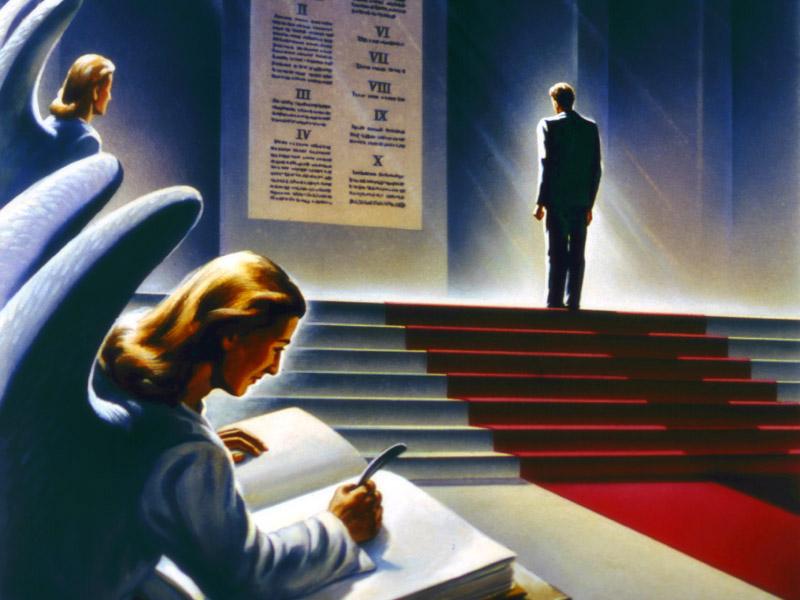 Earth has passed a crossroads, whereby the Alliance and the spiritual forces of light have gained the upper hand over the cabal and the dark forces behind them. The battle of Armageddon is in full swing on a spiritual level, and the Alliance is making significant inroads into rooting out and clearing the dark forces that have held sway over this planet for too long.

This draining of the swamp has begun in earnest at the top levels of the US Government on the physical plane with Donald Trump’s recent executive order, and in other dimensions and on spiritual planes much work has also been done to take down satanic forces. It is important to support this work in the physical with spiritual work that essentially pulls the support rug from underneath the cabal. Think of pulling out a weed – you can rip the top off, but to remove the weed for good, its supporting roots need to be pulled out and removed from the ground.

This is a critical step in the process towards disclosure and the complete freedom of mankind. The balance of power is shifting because of the raising of the collective consciousness of mankind, and exercises such as the ascension meditations are vital in helping our planet and its people to adopt a more spiritual and enlightened approach to life. Yet there remains much work to be done in mopping up the cabal and removing the dark forces behind them, and this article outlines an important process in this spiritual work.

Behind the cabal’s church and state

In warfare it is important to look for points of vulnerability and strategic advantage over one’s enemy, and taking out the leaders of the enemy is a critical priority in battle. Targeting the cabal’s ruling church and state at the very top provides a significant advantage in the current battle of Armageddon which we are currently living through.

The head of the satanic church is an individual by the name of Pepe Orsini, otherwise known as the grey pope. This individual has more power than both the black pope of the Jesuits, and the white pope Francis (also a Jesuit) – and there is good reason why dark forces have worked hard to rule at the top of the Vatican.

The satanic takeover of the Catholic church was prophesied in the third secret of Fatima, which was never publicly released because it was too explosive and damaging to the church (though the Vatican did release a fake third secret, in the vain hope of suppressing the truth). The real third secret of Fatima essentially laid bare the fact that the Vatican would be infiltrated by satanic forces. This has already happened and there is a very real spiritual war for people’s souls currently underway on the planet. What better way to take down Christians, than taking over the church and manipulating Christianity en masse and by stealth?

Going on the offensive with the power of Christ

There is a very real reason satanic forces have vied to control roles of power within the church – and that is because of the power of Christ that is inherent in each and every one of us (whether you are Christian or not) when acknowledged and called upon. Each one of us is a Child of God (or whatever you choose to call the Creator, Divine etc), and when we are in alignment with this divine force, it is able to work extraordinary things through us. Jesus acknowledged this when he said “He that believeth on me, the works that I do shall he do also; and greater works than these shall he do.”

As Children of God, we have the right to ask God to help us in the battle of Armageddon and help wipe out the dark forces of planet Earth. From a spiritual perspective, this is called binding and judgement. This is a process that can only be accomplished through the power of heartfelt prayer and the power of Christ which is inherent in you.

Jesus acknowledged that “I of mine own self can do nothing; it is the Father in me which doeth the work.” Similarly, in spiritual warfare, our human selves are not the doers, but it is the power of Christ through us on the physical plane that literally compels the power of God to swing into action. This is the one true refuge and shield from the darkness – the power that will send dark spirits and the forces behind the cabal running like cockroaches when the light is switched on.

Heartfelt prayer is the key to this process, because we have to pray to God to intercede for us in the battle between good and evil. Earth is a planet of free will, and God and His entire hierarchy of light respect this. There are a number of important steps one can take to improve the power and effectiveness of one’s prayer, and the more you can put these into action, the greater the response from God.

4 steps to binding and judgement

In the process of binding and judgement, there are four critical steps.

1. Protection. Darkness does not like being attacked – especially when it comes to being hauled off the planet for good by forces of light. So the first thing to ask God for is protection. If you are familiar with the hierarchy of Heaven, Archangel Michael is the best Archangel to go to for protection. He is able to quickly dispatch and reverse any attacks of darkness and provide complete protection in performing this work.

It is also worth praying for the armour of God, which is discussed in Ephesians: the belt of truth, breastplate of righteousness, feet shod with peace, shield of faith, helmet of salvation, and the sword of the spirit/word of God.

2. Binding and judgement. There are two steps here. Binding refers to the complete restraint and detention of dark forces. Once they are bound, they are no longer able to act as the more powerful forces of light hold them. It’s almost the equivalent of being locked in a spiritual jail cell.

The second step here is judgement, which is an action of God that essentially calls the dark forces to account on their actions. God is fair and just in His judgements, and the dark forces are given ample opportunities to turn to the light and do the right thing – and at the level of the fallen angels, judgement is usually meted out in equal measure to the good they achieved as angels before the war in heaven and the fall of the angels.

This is the law of karma, which is an impersonal universal law that dictates “as you sow, so shall you reap”. The weight of karma will indeed come full circle to those who sow seeds of darkness, evil and destruction. This is not a process of revenge or retribution as understood by some people, but an act of tough love so that souls and other life steams will realise the error of their ways and hopefully turn to the light – or potentially face the “second death” (the first death being the fall from heaven, and the second death being the snuffing out of their soul or life stream completely).

Just as the cabal is being rounded up and detained in Guantanamo Bay on a physical level, dark forces on a spiritual level are also being bound and held to account in heavenly courts of law.

3. Binding of backlash. Each time the process of binding and judgement of dark spirits takes place, a power vacuum is created in the dark hierarchy. Satan’s forces grow weaker with each of these attacks, as his fallen angels are taken off the battlefield and held to account in Heaven.

In this process, those fallen angels who remain often lash out in revenge and retribution at those who invoke the forces of light to take action. This backlash can come in a variety of forms and on a number of dimensions, and these attacks can also focus on family, loved ones, business acquaintances/colleagues and others to try and knock you off center. So it is best to be prepared for this by asking for the binding of all backlash in wrapping up prayers for the binding and judgement of darkness.

4. Ask for God’s will. As God is the ultimate architect and power in binding and judging forces of darkness, it is important that any prayers calling for this (especially when naming specific individuals) be subject to God’s will. As humans we are not necessarily privy to the plans and turning of the cycles of karma for different souls and life streams. All we can do is pray the heartfelt prayer, be the willing servant for the light, and be the anchor for God’s will in the physical – and then be non-attached to the result by turning this over to the divine in its omnipotent wisdom. So ending each prayer with “God’s will be done” is a safe way to ensure that only good will result from your efforts.

Praying for the binding and judgement of the satanic forces supporting the cabal is essential in liberating Earth. However, do not take this process lightly as it is serious spiritual work. Follow the steps outlined above and be consistent and constant in your application of genuine, heartfelt prayer. This is spiritual warfare, and if you let your guard down, the enemy can attack. Fortunately, you are on the side of the light – which is ultimately the more powerful side in this battle of Armageddon – so let the light win through you and watch the tide turn!