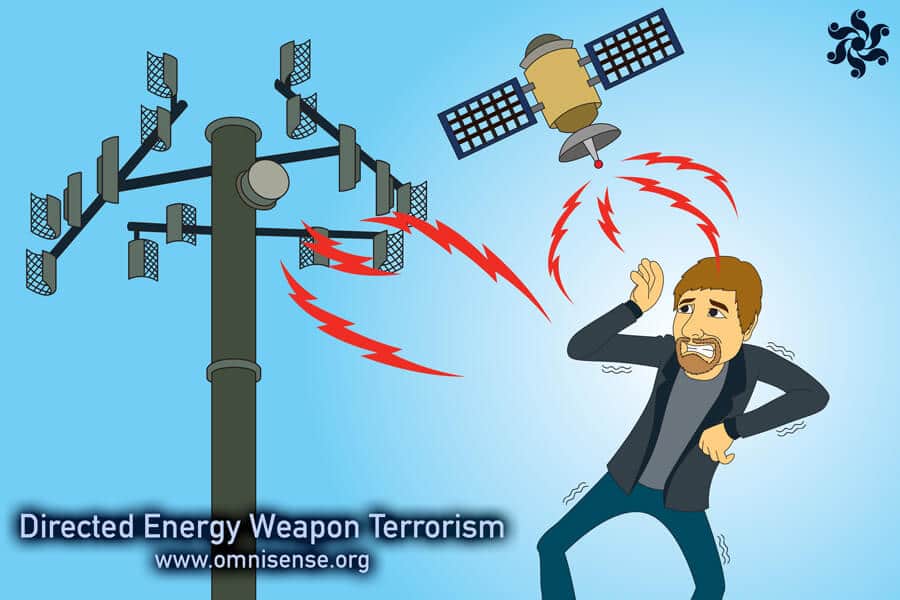 U.S. Secretary of State Mike Pompeo told lawmakers that the ‘sonic attack’ in China was ‘medically similar’ to the incidents in Cuba

Editor’s note: Clearly the unfortunate American who suffered a ‘mild brain injury’ was the victim of an attack using a microwave weapon and no doubt, this was the work of someone in the intelligence community.

The CIA have long admitted to possessing microwave weapons; and the research into the exploitation of the microwave portion of the frequency spectrum dates all the way back to WW2 and the early developments in centimetric radar.

The invention that made a practical centimetric radar system possible took place in Britain, at Manchester University. The device was called a cavity magnetron, and it made possible for the first time the generation of microwave frequencies at high power levels.

Today, the cavity magnetron is at the heart of every microwave oven. It is also to be found in all forms of high frequency equipment for telecomms; anywhere where you need to generate a high frequency signal. Add an antenna and a wave guide and you have yourself a microwave weapon.

In the 1950s, British researchers discovered that many frequencies in the microwave spectrum had effects on the human body; certain frequencies could cause very serious health effects, particularly to the brain. Given sufficient exposure, you could induce all kinds of injuries, including strokes.

This research lead to the development of microwave weapons that were covertly deployed during the Cold War. British expert Barrie Trower has lectured widely on the dangers of microwaves, and his work is well worth studying. Ian ]

An American citizen working at the U.S. consulate in the southern Chinese city of Guangzhou has reported suffering from “abnormal” sounds and pressure leading to a mild brain injury, the U.S. embassy said on Wednesday.

The embassy, which issued a health alert to Americans living in China, said it could not link the case to health issues suffered by U.S. government staff in Cuba dating back to late 2016.

However, later on Wednesday, U.S. Secretary of State Mike Pompeo told lawmakers that the “sonic attack” in China was “medically similar” to the incidents in Cuba.

The unnamed American citizen assigned to the consulate in Guangzhou had reported a variety of “physical symptoms” dating from late 2017 to April this year, the U.S. embassy in Beijing said in an email.

The worker was sent to the United States for further evaluation. “The clinical findings of this evaluation matched mild traumatic brain injury (MTBI),” the embassy said.

The State Department was taking the incident very seriously and working to determine the cause and impact, the embassy said. Pompeo said that medical teams were heading to Guangzhou to investigate the incident.

The State Department added the Chinese government told the embassy it is also investigating and taking appropriate measures.

“We cannot at this time connect it with what happened in Havana, but we are investigating all possibilities,” a U.S. embassy official told Reuters.

China’s Foreign Ministry did not immediately respond to a request for comment.

The U.S. government on Wednesday issued a health alert to Americans in China, warning them about the incident it described as “subtle and vague, but abnormal, sensations of sound and pressure”.

“While in China, if you experience any unusual acute auditory or sensory phenomena accompanied by unusual sounds or piercing noises, do not attempt to locate their source. Instead, move to a location where the sounds are not present,” the emailed alert said.

The U.S. government in October expelled 15 Cuban diplomats from the United States for what it said was Cuba’s failure to protect staff at the U.S. embassy in Havana from mysterious health incidents at one point thought to possibly have been acoustic “attacks”.

Staff there reported symptoms including hearing loss, dizziness, fatigue and cognitive issues, though Cuban officials dismissed the idea of acoustic strikes as “science fiction” and accused Washington of slander.

The cause of those incidents remains unresolved.

The Canadian government in April said it would remove families of diplomats posted to Cuba after Canadian personnel there in 2017 also reported similar health symptoms.