Prepare For Change
Home Awakening Why We Should Be Alarmed That Israeli Forces and U.S. Police Are... 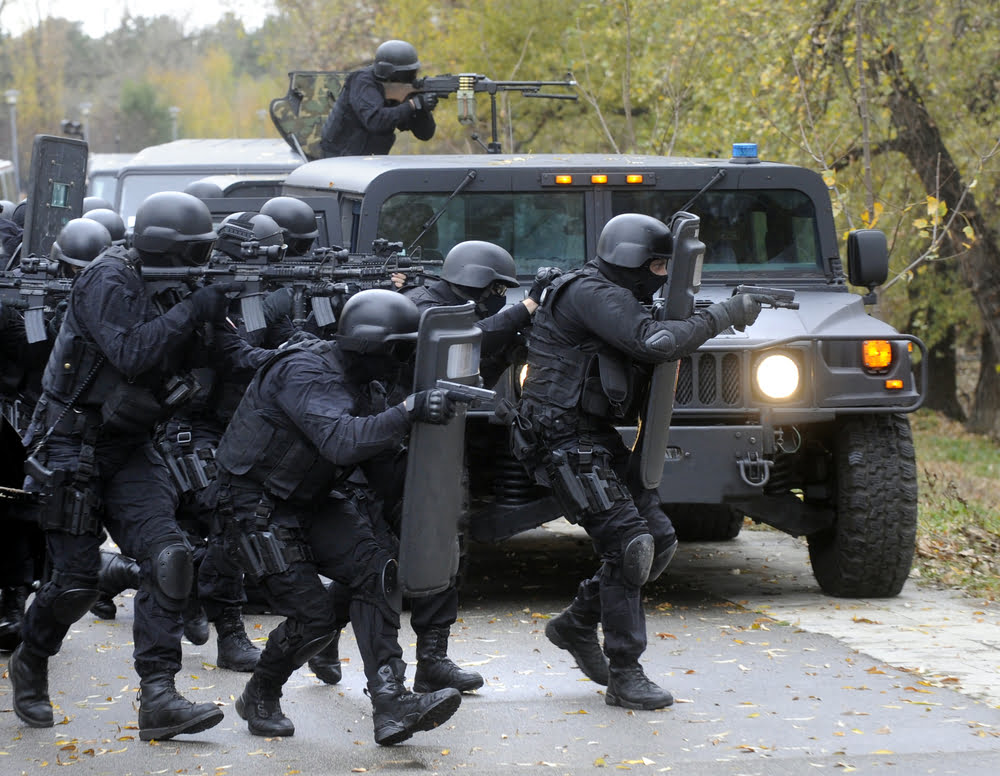 This article was jointly produced by Foreign Policy In Focus and In These Times.

Razan al-Najjar is the latest victim in Israel’s onslaught of Palestinians to go viral. The 21-year-old nurse was shot dead by a sniper. Her only weapon? A wad of medical gauze. She’d been treating protestors who’ve been rallying for their right to return to homes they were expelled from as refugees.

Unfortunately, the death of another unarmed civilian is hardly even news to Palestinians.

May 14, the day the United States moved its embassy to Jerusalem in symbolic support of recognizing the city as Israel’s capital, was also the bloodiest day in this recent wave of demonstrations. In just one day, at least 50 Palestinians were killed and 2,400 more injured by the Israeli military. (Other counts put those figures even higher.)

This isn’t an anomaly. In this latest wave of demonstrations, Israeli forces have killed dozens of unarmed protesters and wounded thousands more. And they’re not apologizing.

The violence has additionally troubling implications for the United States—and not just for its foreign policy, but at home. That’s because U.S. police forces actually train extensively with the Israeli military. In fact, hundreds of federal, state, local, and even some campus law enforcement departments across the country have trained in some capacity with the Israeli forces now gunning down Palestinian protesters in droves.

Some notable ones include the Chicago police, responsible for shooting and killing 17-year-old Laquan McDonald. The Baltimore police too, who were responsible for killing 25-year-old Freddie Gray. And the St. Louis department, which was deployed in Ferguson when protests erupted after police killed 18-year-old Michael Brown—prompting Palestinians halfway across the world to begin tweeting advice for minimizing injuries when police deploy tear gas.

U.S. police departments are sent to Israel, or sometimes Israeli forces come to the United States, under the pretense of counter-terrorism training.

Apparently that training includes learning the benefits of “skunk water”—a liquid developed by Israel that’s used to break up anti-occupation protests like the ones occurring right now. After protests in Ferguson, the St. Louis department started stockpiling the stuff.

And that now infamous NYPD Muslim surveillance program? The NYPD Intelligence Division Chief responsible for that one got the idea from a similar program used to spy on Palestinians.

It begs the question of whom the U.S. police consider terrorists.

But this isn’t a one-sided transfer of tactics. Dichter likes to think of the war on terror and the war on drugs in the same category. And when Israeli forces visit the United States, they also receive training from our police forces on the drug war tactics that have targeted Black and brown communities.

And just as well-documented as the U.S. police killings of Black Americans are the Israeli military killings, torture and surveillance of Palestinian adults and children.

Take 15-year-old Mohammed Tamimi. He was shot during a protest and had to have part of his skull removed. He was then taken by Israeli forces in the middle of the night, and beaten into confessing that they didn’t shoot him in the face, despite medical records and eyewitness accounts proving otherwise.

Of course, this story has an ending that Black Americans can also relate to — those in uniform will rarely be held accountable by the government.

While these connections may be new to some, the activists fighting both against the occupation of Palestine and for Black lives are not strangers to how their struggles are linked.

In 2015, Black and Palestinian artists and activists released a video and statement of Black-Palestinian solidarity in the face of state-sanctioned violence. And the Movement for Black Lives platform includes demands for the U.S. to divest from the occupation of Palestine.

The movement is taking root in many cities. In Atlanta, the group #ATLisReady released a list of demands following the police killings of Alton Sterling and Philando Castile — the first calling for the termination of the Atlanta Police Department’s involvement in Israeli training programs. And Jewish Voices for Peace launched “Deadly Exchange,” a campaign to end the sharing of the worst practices of policing.

And now, these movements are starting to notch some victories. Durham, North Carolina recently became the first city to ban trainings of U.S. police by the Israeli military.

The success of Durham’s training ban, spearheaded by Demilitarize from Durham2Palestine, is even more extraordinary when you consider the efforts of both the powerful pro-Israel and police lobbies to crack down on Black and Palestinian-led activist organizations.

While the joint forces of the Israeli military and the U.S. police are a terrifying and oftentimes deadly affront, a joint Black and Palestinian force for good is emerging as quite powerful itself. And as the death toll rises here and in Gaza, it’s needed now more than ever.