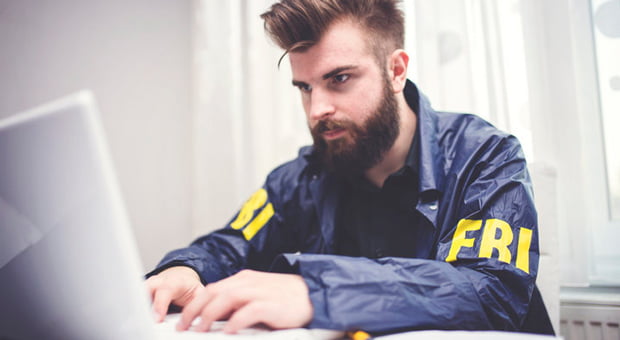 The real-life character from the popular movie “Catch Me If You Can,” made the revelation at the Blockchain Nation Miami Conference.

Abagnale says that the world’s biggest banks know that Blockchain is the future of secure data processing and payment settlement.

“I think you would have to be pretty ignorant not to realise that blockchain is the way for the future, it is the best way to secure information 100 percent, so I think you will see banks, especially accounting practices and accounting firms, all move to the blockchain, keeping records through blockchain.

Abagnale worked as a security consultant towards the end of his career.

Between the age of 15 and 21 years old, however, he was considered a master forger, who stole large sums of money.

In his speech, Abagnale explains that he observed major airlines and car rental companies like United Airlines and Hertz dropping off large sums of cash in zip-up bags in airports.

Abagnale says he bought a security guard costume, made a fake sign that read, “Out of Service, Place Deposits With Security Guard on Duty,” and walked away with millions of dollars.

Throughout his career as a forger, Abagnale faked cheques that he cashed out from big banks and financial institutions.

Eventually, Abagnale was found guilty of committing bank fraud and served his sentence in Miami.

After his release, he started his career as a consultant, advising the FBI among others.

Abagnale’s says the blockchain and cryptocurrency are noteworthy because he himself wouldn’t be able to defraud the system.

Bank fraud, which Abagnale is an expert, is not possible with the Blockchain.

Bitcoin, for example, can be used to send funds from one person or business to another.

The money is transferred without the need for security boxes armored cars, or third-party service providers.

It isn’t possible to forge or create more Bitcoin without running a 51 percent attack against the network,

Given the computing power required for such an attack, it is virtually impossible.

“One would have to be incredibly foolish not to see that [blockchain] is an incredible technology and that will be eventually adopted by all types of governments, businesses, and corporations.

“A cyber currency [cryptocurrency], just like anything else, it will take time to get people to understand how it works and I tell people all the time, and they say “is it safe?” I say every financial transaction has a risk.

“The only financial transaction in the world that exists that has no risk is a credit card because federal law takes total liability away from you.”

As Abagnale emphasizes, digital currencies like Bitcoin and Ethereum are still in their infancy.

Ethereum is less than three years old and for these technologies to be adopted, it may take well over a decade, as seen with the adoption of the internet.