Prepare For Change
Home Awakening An Update for 2018: More Evidence That Half of Americans Are In... 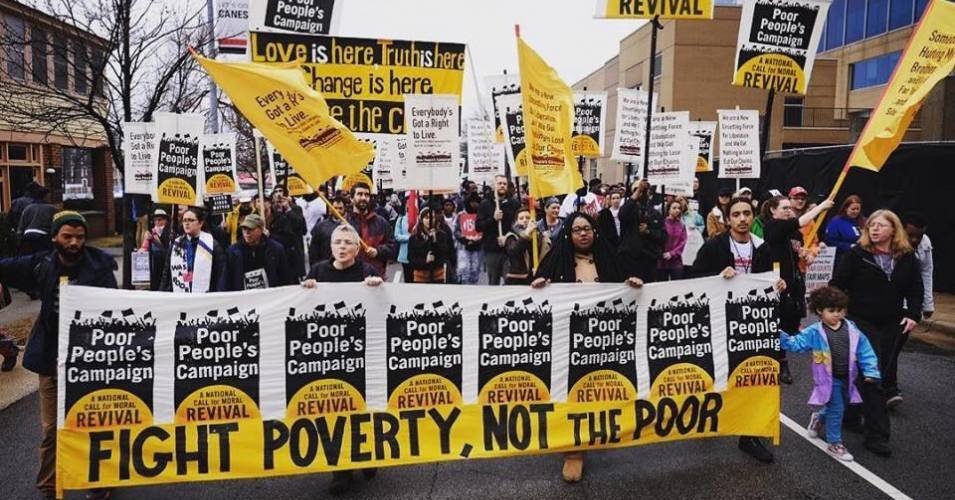 The extreme level of inequality in the U.S. is battering the poor

Deniers like Nikki Haley refuse to admit that mass poverty exists in their prosperous nation. That would reflect poorly on their capitalist beliefs. But if the skeptics would look at the half of America they don’t care to see, the stark display of destitution might shock them. At least until they invent an excuse to remove it all from their minds.

The U.S. poverty rate in 2016 was between 12.7 and 14.0 percent. But the poverty threshold is based on an outmoded formula from the 1960s. According to the Congressional Research Service (CRS), the threshold should be THREE TIMES HIGHER today. And it could be even higher if the true nature of poverty is considered.

Poverty is Not Just a Dollar Figure

There is poverty in the diminishing quality of life for Americans who are unable to pay for medical treatment during years of declining health, and instead turn to life-threatening opioid painkillers, readily available in a nation with less than 5 percent of the world’s population and 30 percent of the world’s opioid consumption. Poverty is the lack of community support in a winner-take-all society; the stress of overwhelming debt; the steady decline of jobs that pay enough to support a family; the inability to afford a move to a desired neighborhood; the deadening impact of inequality on physical and mental well-being. The United Nations describes America as a nation near the bottom of the developed world in safety net support and economic mobility, with the highest infant mortality rate in the developed world, the world’s highest incarceration rate, and the highest obesity levels. Low-income Americans are often surrounded by food deserts, with insufficient access to clean water and sanitation, and with the pollutionlevels of third-world countries. The poorest among us are even susceptible — unbelievably — to rare tropical diseases and once-eradicated scourges like hookworm.

Part of the definition of poverty is “the state of being inferior in quality.” The extreme level of inequality in the U.S. is battering the poor with a sense of inferiority. It’s ripping apart once-interdependent communities, and it’s triggering a surge in drug and alcohol and suicide “deaths of despair.”

Wealth is Almost Nonexistent for the Bottom 50%

The Poorest 50% Are Barely Sustained by Their Incomes

The United Way ALICE Project has calculated that 43% of U.S. households can’t afford a monthly budget that includes housing, food, child care, health care, transportation and a cell phone. The Federal Reserve concurs, estimating that 42% of U.S. adults are experiencing a high likelihood of material hardship.

Expenses Surging: Almost All Income for the Poorest 50% Goes to Vital Needs

Housing, child care, and health costs are crushing Americans. Nearly HALF of renters are cost-burdened, paying 30 percent or more of their income to their landlords. The median American household in most states would have to spend over 10 percent of its income just to send a 4-year-old to full-time preschool. The employee portion of medical costs for a typical family of four averages over $12,000, or about 20 percent of median household income.

For many families, that’s 60 percent of their income just for housing, child care, and health costs. Many are mired in debt. The average household in the poorer half of America is anywhere from $4,000 to $10,000 in credit card debt.

Numerous sources report that half of Americans have little or nothing saved for retirement, and the most recent GoBankingRates survey concluded that 42 percent of Americans will retire with less than three months’ retirement expenses.

So Who Gets the Government Benefits?

Deniers argue that few American families are really poor, because they benefit from low-income government programs. But Thomas Piketty, Emmanuel Saez, and Gabriel Zucman have calculated that, on average in 2014, the 40% of American adults with incomes just below the top 10% — the middle class — received more in safety net government transfers (Medicare, Medicaid, tax credits, food stamps/SNAP, Veterans’ benefits, etc.) than the bottom 50% of Americans (Figure 11).

When Social Security is included, the richest 10% on average received approximately as much in government transfers as the poorest 50% (Figure S.13).

Everyone benefits, thankfully, from essential government programs. But as the U.N. found, the American safety net is less supportive than that of almost all other developed nations. And the richest among us somehow manage to take the greater part of benefits meant for the poor. By any rational definition of poverty, half of our country’s households are dealing with it.