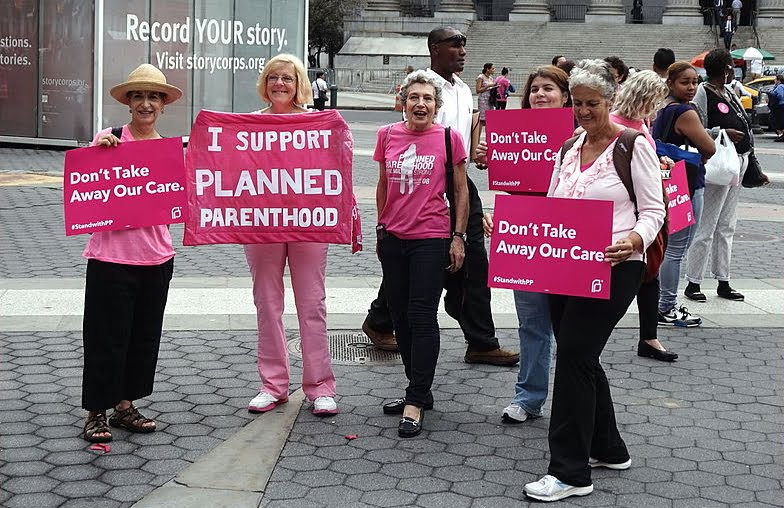 The nation’s largest supplier of abortions and other “women’s health” procedures, Planned Parenthood, is the subject of a new investigatory report that exposes the taxpayer-funded baby death organization as an active ally in the cover-up of rampant child sex abuse.

Citing eyewitness accounts, court cases, video footage and direct testimony from victims, the Live Action report definitively shows how Planned Parenthood has been actively engaged in a criminal conspiracy to cover up sex crimes against young girls – many of whom were raped and abused by their fathers, brothers and other family members who forced them to get abortions.

The story of a woman named Denise Fairbanks is one prominent example of this. Fairbanks says she was raped and impregnated at age 13 by her father, who proceeded to take his daughter to a Planned Parenthood clinic to get an abortion. Even though Fairbanks says she told Planned Parenthood staff at the time that she was being sexually abused by her father, they refused to notify authorities, and proceeded to quietly perform the abortion and send her on her way. Fairbanks’ father continued to rape her for another year and a half, she says.

Sponsored solution from the Health Ranger Store: The Big Berkey water filter removes almost 100% of all contaminants using only the power of gravity (no electricity needed, works completely off-grid). Widely consider the ultimate “survival” water filter, the Big Berkey is made of stainless steel and has been laboratory verified for high-efficiency removal of heavy metals by CWC Labs, with tests personally conducted by Mike Adams. Explore more here.

Another young girl had a similar story to tell about how her father, George Savanah, raped and impregnated her on three separate occasions. Each time he brought the girl to a Planned Parenthood clinic to have an abortion, effectively destroying the “evidence” – and each time, the Planned Parenthood clinic in question turned a blind eye to what was quite obviously going on.

When another young girl, 12 years old at the time, was taken to a Planned Parenthood clinic by her foster brother-slash-rapist to have an abortion, she experienced similar treatment. Even though it was obvious that the young girl was a victim of sexual abuse, Planned Parenthood staff never notified authorities, nor did they even bother to contact the girl’s parents, resulting in many more years of abuse, unwanted pregnancies and abortions.

“These incidents are not isolated,” writes conservative blogger Matt Walsh for The Daily Wire. “They are widespread, all too common, and Planned Parenthood has made absolutely no effort to correct the problem.”

“Planned Parenthood was already caught on video in 2011 failing to report the sex abuse of minors. In response, they held training sessions with their employees — to teach them how to detect when they’re being filmed. They did not provide any guidance on how to identify and report sex crimes. Because they simply don’t care about that. Planned Parenthood has always been a rapist’s best friend, and now they seem to have fully embraced that role.”

Despite all the rhetoric about “helping women” and defending “reproductive rights,” Planned Parenthood’s number one goal is making money, it’s important to note – and lots of it. Keep in mind that a great many Planned Parenthood staffers have been caught on undercover camera openly admitting that the organization engages in a highly lucrative – and highly illegal – baby body parts trafficking scheme that generates plenty of extra cash for greedy Planned Parenthood employees.

In one undercover video captured by the Center for Medical Progress, Planned Parenthood executive Mary Gatter is seen and heard wheeling and dealing aborted baby body parts and tissue remains as part of a black market cash generation scheme. During her discourse with someone whom she believes to be a potential customer, Gatter jokingly explains how she’s saving up to buy a Lamborghini with the illegal sale of aborted baby body parts.

This undercover video series brought to light by the Center for Medical Progress was the first major bombshell in recent years exposing the heinous nature of Planned Parenthood. This latest report and corresponding documentary series by Live Action, revealing Planned Parenthood’s support of child rape, is the second – and possibly the final straw for lawmakers seeking to press federal charges against the corrupt abortion provider.

“Financially, rape is good for business because it brings in money,” adds Walsh about Planned Parenthood’s grotesque financial strategy.

“Repeated rape, especially the repeated rape of a child by a family member, is extremely good for business because it creates a sustained revenue stream. And ideologically, it would hurt the cause of ‘reproductive rights’ if people began to understand just how often women are coerced or outright forced to ‘choose’ abortions.”