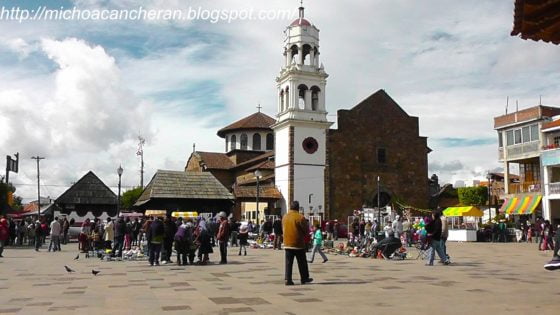 The town of Cherán was once plagued by people claiming the right to rule over them and now they live peaceful lives free of violence. After the town of 20,000 people in Mexico decided to take matters into their own hands by kicking out politicians, cops, and criminals, the now completely voluntary society is running great and the people finally have freedom and peace.

Cherán is now run by autonomous groups of armed individuals acting on a voluntary basis, with no one making laws, but no one harming each other either.  Choosing to work together instead of submitting to the authoritarian regime previously claiming ownership over the town and those who reside in it, the people couldn’t be doing better now that they’ve grabbed a firm hold of their freedom.

It sure sounds scary to those unable to imagine a life of true freedom, but the town has been liberated since 2011 and no politician is allowed to come in and begin to control the people.  According to Vice, armed men and women — not police, but members of an autonomous militia — guard every entrance to the town, looking for strangers with contraband. “Contraband” would be considered political propaganda posters of those who claim the right to rule other human beings. Since the town has been free since 2011, there’s no use for politicians or those who want power over others.

For years, the town had been terrorized for years by an organized crime syndicate devoted to illegally logging the surrounding forests. So after mobs drove out the criminals, they disarmed and drove out the corrupt cops who had protected them. Then they banned the politicians. -Vice

Cherán has achieved something unthinkable in Michoacán: a dramatic drop in murder rates, with rates for other serious crimes hovering at nearly zero. For those in Mexico, especially in an election year marred by wanton political murders, Cherán stands as proof that, in the country’s entrenched cycle of violence, the key ingredient to that violence is the state. Remove that ingredient, and it’s possible to start from scratch.  It bears reasoning that when those who claim the right to rule over others are removed from society, and people are left in freedom, they are much better human beings.

When you remove the myth of authority, that some have the right to own others, people freely and cooperatively work together for their best interests. Cherán is evidence that freedom works better than the bold and obvious socialist slavery in Venezuela.  As soon as people begin to realize that their freedom is not at the whims of any other human being, real change and a society based on non-violence and cooperation can thrive. But it’ll take considering the idea of a truly free society rather than putting one’s life into the hands of a master “politician.”