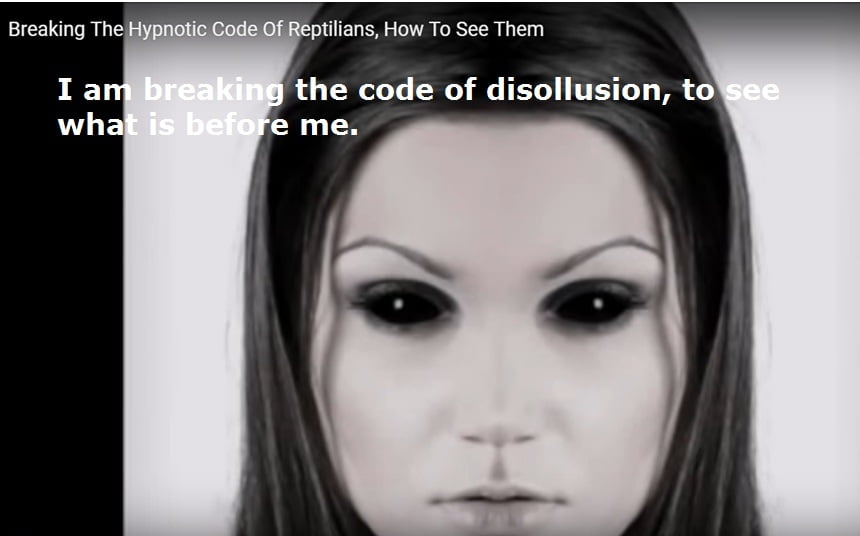 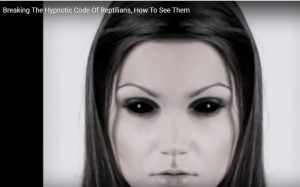 Are you ready to chew bubblegum and kick ass? One of the biggest advantages the Reptilians and occult controllers of this planet have over us is the ability to use illusion while being hidden in another dimensional frequency. How effective would their domination and control plan be if the veil was lifted like in the movie “They Live“?

As we continue to merge into higher dimensional frequencies, people have already reported seeing extra dimensional beings and geometric shapes in the form of light. The recent Wave X energies have helped to activate and enhance many people’s psychic abilities linked to clear seeing or clairvoyance. These energies are also helping people to shine a light on the hitchhikers in their own energy fields so that they can cut those energy cords at this time.

Many people are seeking clearings of dark energies, tags, and implants that may be clouding their natural sixth sense capabilities. The new energies on the planet are assisting clearings and creating faster ways of raising vibrational levels and consciousness. There has been a gradual unfolding of disclosure of the truth about who is here and why, although the acceleration of this event has exponentially increased as triggered by the mass awakening occurring on the planet. It has also been triggered by the dark forces due to their realization that we are uncovering the secrets of their tricks.

A very cool lady by the name of Fleurbrun may have broken the magic mind control Reptilian hypnotic code that is being used by some to give an illusion of what we actually see. This has been a part of the veil, along with frequency fences and grids that are designed to keep our vibration level below a certain point. This low vibrational frequency, coupled with GMO food, Chemtrails, pharmaceuticals, programming, and chemical tainted water have allowed for control over our thoughts and manipulation of our individual and collective holograms.

In a recent video, Fleurbrun explained how to break the Reptilian hypnotic code being used as a part of the veil. Even if we haven’t already refined our third eye vision of these beings, many of us have clear feeling or clairsentience that something is “off” with many people. This is due to an imbalance of energy as compared or combined with our own energy field. To be able to actually see their true identity is a game changer, and Fleurbrun has been sharing her “group’s” technique to many people via You Tube.  I have attached Fleurbrun’s recent explanation of this topic video at the bottom of this article.

It only takes a small number of very powerful light beings to make a huge difference on this planet. Could it be possible that we have been seeing an increase in panic from the hidden beings and covert controllers of this reality because of the ability to now see them? 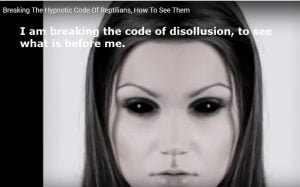 Here is how you can begin to break the hypnotic code of the Reptilians and other beings masquerading as humans on the planet:

When you intuit a being in your presence, say either telepathically or outloud, “I am breaking the code of disillusion to see what is before me.” Repeat this three times. You can actually create any mantra that you wish, including these words like, “Reveal the true identity of any entity outside of myself, that is cloaking itself or not showing itself. I am out of the agreement of this disillusion”. Just be sure to include the first sentence, as that seems to be the catalyst to break the code.

Depending upon your level of consciousness and vibration, you might see immediate results, or it may end up being a gradual thing. According to Fleurbrun, if you are doing low vibrational things such as eating meat and drinking a lot of alcohol, it may take longer for you to break through the veil. She makes this conclusion based on her and her group’s high vibrational practices and observations.

Being able to see them is not to be taken lightly, as there is a responsibility attached with the truth. Fleurbrun’s video comes with a very strong warning about opening up a can of worms, based on the feedback from many of her followers. If you are not prepared for seeing many different forms of beings and you hold onto some fear, you may be psychologically affected. Also, the moment you are in fear, it lowers your vibration which could make you susceptible to energetic attacks to try to lower you back into in a veiled vibrational field. These beings will know that you can see them.

Many people walking the Earth are not what they seem. Some are wearing bio suits and some are shapeshifters. As your consciousness changes, you may see indentations or tribal markings on their necks or faces- For an instant, you may see a shift to reptilian/snake eyes or even black or dark eyes with no whites. You may even develop your own ability to see full extradimensional overlays of other beings or robotic type AI technology

Some people are actually living with these entities in their household, at work, at church, and other public places, and may not be prepared emotionally to see the truth and deception around them. Clones, walk-ins, empty seeders (those without a soul), and various incarnated terrestrial and extraterrestrial forms such as insectoids, reptiles, and dragons are amongst us.

The biggest implications of breaking the veil will affect the negative dominant beings that do not want to lose control of the planet, as humans are a source of energy for them. However, we know that not all of the hidden beings are necessarily bad. The benevolent extraterrestrials and inter-dimensionals haven’t landed en masse to show us their various forms, as most humans are not prepared to meet the plethor of various races.

Many people that are still hunting for sport or that carry weapons out of fear based protection could try to shoot them. There are also various races already here that do not wish to share this planet with anyone else, and they have advanced weaponry like laser beams and frequency weapons. As you might imagine, there are also those who are here covertly to keep the malevolents from trying to blow up the planet if they cannot have it for themselves.

Overall, most humans are simply not mentally stable to begin with, and there has been an obvious planned weaning phase to get us to the understanding that we have today. The responsibility that comes with this knowledge as well as other esoteric knowledge involves helping people who may have a difficult time understanding what they are seeing or experiencing. Writing articles, creating videos, healing, and counseling are all ways to assist humanity as we move toward full revelation of the truth.