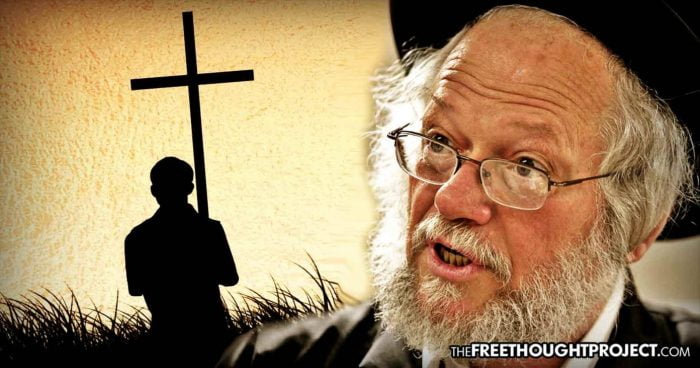 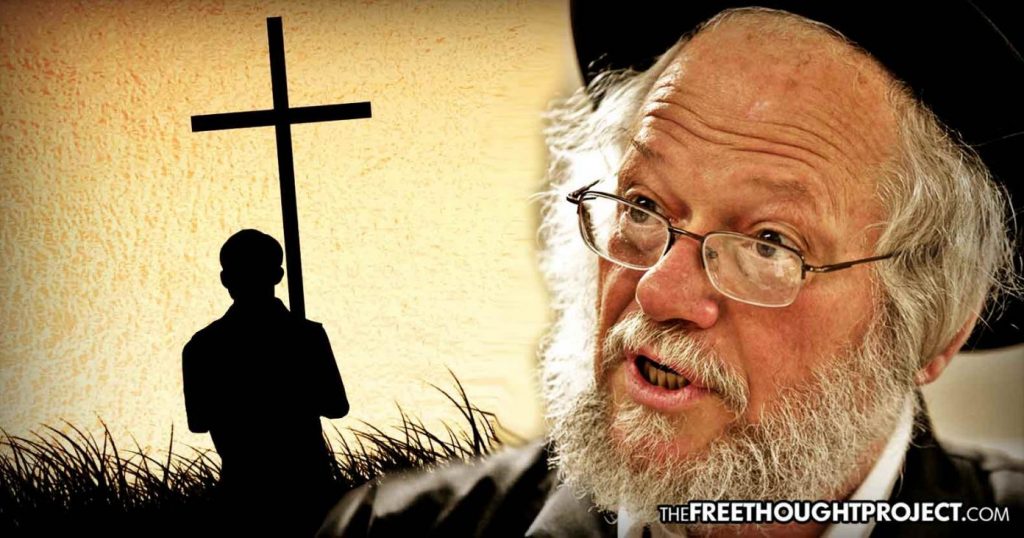 The Netflix documentary, One of Us, released in 2017 exposed what whistleblowers have been saying for years. Just as the Catholic Church maintained, protected, and allowed a pedophile ring of hundreds if not thousands of Catholic priests to rape and abuse children for decades, so too, has the Ultra-orthodox Jewish community in NY been accused of allowing 1 out of every 5 ultra-orthodox Jews to be abused without informing police.

Rabbi Nuchem Rosenberg, 68, has been blowing the whistle for decades in what may have seemed to some as a futile attempt to bring awareness to sexual abuses taking place in New York’s Jewsish community. In a 2013 interview with Vice, Rosenberg stated he witnessed firsthand the rape of a boy he believed to be around 7 years old when he visited an Orthodox Jewish ceremonial bath house (schvitz) in Israel. He described what he saw in 2005 with his own eyes. The following account is extremely graphic and the account may be a trigger for victims of child sexual abuse.

I opened a door that entered into a schvitz…and I see an old man, my age, long white beard, a holy-looking man, sitting in the vapors. On his lap, facing away from him, is a boy, maybe seven years old. And the old man is having anal sex with this boy…This boy was speared on the man like an animal, like a pig, and the boy was saying nothing. But on his face—fear. The old man [looked at me] without any fear, as if this was common practice. He didn’t stop. I was so angry, I confronted him. He removed the boy from his penis, and I took the boy aside. I told this man, ‘It’s a sin before God, a mishkovzucher. What are you doing to this boy’s soul? You’re destroying this boy!’ He had a sponge on a stick to clean his back, and he hit me across the face with it. ‘How dare you interrupt me!’ he said. I had heard of these things for a long time, but now I had seen.

Rosenberg’s recollection of events could have easily been explained away by labeling the Rabbi as a “conspiracy theorist”. However, years later, such anecdotal instances of child sexual abuse were recounted by survivors, all fundamentalist Jews, who were sexually abused by their religious leaders. The hush hush scandal burst into the mainstream with the 2017 Netflix release of One of Us, a film by Heidi Ewing and Rachel Grady. A synopsis of arguably the most disturbing scenes of the documentary comes from Hasidic writer and critic of the film, Moshe Levy. She writes:

We encounter Ari, an ex-Hasidic, charming teenager, as he wrestles with the demons of drug addiction and an innocent childhood brutally destroyed by the evil that is sexual abuse.

What Levy neglects to mention is Ari’s alleged abuser was the camp director at the Hasidic-only Jewish camp, an alleged abuser who was in a position of authority over the children and teenagers. While it’s true, as Levy writes, their Hasidic community is just like any other, she admits:

We have good people and bad people; happy marriages and loveless marriages; believers and skeptics; philanthropists and pedophiles; rabbis and rapists (sometimes they are both the same person).

One instance of abuse in the film is tempered by a 2008 expose by the New York Times which uncovered at least 60 pedophiles and predators were being protected by powerful Jewish politicians and lawyers.

The argument then, for the Jewish community, was and still is the argument the Catholic Church used to keep its dirty little secrets exposed. The Jewish members of the community feared ostracism and alienation and therefore should be protected, rather than expose precisely who the predators were and are. The argument made was the community would deal with its own, in its own way, without involving the criminal justice system. Attorney representing victim Michael Dowd described the magnitude of the problem:

The lead rabbis have the kind of power to shut people up that the Catholic Church had 50, 60 years ago.

Unfortunately, as Ari described, it may be easier to become a victim of a predatory pedophile than to get justice when such crimes take place. Rosenberg knows all too well what happens when a member of the secretive community speaks out.

He has now been ostracized from his own Jewish faith for decrying what he equated to an assembly-line of pedophile abusers who are also rabbis, teachers, and doctors, etc. Caricatures of Rosenberg as a snake quickly circulated among the sect, and the rabbi is no longer welcome.

Undaunted, Rosenberg maintains an active Twitter page and whistleblower hotline, in both the U.S., and Israel, whereby victims can call and report their abuse (HOTLINE number to report pedophilia (951) 262-3714. In Israel 079 934 1421).

Calling himself an “activist” whose organization is “dedicated to fighting pedophilia in Jewish communities worldwide”, Rosenberg has what he considers a higher calling, to protect children.

For speaking out, Rosenberg has been attacked both verbally and physically. In 2012, he was the victim of a bleach attack. Below is a CNN interview with Rosenberg as he describes how pedophiles are protected, not only by the Jewish community but by elected officials as well. The Hasidic Ultra-orthodox community has yet to face a #metoo style liberation.