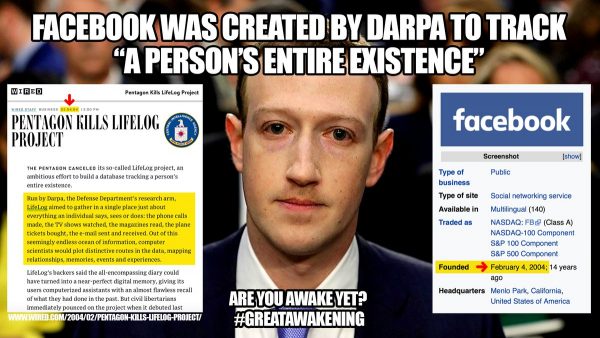 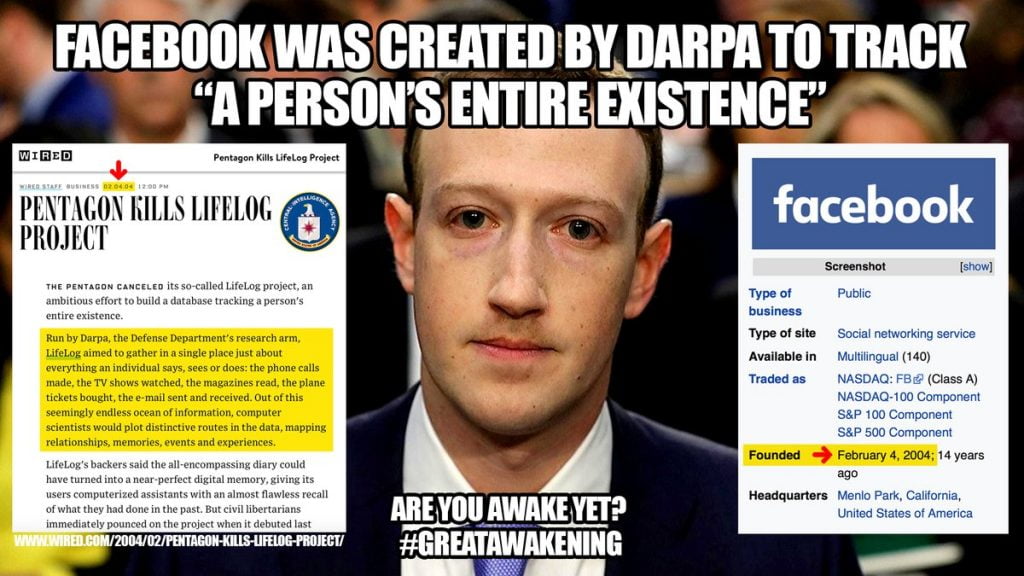 The Pentagon canceled its so-called LifeLog project, an ambitious effort to build a database tracking a person’s entire existence.

Run by Darpa, the Defense Department’s research arm, LifeLog aimed to gather in a single place just about everything an individual says, sees or does: the phone calls made, the TV shows watched, the magazines read, the plane tickets bought, the e-mail sent and received. Out of this seemingly endless ocean of information, computer scientists would plot distinctive routes in the data, mapping relationships, memories, events and experiences.

LifeLog’s backers said the all-encompassing diary could have turned into a near-perfect digital memory, giving its users computerized assistants with an almost flawless recall of what they had done in the past. But civil libertarians immediately pounced on the project when it debuted last spring, arguing that LifeLog could become the ultimate tool for profiling potential enemies of the state.

Researchers close to the project say they’re not sure why it was dropped late last month. Darpa hasn’t provided an explanation for LifeLog’s quiet cancellation. “A change in priorities” is the only rationale agency spokeswoman Jan Walker gave to Wired News.

However, related Darpa efforts concerning software secretaries and mechanical brains are still moving ahead as planned.

If you need another sign that Facebook’s world-dominating ambitions are just getting started, here’s one: the Menlo Park, Calif. company has hired a former DARPA chief to lead its new research lab.

Dugan served as the head of the Pentagon’s Defense Advanced Research Projects Agency from 2009 and 2012. Most recently, she led Google’s Advanced Technology and Projects Lab, a highly experimental arm of the company responsible for developing new hardware and software products on a strict two-year timetable.

The Weird DARPA/Facebook “Coincidence” You Never Heard About

Ever hear about “Lifelog?” You know, the DARPA project to create an automatically updated, itemized, organized, electronic list of every interaction you have, every event you attend, every place you go and everything you do?

The project that was announced and canceled the very same day Facebook launched? Well, neither had I? In today’s Thought for the Day we explore the Lifelog/Facebook “coincidence” and what it tells us about our wired world.