Prepare For Change
Home Awakening Ten Thousand Chemicals in Food and Food Packaging: What Are These Substances... 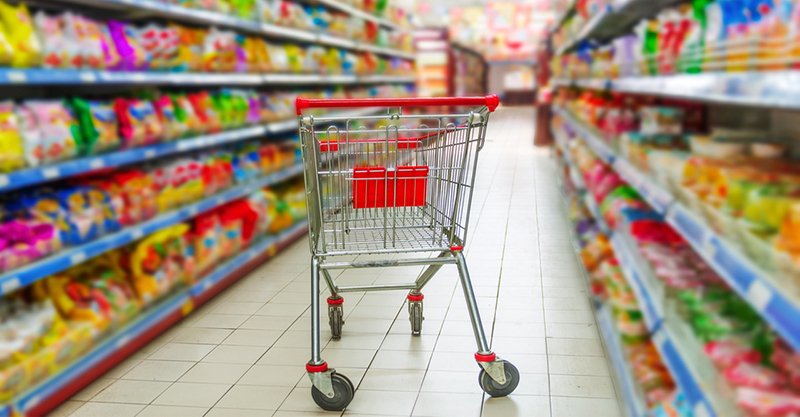 Public health challenges related to the foods that American children eat are a not-infrequent topic of national conversation. With 38% of children either overweight or obese, the childhood obesity epidemic tends to top the list of concerns, along with related issues such as children’s fast food consumption and the damaging effects of junk food advertising.

According to a recent nationally representative survey, about 60% of the calories consumed by Americans come from “ultra-processed” foods and beverages—defined as products resulting from “several sequences of industrial processes” and including additives “used to imitate sensory properties of foods or to disguise unpalatable aspects of the final product.” Alarmingly, the survey showed that adolescents (10- to 19-year-olds) were among the biggest consumers of ultra-processed foods and that their intake of these foods increased from 2007 to 2012, rising to over two-thirds (68%) of total calories consumed.

Given that teens are relying on additive-filled processed foods for the bulk of their calories, it is noteworthy that the American Academy of Pediatrics (AAP) just issued a policy statement about the risks to children’s health of the more than 10,000 chemicals directly or indirectly added to food and “food contact materials” in the U.S. Published in July 2018 in Pediatrics, the AAP commentary has three primary aims: (1) to review and highlight the significant health concerns associated with the chemicals in foods; (2) to formulate recommendations that pediatricians can share with families; and (3) to propose “urgently needed reforms” pertaining to regulation of food additives by the U.S. Food and Drug Administration (FDA). The majority of additives in U.S. foods have undergone either inadequate or zero regulatory oversight.

Produce was the only food category free of artificial coloring.

The AAP authors focus on a subset of the many additives and chemicals that populate and contaminate the foods eaten by children. Artificial food colors (AFCs) are one of the three categories of chemicals added directly to foods that the researchers consider (along with nitrates and nitrites). AFCs are “synthesized from raw materials obtained from coal tar or petroleum by-products,” and some (called “lakes”) are bound to aluminum, a metal with known neurotoxic properties. A 2016 analysis of 810 products in a single grocery store highlighted the pervasive presence of AFCs in products marketed to children, finding AFCs in 43% of the products overall and in at least nine in ten candies, fruit-flavored snacks and drink mixes or powders. Produce was the only food category free of artificial coloring.

Numerous studies have linked AFCs to attention-deficit/hyperactivity disorder (ADHD), although investigators also have determined that AFCs “seem to affect children regardless of whether or not they have ADHD.” Other reactions documented in association with AFCs include immune reactivity and behavioral symptoms such as irritability, sleep problems, restlessness and aggression. Researchers have pointed out that AFCs can have an “aggregated” effect in settings such as classrooms where most of the children present are experiencing AFC-related “behavioral decrements.” Unfortunately, the daily intake of AFCs certified as acceptable by the FDA has increased more than five-fold since 1950, and the current FDA-endorsed daily amount (68 milligrams per person per day) is well in excess of the level (50 mg/person/day) shown to be associated with stronger negative effects.

The endocrine-disrupting effects of the additives found in food are of particular concern in early life, when developmental programming of organ systems is susceptible to permanent and lifelong disruption.

The AAP authors also seek to raise awareness about the many chemicals indirectly added to food, namely the “adhesives, dyes, coatings, paper, paperboard, plastic, and other polymers, which may contaminate food as part of packaging or manufacturing equipment.” Specifically, they discuss the bisphenols that line metal cans; phthalates used in the manufacturing process as adhesives, lubricants and plasticizers; and packaging chemicals such as perfluoroalkyl chemicals (PFCs) and perchlorate. As a group, these chemicals have been associated with endocrine, neurodevelopmental and thyroid disruption; carcinogenicity; cardiotoxicity; immunosuppression; oxidative stress; and low birthweight.

The endocrine-disrupting effects of the additives found in food are of particular concern in early life, “when developmental programming of organ systems is susceptible to permanent and lifelong disruption.” Postnatally, infants and children are more vulnerable than adults because:

“[Infants and children] have higher relative exposures… (because of greater dietary intake per pound), their metabolic (i.e., detoxification) systems are still developing, and key organ systems are undergoing substantial changes and maturation that are vulnerable to disruptions.”

As if the chemicals listed in the commentary were not bad enough, the authors note in passing that a number of other substances not included in their analysis also “inadvertently enter the food and water supply” and can affect children’s health in significant ways. These include aflatoxins and other mycotoxins (implicated in growth impairment), dioxins (linked to low birthweight), polychlorinated biphenyls or PCBs (linked to obesity), mercury and other metal neurotoxins and pesticides. (The authors do not tackle the thorny issue of genetically modified foods “because they involve a separate set of regulatory and biomedical issues.”)

Lax regulation and conflicts of interest

The AAP statement highlights a number of “critical weaknesses” in the FDA-led regulatory system that is supposed to be overseeing food additives. Examples of regulatory weaknesses include:

The result of these regulatory loopholes is that there are substances in the food supply that are unknown to the FDA.

The AAP authors also observe that requirements for a designation of “generally recognized as safe” (GRAS) “do not contain sufficient protections against conflict of interest.” The GRAS designation is governed by the 1938 Federal Food, Drug, and Cosmetic Act (amended in 1958), which states that substances defined as food additives are subject to FDA approval “unless the substance is generally recognized, among qualified experts, as having been adequately shown to be safe under the conditions of its intended use” [emphasis added]. In addition, as explained in a 2013 article titled “Secret ingredients: who knows what’s in your food?,” companies “have the authority to make their own GRAS determinations using a panel of qualified experts” and then have “the option—but not the requirement—of notifying the FDA….” The result of these regulatory loopholes is that “there are substances in the food supply that are unknown to the FDA.”

The AAP authors describe an evaluation of over 450 GRAS evaluations submitted to the FDA, all of which were carried out by experts affiliated with or beholden to the manufacturer, meaning that none were made by a neutral third party. Another analyst has reported that, in the manner of the fox guarding the henhouse, over 2,600 flavoring substances have been given GRAS status not by the FDA but by a trade organization (the Flavor and Extract Manufacturers Association).

Coming full circle back to the problem of adolescent overweight and obesity, it is important to note that some of the chemicals described in the AAP policy statement, such as phthalates, have confirmed biochemical links to obesity. Thus, there are many reasons to be concerned about teens’ overconsumption of highly processed and packaged foods.

Outside of the U.S., other countries are taking “a more precautionary approach,” such as in the European Union, which requires warning labels for food dyes. The AAP authors suggest that it is time to “come together” in the same way as other countries “to advocate for the protection of children’s health.” It is also past time to reform the regulatory process governing food additives. Without firm measures, the authors suggest that there will be little to inspire public confidence in food safety.