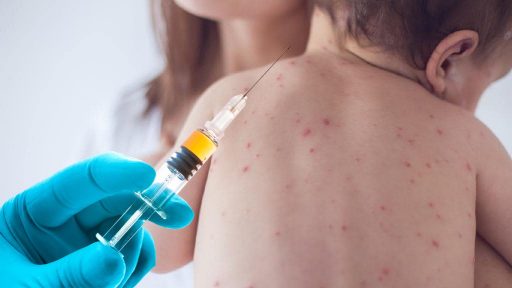 One of the fundamental errors in thinking about measles vaccine effectiveness is that receipt of measles-mumps-rubella (MMR) vaccine equates to bona fide immunity against measles virus. Indeed, it is commonly claimed by health organizations like the CDC that receiving two doses of the MMR vaccine is “97 percent effective in preventing measles,” despite a voluminous body of contradictory evidence from epidemiology and clinical experience.

This erroneous thinking has led the public, media and government alike to attribute the origin of measles outbreaks, such as the one reported at Disney in 2015 (and which lead to the passing of SB277 that year, stripping vaccine exemptions for all but medical reasons in California), to the non-vaccinated, even though 18% of the measles cases occurred in those who had been vaccinated against it — hardly the vaccine’s two-dose claimed “97% effectiveness.” The vaccine’s obvious fallibility is also indicated by the fact that that the CDC now requires two doses.

But the problems surrounding the failing MMR vaccine go much deeper. First, they carry profound health risks (over 25 of which we have indexed here: MMR vaccine dangers), including increased autism risk, which a senior CDC scientist confessed his agency covered up, which do not justify the risk, given that measles is not only not deadly but confers significant health benefits that have been validated in the biomedical literature. Second, not only does the MMR vaccine fail to consistently confer immunity, but those who have been “immunized” with two doses of MMRvaccine can still transmit the infection to others — a phenomena no one is reporting on in the rush to blame the non- or minimally-vaccinated for the outbreak.

Three years ago, a groundbreaking study published in the journal Clinical Infectious Diseases, whose authorship included scientists working for the Bureau of Immunization, New York City Department of Health and Mental Hygiene, and the National Center for Immunization and Respiratory Diseases, Centers for Disease Control and Prevention (CDC), Atlanta, GA, looked at evidence from the 2011 New York measles outbreak that individuals with prior evidence of measles vaccination and vaccine immunity were both capable of being infected with measles and infecting others with it (secondary transmission).

This finding even aroused the attention of mainstream news reporting, such as this Sciencemag.org article from April 2014 titled “Measles Outbreak Traced to Fully Vaccinated Patient for First Time.”

Titled, “Outbreak of Measles Among Persons With Prior Evidence of Immunity, New York City, 2011,” the groundbreaking study acknowledged that, “Measles may occur in vaccinated individuals, but secondary transmission from such individuals has not been documented.”

In order to find out if measles vaccine compliant individuals are capable of being infected and transmitting the infection to others, they evaluated suspected cases and contacts exposed during a 2011 measles outbreak in NYC. They focused on one patient who had received two doses of measles-containing vaccine and found that,

“Of 88 contacts, four secondary cases were confirmed that had either two doses of measles-containing vaccine or a past positive measles IgG antibody. All cases had laboratory confirmation of measles infection, clinical symptoms consistent with measles, and high avidity IgG antibody characteristic of a secondary immune response.”

“This is the first report of measles transmission from a twice vaccinated individual. The clinical presentation and laboratory data of the index were typical of measles in a naïve individual. Secondary cases had robust anamnestic antibody responses. No tertiary cases occurred despite numerous contacts. This outbreak underscores the need for thorough epidemiologic and laboratory investigation of suspected measles cases regardless of vaccination status.”

Did you follow that? A twice-vaccinated individual, from a NYC measles outbreak, was found to have transmitted measles to four of her contacts, two of which themselves had received two doses of MMR vaccine and had prior presumably protective measles IgG antibody results.

This phenomenon — the MMR vaccine compliant infecting other MMR vaccine compliant cases – has been ignored by health agencies and the media. This data corroborates the possibility that, during the Disney measles outbreak the previously vaccinated (any of the 18% known to have become infected) may have become infected or already were shedding measles from a vaccine and transmitted measles to both the vaccinated and the non-vaccinated.

Moreover, these CDC and NYC Bureau of Immunization scientists identified a ‘need’ for there to be “thorough epidemiologic and laboratory investigation of suspected measles cases regardless of vaccination status,” i.e. investigators must rule out vaccine failure and infection by fully infected individuals as contributing to measles outbreaks.

Instead, what’s happening now is that the moment a measles outbreak occurs, a reflexive ‘blame the victim’ attitude is assumed, and the media and/or health agencies report on the outbreak as if it has been proven the afflicted are under or non-vaccinated – often without sufficient evidence to support these claims.  Clearly stakeholders in the vaccine/non-vaccine debate need to look at the situation through the lens of the evidence itself and not science by proclamation or pleas to authority.

Amazingly, the truth has been suppressed for decades. Twenty years ago, the MMR vaccine was found to infect virtually all of its recipients with measles. Scientists working at the CDC’s National Center for Infectious Diseases, funded by the WHO and the National Vaccine Program, discovered something truly disturbing about the MMR vaccine: it leads to detectable measles infection in the vast majority of those who receive it. The MMR vaccine’s manufacturer Merck’s own product insert, the MMR can cause measles inclusion body encephalitis (MIBE), a rare but potentially lethal form of brain infection with measles. Learn more by reading my article on the topic, “The Vaccinated Spreading Measles: WHO, Merck, CDC Documents Confirm.”

Stop Blaming A Failing Vaccine on Failure to Vaccinate

The moral of the story is that you can’t blame non-vaccinating parents for the morbidity and mortality of infectious diseases when vaccination does not result in immunity and does not keep those who are vaccinated from infecting others. In fact, outbreaks secondary to measles vaccine failure and shedding in up to 99% immunization compliant populations have happened for decades. Here are just a few examples reported in the medical literature:

There are plenty of other examples of the measles vaccine’s abject failure, including a study published in PLoS titled, “Difficulties in eliminating measles and controlling rubella and mumps: a cross-sectional study of a first measles and rubella vaccination and a second measles, mumps, and rubella vaccination,” which brought to light the glaring ineffectiveness of two measles vaccines (measles–rubella (MR) or measles–mumps–rubella (MMR) ) in fulfilling their widely claimed promise of preventing outbreaks in highly vaccine compliant populations. We dove deeply into the implications of this study in our article titled, “Why Is China Having Measles Outbreaks When 99% Are Vaccinated?“

The most recent example was released on the CDC’s website today in a report titled, “Measles Outbreak in a Highly Vaccinated Population — Israel, July–August 2017,” where they describe a patient zero who had received three doses of MMR. Not unsurprisingly the CDC does not draw the obvious conclusion that the MMR vaccine failed, rather, that they should consider the measles a possibility when they examine a patient with fever and a rash even when the patient is vaccinated.

These seven outbreaks are by no means exhaustive of the biomedical literature, but illustrate just how misled the general public is about the effectiveness of measles vaccines, and the CDC’s vaccination agenda in general.  No amount of historical ignorance will erase the fact that vaccination does not equal immunization; antigenicity does not equal immunogenicity. Nor are the unintended, adverse effects of MMR and other vaccines in the CDC schedule accurately portrayed, precluding access to the medical ethical principle of informed consent.

To learn more about this topic read my previous article, “The Vaccinated Spreading Measles: WHO, Merck, CDC Documents Confirm.”

This article was originally published at Greenmedinfo.com, by Founder Sayer Ji, posted here with permission. You can sign up for their newsletter here.

What exactly is causing illness worldwide if SARS-CoV-2 has never been isolated, purified and shown to cause any human disease, let alone a pandemic?

Dr. Michael McDowell “In Response to the Vaccine” Part 1 (August...

Dr. David Martin drops bombshell: The FDA has only approved a...

PART 2: Dr. Robert Malone on Ivermectin, Escape Mutants, and the...