Prepare For Change
Home ARCONTES As the US Spent $1.5 Million a Day to “Fight” Afghan Heroin... 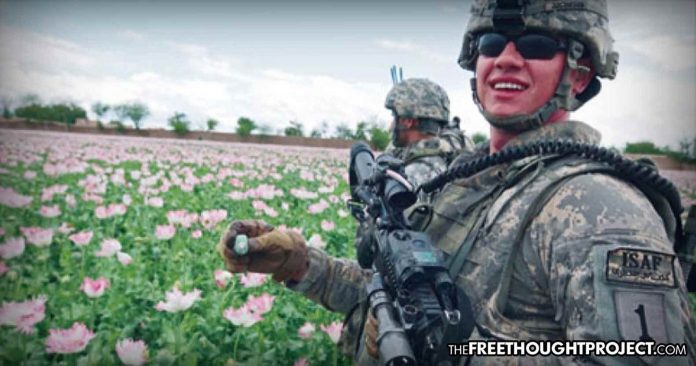 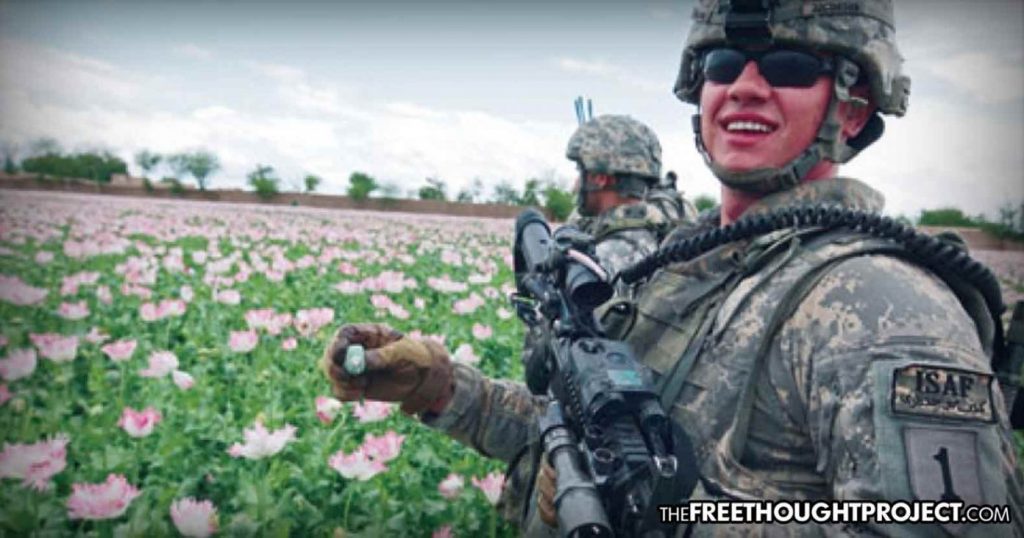 (SCF) On November 5 yet another US soldier was killed by a member of Afghanistan’s military forces, as the country continues to be wracked by violence in its seventeenth year of war.

Donald Rumsfeld was US Secretary for Defence from 2001 to 2006 under President George W Bush. They, along with other psychotic figures such as Vice-President Dick Cheney, were responsible for the invasions of Afghanistan and Iraq, and their legacy is apparent in many spheres, one of which is the drug production bonanza in Afghanistan.

In August 2004 NBC News reported Secretary Rumsfeld as declaring “The danger a large drug trade poses in Afghanistan is too serious to ignore. The inevitable result is to corrupt the government and way of life, and that would be most unfortunate.” He issued the warning that “It is increasingly clear to the international community that to address the drug problem here is important for the people of Afghanistan.”

Rumsfeld, for once during his catastrophic years as chief war-maker, was absolutely right, and his pronouncement about likely danger and impending corruption was spot on. The US invasion and subsequent operations led to Afghanistan becoming the fourth most dangerous and fourth most corrupt country in the world.

The “drug problem” to which he referred has expanded rapidly over the years. It is destroying Afghanistan. It is a main reason for the place being ungovernable.

It’s all very well to blame Afghans for growing poppies and producing opium and heroin, but what they are doing is meeting international demand. After all, there would be no drug industry in Afghanistan if there wasn’t a welcoming market in the drug-loving prosperous West — although it has to be noted that only about four per cent of its massive narcotics production ends up in the US, which gets most of its heroin from South America.

Mr John Sopko, the US Special Inspector General for Afghan Reconstruction (SIGAR), has just produced his latest quarterly report for the US Congress in which he observes that “From 2002 through September 2018, the United States has committed an average of more than $1.5 million a day to help the Afghan government combat narcotics. Despite this, 2017 poppy cultivation is more than four times that reported by the UN Office on Drugs and Crime for 2002, the first full year of US intervention in Afghanistan,” so there is small wonder that the country is “the largest source of street heroin in Europe and Canada.”

Mr Sopko observed that efforts to combat drugs “have cost US taxpayers more than $8 billion since 2002, yet Afghanistan’s opium crisis is worse than ever,” and the increase in the area and quantity of poppy cultivation has been impressive and depressing.

Washington is well aware of the shattering effects of Afghan drug production, but the SIGAR writes that “counternarcotics seems to have fallen completely off the US agenda. The State Department’s new ‘Integrated Country Strategy’ for Afghanistan no longer includes counternarcotics as a priority, but instead subsumes the issue into general operations. Meanwhile, the US military says it has no counternarcotics mission in Afghanistan, and USAID says it will not plan, design, or implement new programs to address opium-poppy cultivation.”

It is amazing that “The US military says it has no counternarcotics mission in Afghanistan.”

What happened to the campaign against drug processing that began in November 2017 when “US and Afghan forces launched a series of attacks on narcotics laboratories in southern Afghanistan”?

The massive aerial bombardment of ten drug-processing laboratories included strikes by some Afghan air force Tucano aircraft, but the main assault was by the US Air Force which for the first time in Afghanistan used its F-22 Raptor aircraft, flown from the United Arab Emirates. B-52 strategic nuclear bombers based in Qatar attacked targets, and F-16s joined in from the Bagram base near Kabul. The operation also involved KC-10 and KC-135 refuellers, every surveillance means that could be deployed, and command and control aircraft. This was a major — and very expensive — operation.

The commander of foreign forces in Afghanistan, US General John Nicholson, told a news conference “We hit the labs where they turned poppy into heroin. We hit their storage facilities where they kept their final products, where they stockpiled their money and their command and control.” Not only that, but “The strikes that were prosecuted last night will continue… This is going to be steady pressure that’s going to stay up and we are not going to let up.” He said “the Drug Enforcement Administration estimates there are 400 to 500 opium laboratories across Afghanistan”. So after that first attack in November 2017 there were ten down and about 400 to go.

But SIGAR tells us in October 2018 that “the US military says it has no counternarcotics mission in Afghanistan.” Why?

There is nobody better placed to explain this than Mr Sopko, who had already observed that the Pentagon’s airstrike campaign against drug laboratories might not have the intended effect, as its “longer-term impact on narcotics remains uncertain.” Not only this, but “there is also the risk that air strikes could result in civilian deaths, alienate rural populations, and strengthen the insurgency.”

He was right on the button, because, as reported by The Washington Post, in January to June 2018 the UN Assistance Mission in Afghanistan “documented 353 civilian casualties, including 149 deaths, from airstrikes, a 52 percent increase from the same period in 2017.”

There is no doubt that these casualties alienate the rural population, given the example of one strike in July 2018 when the New York Times wrote that “Fourteen members of a family, including three small children, were killed when an American airstrike destroyed their home, several Afghan officials confirmed on [July 20]. In what has become a familiar litany, particularly in Taliban-dominated Kunduz Province, Afghan and American officials had initially denied that any civilians had been killed in the strike . . . claiming the victims were Taliban fighters. Then 11 bodies belonging to women and children appeared at the hospital in Kunduz City, about four miles from the site of the attack in Chardara District. The Taliban do not have women fighters and the children were very young.”

Time after time the US-NATO and Afghan authorities “initially deny” that there have been civilian deaths or casualties caused by airstrikes and are then found to be disguising the truth because there can be no denial of facts when shrapnel-ridden bodies of little children are laid out on the ground. Such absurd statements play right into the hands of the militants and, in the predictive words of the SIGAR, “strengthen the insurgency.”

This might explain why the massive and much-publicised air campaign against opium-processing facilities has been abandoned. But what happens now?

The US State Department and the Pentagon were told by experts that the narcotics problem was immense. For example, in a speech at Georgetown University in 2014 the SIGAR said: “By every conceivable metric, we’ve failed. Production and cultivation are up, interdiction and eradication are down, financial support to the insurgency is up, and addiction and abuse are at unprecedented levels in Afghanistan.”

Nothing has changed since then. The 2017 aerial blitz failed utterly, as have so many plans and operations to attempt to reduce narcotics production, and the US-NATO military alliance in Afghanistan continues to flounder in a quagmire of insurgency. The drug catastrophe is plain for all to see, and after seventeen years of war and expenditure of eight billion dollars the illegal narcotics industry is thriving.

Can this be indicative of the general level of competence of the US Department of State and the Pentagon? Can they get anything right?

Brian Cloughley is a British and Australian armies’ veteran, former deputy head of the UN military mission in Kashmir, and Australian defense attaché in Pakistan.