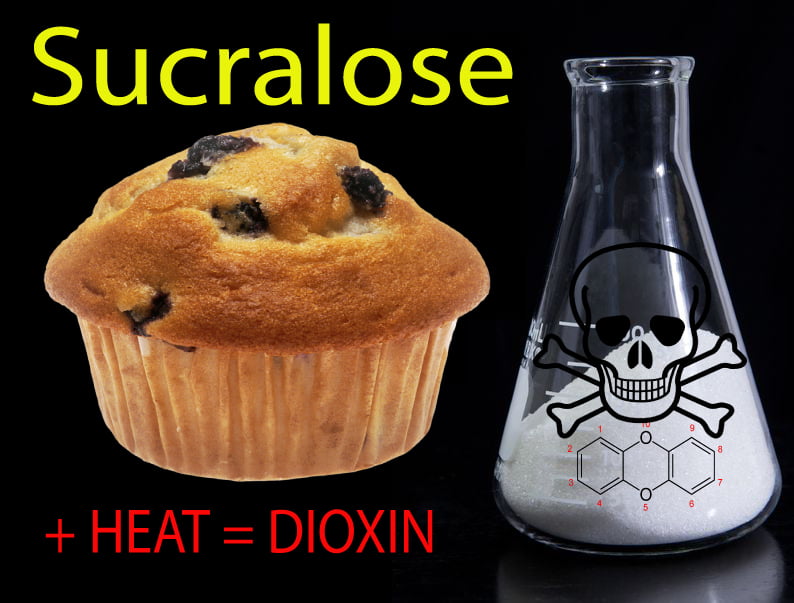 A review on the synthetic sweetener sucralose (marketed as Splenda), published in the journal Toxicology and Environmental Health, overturns widely held misconceptions about the purported safety of this ubiquitous artificial sweetener.

Found in tens of thousands of products and used by millions of consumers around the world, sucralose’s unique ability to dissolve in alcohol and methanol as well as water, makes it the most versatile and therefore most widely used artificial sweetener in production today. And yet, its popularity is no indication nor guarantee of its safety, as is evidenced by the widespread use of other artificial sweeteners like aspartame, which while being safety approved in 90 nations around the world, has been linked to a wide range of serious health conditions including possible neurotoxicity.

But tide is turning…

Back in 2013 year, the Center for the Public Interest in Science downgraded Splenda from “safe” to “caution,” citing their need to evaluate a forthcoming Italian study linking the artificial sweetener to leukemia in mice as a basis for their decision.

Another human study published around that time linked Splenda to diabetes-associated changes, calling into question its value as a non-calorie sweetener for those suffering with, or wishing to prevent, blood sugar disorders.

The 2013 review, however, may be the most concerning yet to surface in the peer-reviewed literature. Titled, “Sucralose, a synthetic organochlorine sweetener: overview of biological issues,” it reveals an extensive array of hitherto underreported safety concerns, not the least of which is the formation of highly toxic chlorinated compounds, including dioxins, when Splenda is used in baking, an application which its manufacturer, McNeil Nutritionals (a subsidiary of Johnson & Johnson), actively encourages it to be used for, including targeting children as ideal consumers. [see: Cooking and Baking: SPLENDA®] 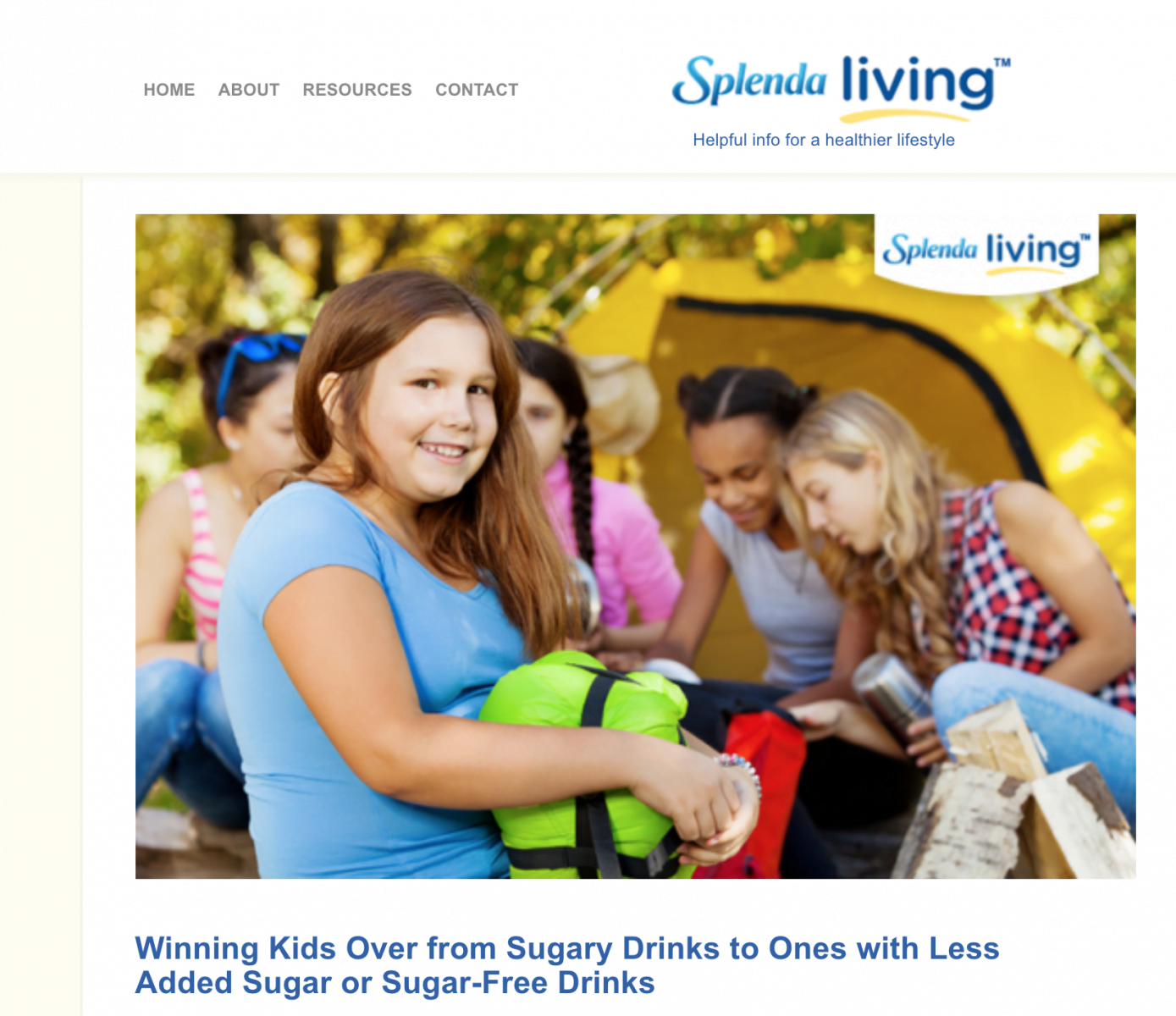 The study argues that, despite its widespread approval and use, further scientific safety research is warranted due the following significant findings:

Finally, and perhaps most importantly:

As the reader can plainly see, the picture is a complex one, and there are more unresolved questions than answers. But perhaps the most concerning issue addressed in the report is the ‘Safety of Sucralose That Has Been Heated.’ According to the paper, historically, sucralose was reported to be heat stable at temperatures used in cooking. But they cite a number of reports from independent laboratories showing that sucralose undergoes thermal degradation when heated. One study showed that the stability of sucralose decreased as the temperature and pH increased, with the breakdown process commencing at 119 degrees Celsius and temperatures of 180 degrees Celsius causing its complete degradation at all pH levels with the release of chloride ions.  Additionally, they refer to research showing that sucralose can break down into the following concerning compounds when heated:

Chlorinated compounds like dioxins and DDT are notorious for being both highly toxic and resistant to breaking down once released into the environment, which is why they are classified as ‘persistent organic pollutants.’ Splenda was launched in 2000 with tagline “Made from sugar, so it tastes like sugar,” until it retired this slogan in 2007 after settling with its rival, Merisant Co., the maker of Equal, who accused the makers of Splenda of intentionally confusing consumers into thinking its product was more natural and healthier than other artificial sweeteners. Long gone are the days that this artificial sweetener can be marketed as natural, safe and a healthy alternative to sugar. To the contrary, today’s research clearly indicates that sucralose is a chemical that we should go to great lengths to avoid exposure to rather than something we should intentionally add to our food. You will also find a growing body of research that indicates that sucralose not only does not break down in the environment, but survives water treatment plant purification techniques, with the inevitable consequence that it is accumulating in concentrations in our drinking water and the environment that may adversely impact humans and wildlife alike.

The discovery that thermal breakdown through cooking can lead to the formation of highly toxic and equally persistent chlorinated compounds, including dioxins, should raise a series of red flags for consumers, manufacturers and regulators as the information becomes more widespread. A cursory perusal of the World Health Organization’s description of ‘Dioxins and their effects on human health,’ which lists it as belonging to the “dirty dozen” of the world’s most dangerous pollutants, will see what is at stake here. Here are the key facts on dioxin from the WHO document:

For more information on the formation of toxic chlorinated byproducts following the heating of sucralose read a 2013 study published in Scientific Reports titled, “Polychlorinated dibenzo-p-dioxins and dibenzofurans formed from sucralose at high temperatures,” which goes into the topic in greater depth.

Lastly, an equally concerning issue addressed by the paper is the problem of the acceptable daily intake (ADI). The FDA approved an ADI for humans of 5 mg/kg/day in 1998 based on toxicity studies in rats by determining a no-observed-effect level (NOEL) of 500 mg/kg/day, and then applying a 100-fold safety factor. Since then, research has emerged showing that the NOEL in the microbiome (‘gut bacteria’) of rats for Splenda is actually as low as 1.1 mg/kg/day – 454 times lower than first determined – and 3.3 mg/kg/day for changes in intestinal P-gp and CYP – 151 times lower than first determined. Therefore, if the biological effects of sucralose in rats and humans are the same, or similar, then significant effects would be expected in humans far below the ADI.

Given the clear indication of harm associated with Splenda, as well as the fact that heating Splenda as advised by the manufacturer can release toxic dioxin, we call on McNeil Nutritionals to clearly label the risks of their product both on the product packaging and website.

For additional research on sucralose’s adverse health effects, visit our research pagethat collates peer-reviewed research on its toxicological properties. You can also read our article: Top 5 Reasons Never To Use Splenda. Also, for research on natural sweeteners not associated with these adverse effects, take a look at the following alternatives.

Why You Don’t See Ads on GreenMedInfo

Did you know that GreenMedInfo.com is 100% member supported? It is through your membership that we are able to add research content daily, provide thoughtful articles on groundbreaking health & wellness topics, and continue to educate and empower people on the science supporting natural healing.

Our website has always offered open access to our carefully curated research (and always will) but we recently made the decision to become completely advertisement free.

In order for us to continue, we need your support more than ever. Our membershipsstart at only $8.00 per month and provide you with enhanced content & features.

We appreciate you supporting our mission and sharing our passion!

For more information on becoming a member of GreenMedInfo.com, click here.