Prepare For Change
Home Collaboration Child Handcuffed, Arrested and Thrown in Jail for Missing Too Many Days... 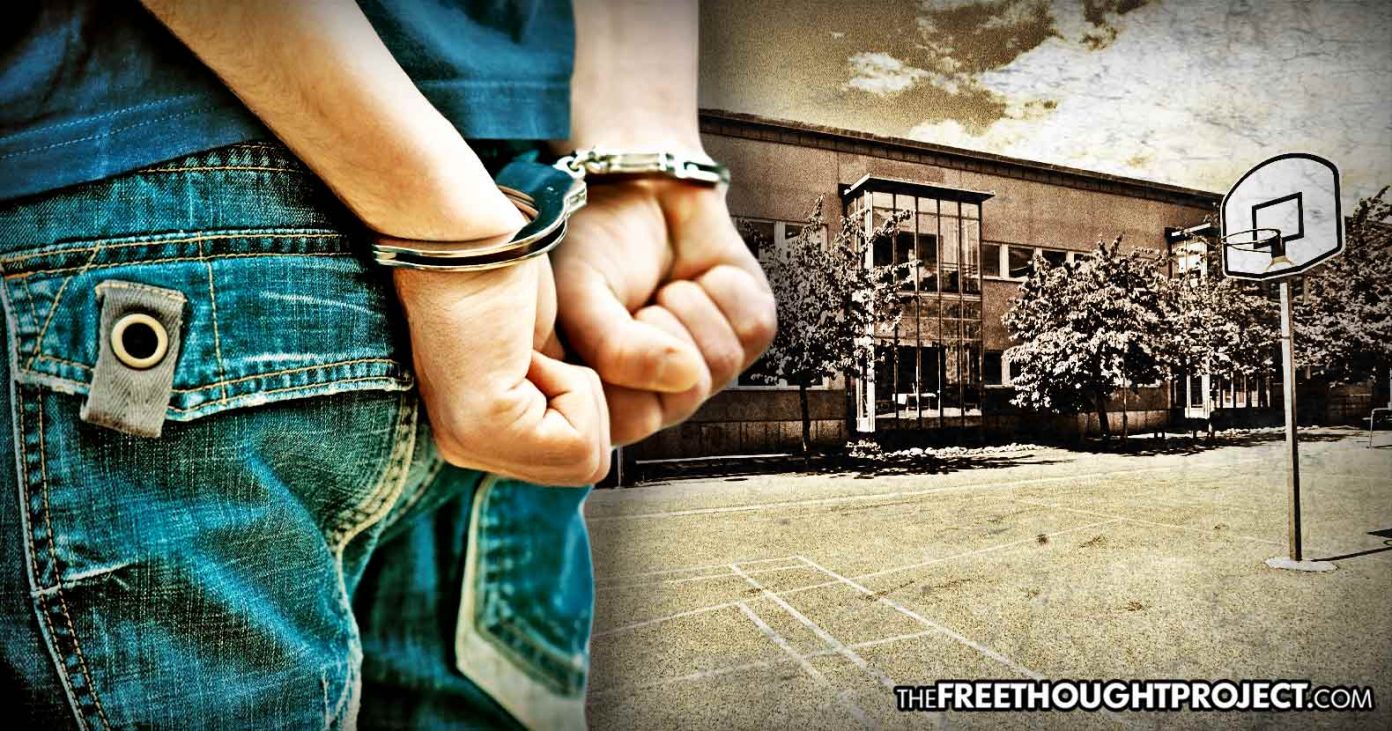 Muskogee County residents, whose school-aged children accrue four absences over a four-week period of time, get a ticket from police and have to see a judge. The citation, if not signed, also leads to the detainment and potential arrest of their children. In police accountability circles, the truancy to incarceration system is known as the “school to prison pipeline.” One mother, whose son was arrested, placed in handcuffs, and taken to the same building which houses the county jail, is speaking out.

Stephanie, who chose not to use her last name while being interviewed with WMBF reporters, fully accepted the blame for her son not attending school as frequently as he should have.

It’s my fault. Exactly. It’s not my 14-year-old son’s fault. He doesn’t have a car to get himself there…I am willing to take responsibility for the days that he did miss..Them arresting him, putting handcuffs on him, and leaving marks on him and traumatizing him, in my perspective, is unacceptable!

TFTP called Muskogee County’s Community Intervention Center (CIC), the county branch which enforces the truancy program. Instead of reaching CIC, the phone number we dialed connected directly with the jail, which transferred us over to CIC. The receptionist stated parents get tickets and the local judge decides on the amount of the fine to be levied against parents whose children are absent from school. She also confirmed to us if the parents refuse to sign the citation, the children are then detained and taken to CIC where their parents have to sign the citation to receive custody of their children. This process is exactly what Stephanie told reporters happened to her son when he was kidnapped by police, placed in handcuffs, and taken to jail (CIC office is located inside the jail’s building). She said he was injured both physically and emotionally and that his absences from school were because of illness.

I could visibly see marks on his wrists…Even if it’s 20, they shouldn’t have handcuffed him in front of everybody…Kids get sick, and they don’t always have to have a doctor’s note.

That’s Oklahoma state statute. It’s been on the books for decades now…Parent comes in, signs the citation, and goes about the day.

In addition, students between the ages of 12 and 17 may also be cited by Oklahoma City police officers for non-attendance in compliance with Oklahoma City municipal ordinances. The first conviction carries a fine of $50, the second is a fine of $100, and the third and additional convictions are $150 each.

The crimes referenced above are misdemeanor child neglect. What may be ironic to some is the fact that the above statutes do not apply to home school students in the State of Oklahoma. Not only are students not required to be taught by a certified teacher but attendance in home school programs is not required to be documented. In other words, if a family decides to home school their child, they do not run the risk of getting truancy fines, being convicted of misdemeanors associated with truancy, and avoid the school-to-prison pipeline.

Complicating matters for some families is the fact Oklahoma raised its dropout age to 18 thereby preventing citizens from bypassing truancy laws. For parents wishing to think outside the box, a GED or home school education may be the best way to complete high school without submitting to the state’s system of education.

What Stephanie sees which others may not (or not be willing to decry) is a system which allows households to be charged for their children’s truancy. Such misbehavior (skipping school) can and does lead to students being kidnapped by police, held against their will, and placed in handcuffs, while their parents (presumably who cannot afford to pay such hefty fines) are threatened with criminal action for allowing their children to be absent four times out of 20 school days.

Who hasn’t been sick four days in a row and who later went back to school? The educational system is rigged folks. It’s rigged for the prison industrial complex. It’s rigged for the courts. It’s rigged to take money from poor parents. And it’s rigged to separate children from their parents and place them in foster care. For more information on how closely Muskogee’s Community Intervention Center (CIC) is connected to the criminal justice system, click here.

Compulsory attendance laws to age 18 would not be necessary if K-12 education in America was of any value. Instead, because the educational system does not prepare students for a job or career out of high school, students become bored and want out.

Unfortunately, with schools operating like prisons, it’s nearly impossible to get out. Think of it like this: You’re free to go to school at no charge, but if (after enrolling in public school) you choose not to continue taking the free gift, you can get arrested, taken to jail, and charged. That means the system isn’t free at all and neither are the students.

If one signs up for the public school system, you’re literally at the mercy of the state which can not only take away your freedom and financial assets but your parental rights as well. This is precisely why so many parents are now choosing home school and independent study as a viable option to public schooling.

Jack Burns is an educator, journalist, investigative reporter, and advocate of natural medicine. This article first appeared at The Free Thought Project.com