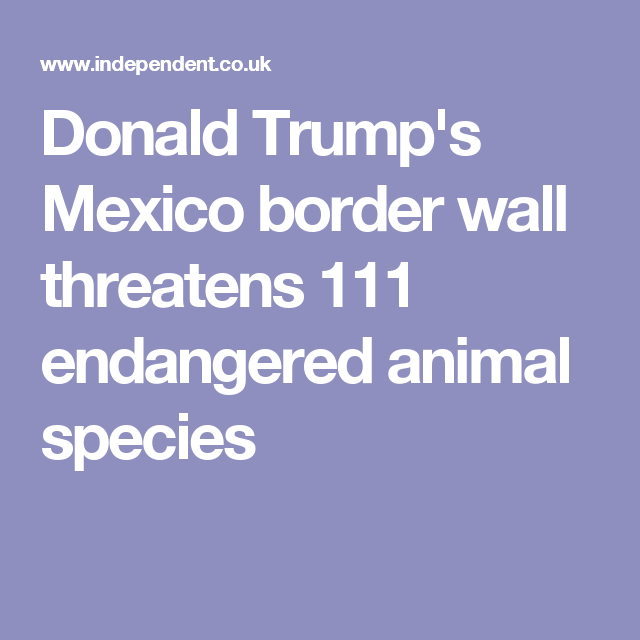 Donald Trump’s plan to build a “beautiful” wall between the US and Mexico will threaten 111 endangered animal species and cause major environmental damage, experts have warned.

It will have “severe ecological consequences” and “significant environmental costs”, according to Dr. Shonil Bhagwat, a senior lecturer in Geography at the UK’s, Open University.

As well as destroying natural habits, building a concrete wall would split animal populations in half, making it harder for them to breed and increasing the risk of diseases, he said.

Species at risk include ocelots, bears, Bighorn sheep, the US’s last remaining wild jaguars, and the bald eagle – the national bird of America. 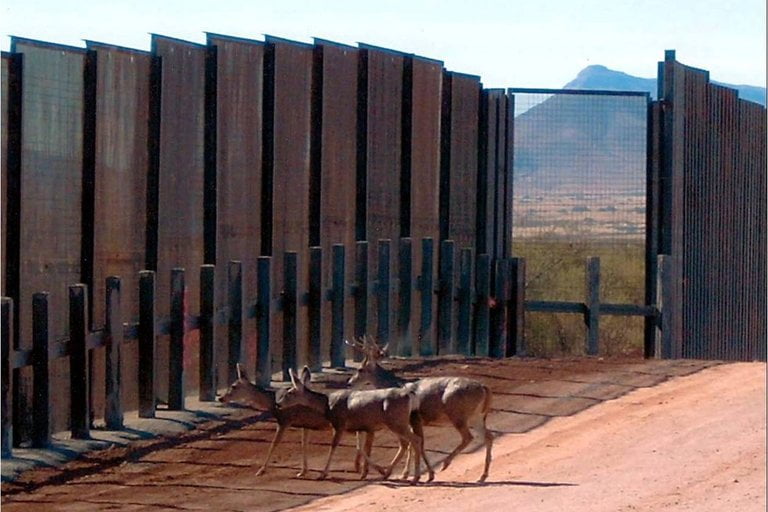 “Aside from the debates over whether or not the wall will do much to stop drug trafficking or illegal immigration, how much it will cost the US taxpayer, or whether Mexico will pay for it, a 1,000-mile wall has significant environmental costs,” Dr Bhagwat wrote in an article for The Ecologist.

“For a start, all that concrete will generate millions of tons of carbon dioxide emissions. And then you have the fact the wall will ravage a unique desert habitat that straddles the two countries and will prevent the movement of local animals.”

The wall will most likely “wipe out” the last remaining jaguars in the US, because it will cut them off from jaguars in Mexico with which they breed, he added. 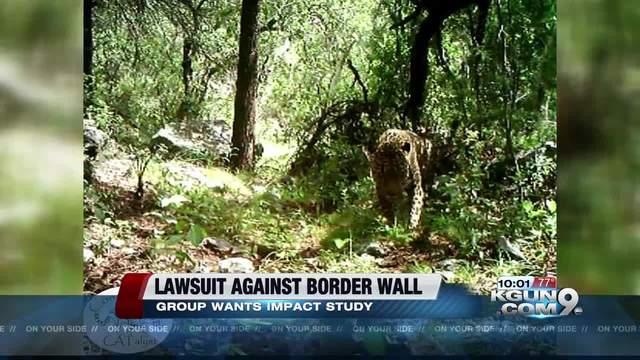 Mr Trump has consistently promised to build a “impenetrable and beautiful” wall along most of The US’s border with Mexico, in an attempt to reduce illegal immigration.

His supporters would often chant “Build the wall” during his presidential campaign rallies.

During his first week in office, he signed an executive order instructing his administration to “take appropriate steps to immediately plan, design and construct a physical wall along the south border”.

The Republican leader has also claimed that he will make Mexico to cover the costs of construction. The Mexican government has insisted that it will not.

In addition to fears about the economic and social impact of building the wall, critics are now raising environmental concerns about the pledge.

Experts say the concrete needed to construct the wall would produce huge quantities of greenhouse gases. The barrier would require 275 million cubic feet of concrete, releasing up to 1.9 million metric tons of carbon dioxide – the same as a small city.

Building the wall will also place a number of species at risk of extinction if the planet continues to warm.

Climate change means species that live in more temperate zones will gradually need to move further and further aware from the hottest areas around the equator.

The wall will prevent species in Mexico moving northwards towards the cooler parts of the US – therefore placing them at risk of being wiped out.

“On evolutionary timescales of millions of years, such an obstacle in the movement of animals and plants will drive extinctions and the emergence of new species”, Dr Bhagwat wrote. 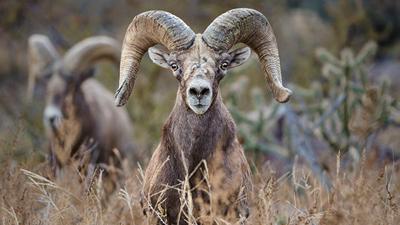 “A political act of this kind can have far-reaching consequences for the ecological and even evolutionary landscapes.”

Wildlife experts have long called for border fences to be made easier for animals to cross – a request being repeated when it comes to plans for the US-Mexico border.

“If Trump really wants to show his prowess in construction, and wants to leave a long-term infrastructure legacy, then he should build bridges for wildlife on the US-Mexico border – not walls,” Dr Bhagwat said.