Prepare For Change
Home Allied Light Forces The Cabal Will No Longer Be Tolerated. Victory To The Light Is... 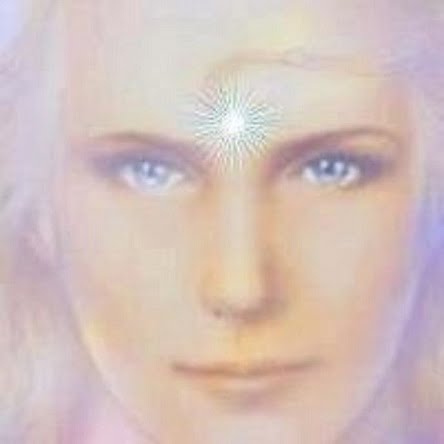 “This is Ashtar Sheran and this message is an update on the war against the darkside on your planet Shan the light forces have your earth surrounded. Many see our ships, we are overtaking dark bases to liberate hostages there and to claim these bases as future spaceports for the light full-disclosure will unveil them to you. The Fiat monetary system is all but bust, the Cabal are being arrested there are many indictments and preparations are being made at Guantanamo Bay to house them until galactic trial. All of the cabal’s leaders are being arrested, the Clintons, the Bush’s, the Obama’s, and more will soon stand trial for high treason and for many more crimes, not the least of which are human trafficking, narcotics rings, murder the list goes on and on.

These criminals have had their day, we watch as they sweat attempting to murder more of the prosecution’s witnesses, these people are in our care now no more “suiciding,” will be tolerated. This is crunch time as you call it, this is the epicenter of the battle right now in this moment you are living it. We need you to stay strong the dark knows it’s time is up and is fighting to win back its control over your planet. You did expect that, didn’t you? You did expect that they would use the last of their power to create new campaigns to put you back under the ether? If you didn’t then you don’t understand the importance of their control over YOU. How pivotal those on Earth are to their entire regime, the lies the disinformation the false accusations against the light specifically.

They fear us, the Delta forces have come to your planet and are working in the background to help liberate YOU. Any messages of them disrupting your cities are UNTRUE. Their lies there are rumors circulating that there will be no RV that is nonsense the RV has already begun the decline of the American dollar is part of that. We have a sting operation going to ferret out the last of the Cabal members who think to thwart a new quantum financial system that is why the date is being reset over and over and over again. Each time we capture more of these criminals, why do you think there are so many indictments with more increasing as time progresses?

We are bringing down their control system right in front of the eyes of the aware, but behind the backs of the unaware it is a delicate operation. Become aware, understand and do not panic when you see videos posts blogs articles saying the entire operation has been shelved. Do not listen, do not give these liars your energy, do not worry. When you doubt and begin to worry YOU FEED THE DARK. Do not give them your energy. Enough information has been published to explain the process, we are adhering to this process anyone who says that anything has changed at all is lying. It is disinformation. These dark workers are working overtime to sway your thinking, do not let them, the plan is in place it has been for many of your years. It is a plan that works, it will not fail and we will not fail you, but you must believe in a faith.

Know also that the dark is attempting to reach you through your own MINDS, Sharon has had many reports of dark attempts to separate light workers from each other, be it in creating doubt in their loyalty to Sharon leaving her group or attempting to create quarreling between them. You must know that Sharon works directly under me she is loyal to the light and has the liberation of humanity on earth in her heart, she is unwavering in her commitment to see this through we ask no less of you. Know that doubt is your enemy, the enemy the dark tries to create within you. That doubt is its voice, all is well. The world will go through growing pains as you change but that is to be expected, you will be weaned off your dependency on money via the new quantum financial system.

The plan is to give all on earth enough money to be financially independent, there will be no more suffering and this will allow you to outgrow your need of it. It may seem ironic to you that giving you more will, we knew of your dependency however we know that your lack of money keeps you dependent upon it and in your nefarious financial system, lack creates more lack, greed and suffering. This will end for you and soon, this is the Divine Plan. You are part of the Divine Plan, do not give yourselves over to the dark any longer, the dark is dying, it has lost any last-ditch efforts to keep the illusion alive.  Do not support them with your energy, understand that they were attempting to trick you before but the closer we move to final victory, the worse their trickery will become for you. We apologise but it is simply a question of not listening to it stay in your light.

Love adonai. A star you.”