Prepare For Change
Home ARCONTES A Chance for a New US Congress to Rethink Knee-Jerk Support for... 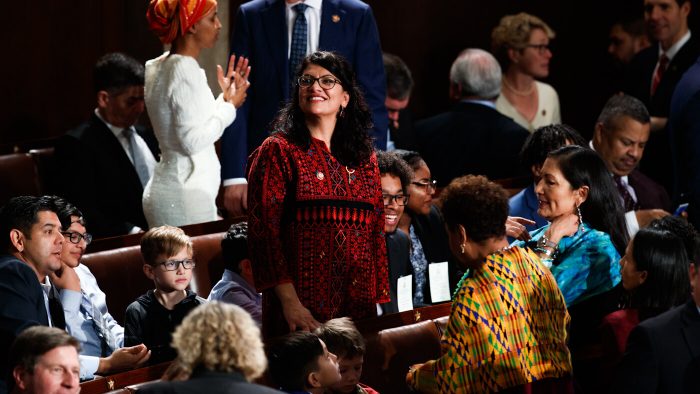 If ever there was a chance to approach members of the U.S. Congress with challenging issues, and a re-examination of oppressive Israeli behavior, this is it. These first few weeks of the new Congress are the time to take advantage of the new energy — otherwise, it will fade away. 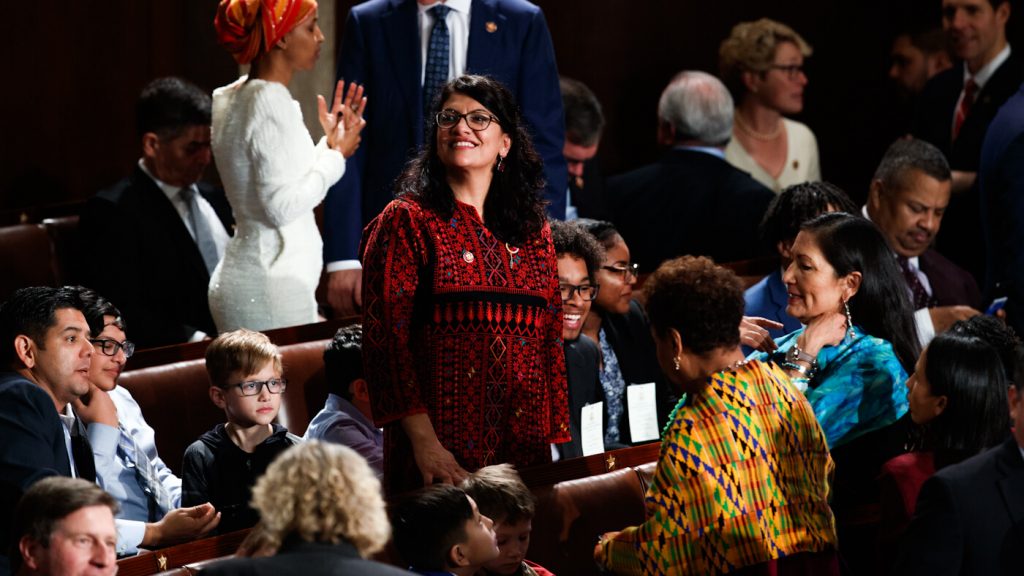 The office of Ilhan Omar too was filled with young people. Many were of Somali heritage and many of other diverse backgrounds who came to celebrate not only the first Somali-American elected to the U.S. House of Representatives but a new kind of politician, one that clearly cares about issues that touch those in need. Both Tlaib and Omar are progressive Democrats who came out publicly in support of the Palestinian call for boycott, divestment and sanctions, or BDS, against the state of Israel.

There are several important and urgent issues that will be raised during this promising 116th Congress. These are challenging issues because in one way or another they involve Israel. The first issue that it is hoped will make its way to the forefront is Israel’s systematic violation of the rights of Palestinian children. In the last Congress, Representative Betty McCollum (D-MN) introduced the “Promoting Human Rights by Ending Israeli Military Detention of Palestinian Children Act,” or HR 4391. It is a historic bill, as it is the first bill ever to be introduced in Congress that acknowledges Palestinian rights with no pre-conditions. It calls on the U.S. secretary of state to certify that Israeli authorities will not use United States taxpayer funds to support military detention of children.

These violations by Israel, which has signed the Convention on the Rights of a Child, are well documented by DCI, or Defense of Children International; UNICEF, or The United Nations International Children’s Emergency Fund; and Israeli human-rights watchdog organization B’tselem. 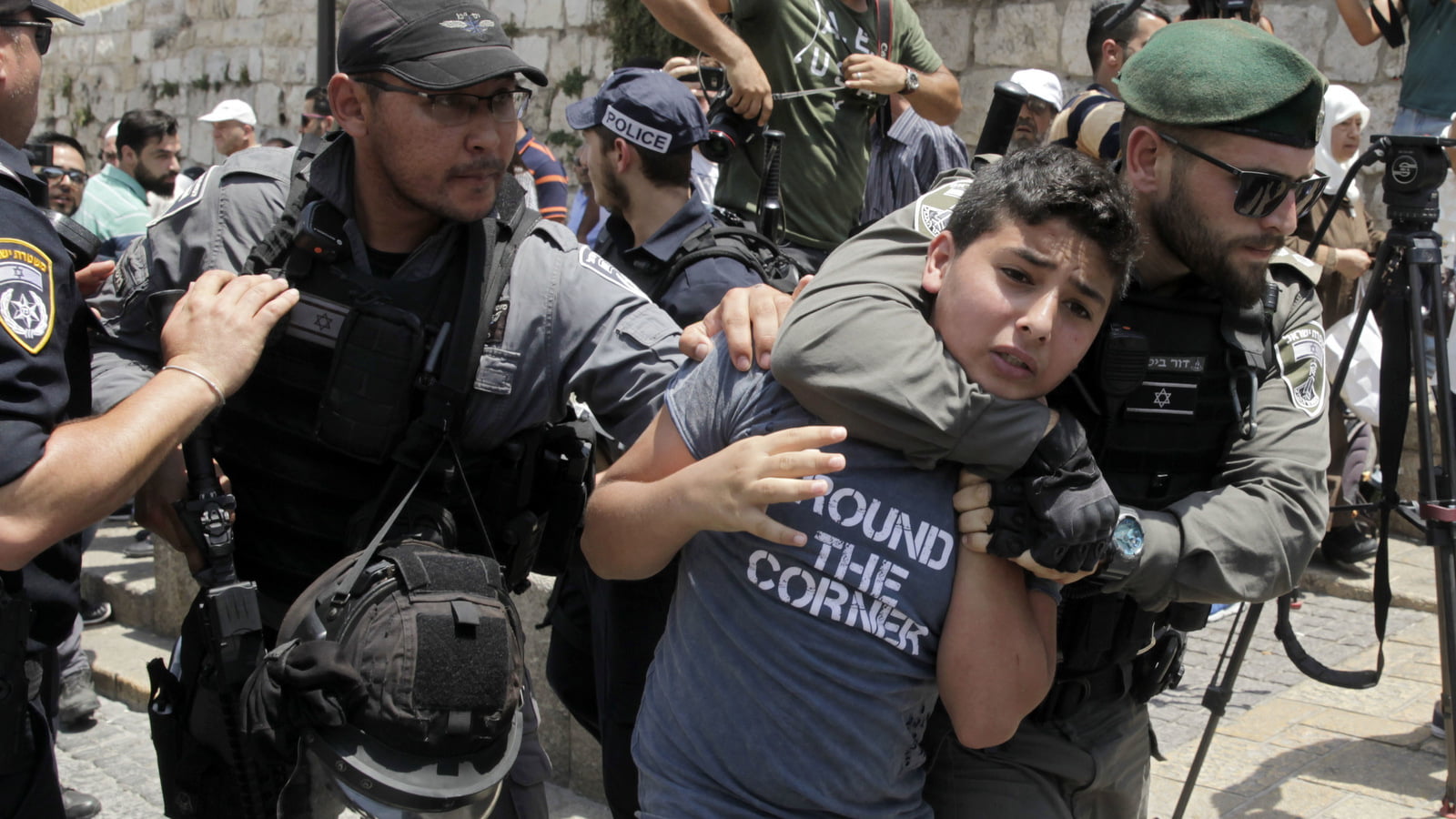 It is worth noting that this bill — which seeks to protect children, or rather make sure that U.S. funds do not go to the abuse of children — received only 30 cosponsors, while HR 221, a bill to appoint an anti-Semitism envoy, was already passed with 87 cosponsors. This is a bill to appoint an envoy who will hold the rank of ambassador and advise the U.S. government on issues of anti-Semitism.

Since HR 221 was heavily supported by the ADL — the so-called Anti Defamation League, which is a racist organization dedicated to supporting Israeli violence towards Palestinians, and to spreading lies about Palestinians and Muslims, but does it under the cover of a civil rights organization — and NorPac, two heavily Zionist organizations, it is realistic to expect that this envoy will deal more with policing of anti-Zionism and criticism of Israel than actual anti-Semitism.

Another issue that has been on the forefront of all Zionist organizations and is being lobbied heavily is anti-BDS legislation. On all levels —  local, state and federal — Zionist organizations are working night and day to delegitimize the Palestinian call for boycott, divestment and sanctions against Israel. Members of the new Congress will have to be vigilant in making sure that anti-BDS language is not inserted into bills that otherwise seem legitimate and that if it does such bills are voted down.

The anti-BDS campaign not only is designed to stop BDS today but is a safety measure to ensure that the U.S. and its representatives will not consider supporting the Palestinian call themselves. People who believe in freedom and justice will do well to push their representatives and demand that they respect the Palestinian call to boycott, divest and impose sanctions on Israel.

Israel’s human rights violations do not end with the oppression of the Palestinian people. The new draft law that forces the Haredi, or Ultra-Orthodox community, to serve in the Israeli army is a violation of human rights and religious freedom. This community, which is devoted to the Torah and its laws, resides in all parts of the world and does not recognize Israel as their state. However, those who had lived in Palestine were forced in 1948 to become Israeli citizens. They are forbidden according to their religious convictions from carrying arms and so they refuse to serve in the Israeli army. When the Haredi community protests the Israeli conscription, or when they protest the arrests of members of their community, both men and women, they are beaten and abused.

Getting members of the U.S. House of Representatives to even discuss this issue let alone demand that Israel stops abusing the religious and basic human rights of this Jewish community, is challenging at best. However, it is not impossible. The Haredi community in the U.S. is neither small nor weak and when they wish to mobilize they do so very effectively. People who care for the religious rights of minorities would do well to help this Jewish community, which rejected Zionism from its very inception. On this issue, Israel clearly fails the test of religious tolerance, even when it comes to Jewish people because they disagree with the secular, Zionist interpretation of what it means to be Jewish.

If ever there was a chance to approach members of the U.S. Congress with challenging issues, this is it — the next 60 days would be the time to do this. These first few weeks of the new Congress are the time to take advantage of the new energy — otherwise, it will fade away.

Top Photo | In this Jan. 3, 2019 photo, then Rep.-elect Rashida Tlaib of Michigan, looks to the gallery from the house floor before being sworn into the 116th Congress at the U.S. Capitol in Washington. Carolyn Kaster | AP