Prepare For Change
Home ARCONTES Unholy Alliance: The US Has an Unhealthy Relationship With Israel 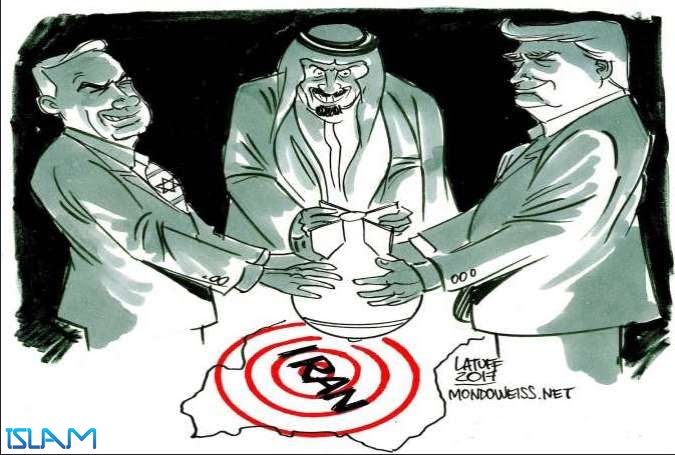 Today, while driving through town, I wound up behind a minivan that had a big sticker on the back. The sticker had an Israeli flag in the middle of it, and under it the quotation from the book of Genesis that reads “I will bless those who bless thee.”

I would like to take this time to list my own reasons for thanking and blessing Israel, our lone ally in the Middle East, for everything she has done for us, since I am quite sure most Americans are unaware of just what kind of friend she has been to us.

For taking our most sophisticated weapons technology and stealing it for yourself without paying the American patent holders, we bless thee.

For taking that high-tech military technology and selling it to our enemies, such as the Russians and Chinese, thus further endangering us, we bless thee.

For using that weaponry in a sustained attack against a United States ship, the USS Liberty, resulting in the deaths of 34 American servicemen and the wounding of almost 200 others in an attempt to sink her, blame the attack on Egypt in order to push the Americans into joining you in your war against the Arabs, we bless thee.

For bribing and blackmailing the United States government into covering this act of war up, preventing any justice from being done for the benefit of the families of the lost sailors – as well as the American People, we bless thee.

For sending your agents into Egypt and blowing up American buildings for the purpose of blaming the Arabs in an event known as the Lavon Affair, we bless thee.

For sending your agents into Libya during the Reagan administration, and broadcasting radio messages in Arabic that were designed to sound like “terrorist cell planning” so that the US would initiate military strikes against Khadafi, we bless thee.

For withholding information from us concerning the planned attacks against the US Marine barracks in Lebanon, attacks you knew about through your moles in the Islamic world and about which you deliberately refused to warn us in order to further your interests against the Arabs, we bless thee.

For employing Jonathon Pollard, an American serviceman paid to spy for Israel in order to steal even more of our National Security secrets for your parasitic purposes, we bless thee.

For blackmailing President Clinton through one of your intelligence agents, Monica Lewinsky, in order to prevent a coherent peace program from being pushed forward between yourself and the Palestinian people that you have brutalized and murdered for the last 50 years, we bless thee.

For breaking every agreement you have made with your Arab neighbors, stealing their land, displacing, murdering, and treating them like the animals you see them as, we bless thee.

For using your agents within the first Bush administration to involve us in the first Gulf War, causing the deaths of American men and women, and exposing our servicemen to whatever bioweapons were/are responsible that has led to Gulf War Syndrome, we bless thee.

For your role in the September 11 attacks in this country, and for blackmailing and bribing the US government into deporting back to Israel the 100 or more intelligence agents that were arrested after the attacks, we bless thee.

For supressing the information from the American people of your involvement in the September 11 attacks and sending us in the wrong direction in search of answers, we bless thee.

For using one of your agents in the US Army Weapons Lab, Lt Colonel Philip Zack to steal anthrax and distribute it into our mail system, terrorizing US citizens and killing several in order to blame the Arabs, we bless thee.

For using your agents in the US Government, namely, Rumsfeld, Wolfowitz, Perle, Abrams, and the rest into initiating this war in the Middle East so that you could bring to heel all the enemies you have made during the last 50 years, we bless thee.

For using your agents in the media to lie to us on a minute by minute basis about the war, how “just” this cause is, and what the real reasons behind it are, we bless thee.

For using your agents in the Christian Evangelical community, such as Falwell, Graham, Swaggert, and the rest who praise you as God’s chosen people and further keep Americans in the dark about who you really are, what you have done, and what you are truly about, we bless thee.

For bringing idiots like Limbaugh, Liddy, Hannity, Beck, and Savage to the forefront as paid liars that will support you and further lead Americans astray, we bless thee.

For making America your attack dog, and for sending her sons and daughters to fight and die in all your future wars, we bless thee.

For using your influence in the media to hide the real statistics about the war, the dead and wounded on both sides, we bless thee.

For using us in such a way that not only further inflames the Arab world against us, but as well has succeeded in our alienating ourselves against those nations with whom we have been friendly for over a century, we bless thee.

And finally, for using your influence in our media and academia to flood our minds with pornography and lies, as well as inculcating in us a hatred for our history, religion, and culture, for dividing our nation between races and sexes, and for releasing into our society all of your plagues and filth that have left us a rotted out corpse of a once great nation, oh Israel, our friend,we bless thee.

The author can be reached at [email protected]