Prepare For Change
Home ARCONTES If babies were born with guns, they could SHOOT post-birth abortionists in... 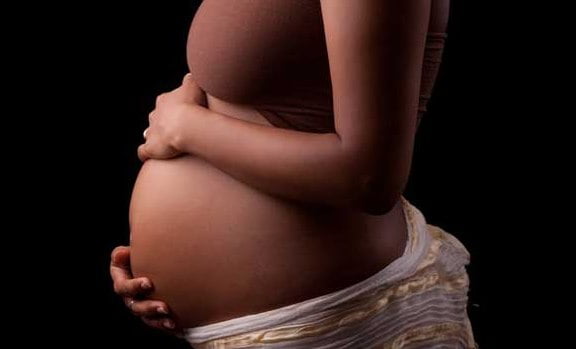 Do human beings have the right to defend themselves against violence?

Almost every thinking person agrees with the basic human right to self-defense. This right, upon further introspection, extends to all living human beings, regardless of age.

Post-birth abortion is a form of extreme medical violence that ends a human life, and with the Democrats now legalizing infanticide— the murder of a baby after it has been born alive — we need to talk honestly about the definitions of life, murder and self-defense.

As I point out in my podcast below, if babies were born with guns, they could SHOOT post-birth abortionists in self-defense. And those shootings would be justified and legal, since abortionists in the act are committing homicide against a living human being. Murder is illegal, and self-defense is a human right. Newborn babies are not excluded from this basic human right. Note that I am specifically not calling for any form of third-party violence against abortionists but rather affirming the right of the infant to protect her own life in an act of self-defense. (Yes, 50% of aborted babies are baby girls. Abortion is the mass murder of females.)

Of course, babies aren’t born with guns, which is why they are targeted by the Left… the same anti-life lunatics who also want to mass murder gun owners, by the way, by first disarming them through government confiscation mandates. Because babies are born defenseless, it is up to the adults of society to speak up for them and stop the mass murder of newborns that’s now being aggressively pushed, endorsed and applauded by the radical Left. (The political Left is now a death cult.) The way to accomplish this is not to shoot abortionists but to indict and prosecute them for murder.

Listen to my full podcast below for more details on why newborn babies clearly have the legal right to shoot post-birth abortionists in self-defense.

Question #1) What is the age after birth at which Democrats think murdering a child should no longer be allowed? Is post-birth “abortion” (murder) to be legalized up to 100 days? Two years? Five years? If it’s a “woman’s choice,” then can’t the woman make that choice at any age, according to the twisted logic of Leftists?

Question #2) It is legal in most states for bystanders to use firearms to halt a murderer from carrying out an imminent act of murder. If a baby were born alive and an abortionist initiated an action with the intent to murder that living newborn child (such as grabbing a scalpel and approaching the infant with the intent of killing it), would it be legal for a citizen gun owner to shoot that specific abortionist in that imminent moment in order to halt their attempted murder?

Question #3) Under federal law, it is felony homicide to murder an innocent human being. Since newborn babies qualify as human beings — unless you’re a lunatic Leftist who denies reality, of course — when will federal prosecutors start charging post-birth abortionists with felony murder? New York’s legalization of infanticide does not overrule federal laws against homicide. Why aren’t federal agents arresting and indicting murderous post-birth abortionists?

Question #5) More importantly, if the Planned Parenthood operation is conspiring to carry out the coordinated, large-scale murder of newborn babies in its facilities, then isn’t the entire organization of Planned Parenthood actually a serial killer front group that should be raided and shut down? (Instead, the FBI raids the home of Roger Stone with 29 armed agents, all while ignoring the violent murder of living human babies in Planned Parenthood abortion centers.)

One more question, actually: If Planned Parenthood abortion centers are now murderingchildren in New York and other states, why on Earth is the federal government continuing to use taxpayer money to fund PP operations? Doesn’t this fact mean that paying federal income taxes makes a taxpayer complicit in the murder of human babies? Doesn’t this simultaneously mean that refusing to pay federal taxes is the only way to act ethnically and morally in a society that now funnels money to mass murder centers?

If murder is not prosecuted in America, then lawlessness has run amok and no life has any value whatsoever

No rational person disagrees that a baby already born is a living, breathing human being deserving of all the rights and protections of the Constitution of the United States of America. Yet Democrats now claim that these living human infants can be murdered at will. How is this not a felony crime? How are these people not being arrested? How is this practice of serial murder continuing to be carried out across America while being applauded by insane, deranged, bloodlust Leftists?

If the life of a newborn baby has zero value, then Leftists don’t value the life of anyone at all. In fact, that is exactly their position. They openly talk about murdering Christians, white people, President Trump, gun owners, conservatives and anyone else they target with their vile assaults on truth and life. Democrats have become, in every way, a death cult of mentally ill lunatics that I call the “Left Cult.” This is why Democrats must be stripped of all power and barred from ruling over any person, city, state or nation from this day forward.

Listen to my full podcast for more details, and pray that those who openly espouse the murder of human babies will be stopped and sent back to Hell where they belong.

Ultimately, remember this: If we do not defend the lives of innocent babies, who will stand up to defend us?