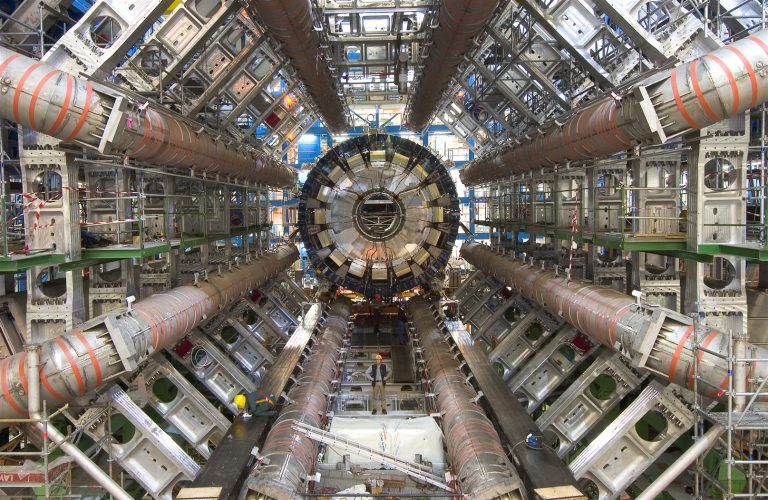 There was once a children’s book called If You Give A Mouse A Cookie. It was spellbinding little tale about what happens when a mouse shakes you down for your baked goods and you give in. Spoiler alert: he takes you for everything you’ve got. Well, it might be time to update that story, a 21st century reboot if you will. The book could be called something like If You Give A Nerd A Particle Accelerator. It’s a working title.I’ve been fascinated with CERN and the large hadron collider for years. It’s one of those perfect, real-life-science-fiction endeavors that is just so cool and so terrifying to a lot of people. It’s understandable. There’s a lot of wires and buttons and pipes and tunnels. All of which are intimidating by themselves. Add to that the search for something called the “god particle” and the idea of creating mini black holes, it start’s to look like something that just shouldn’t be. But it is, and we’re still here, seemingly unaffected—unless you buy the idea that we jumped universes the minute they switched it on, explaining why everything feels like it’s gone sideways and the proof is in the Berenstain Bears. If so, you’re right and I’m sorry.Seemingly not content with the level of fear and fear-mongering they’ve caused, CERN is now looking for funding to build an even bigger, even badder particle collider to sit next to the LHC outside Geneva, Switzerland. The plan for the “Future Circular Collider” (which sounds like what mad scientists call things, but probably just refers to a circular collider that will be built in the future) was unveiled Tuesday, and officials at CERN hope that the 22 member states commit to providing the estimated 21 billion euros that would see the machine completed and operational by the late 2050’s.

“And now we shall smash….the future!”

That’s a lot of time, and a lot of money, but CERN believes it will be worth it. The FCC would consist of a 100 kilometer-long circular tunnel for smashing things together, which is four times larger than the tunnel at the Large Hadron Collider. Not only would the size of the thing be greatly increased, but the energy output as well. Frédérick Bordry, CERN’s Director for Accelerators and Technology, says:

“The FCC’s ultimate goal is to provide a 100-kilometre superconducting proton accelerator ring, with an energy of up to 100 TeV, meaning an order of magnitude more powerful than the LHC”

According to CERN’s website, the proposal would provide “tantalizingly more powerful particle colliders that can inaugurate the post-LHC era in high-energy physics.” Whenever physicists start using the word “tantalizing,” that’s a red flag.

The first phase of the FCC project would be the construction of the tunnel and an electron-positron collider that could be operational by 2040 at a cost of 9 billion euros. The second phase would be the “superconducting proton accelerator ring” in the same tunnel, which would require another 15 billion euros and an extra ten years of construction.

These machines just look like the sort of serious business I’ll never be a part of. Credit: CERN

What will they use it for? The technical answer, I believe, is “blowing stuff up.” Extremely small stuff, but it’s the same basic premise. CERN says that they can’t predict what discoveries the FCC could produce, but CERN Director for Research and Computing, Eckhard Elsen gives a much less snarky explanation of the potential benefits to humanity:

“Proton colliders have been the tool-of-choice for generations to venture new physics at the smallest scale. A large proton collider would present a leap forward in this exploration and decisively extend the physics programme beyond results provided by the LHC and a possible electron-positron collider.”