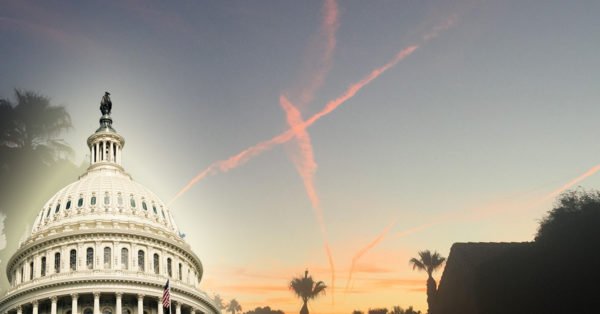 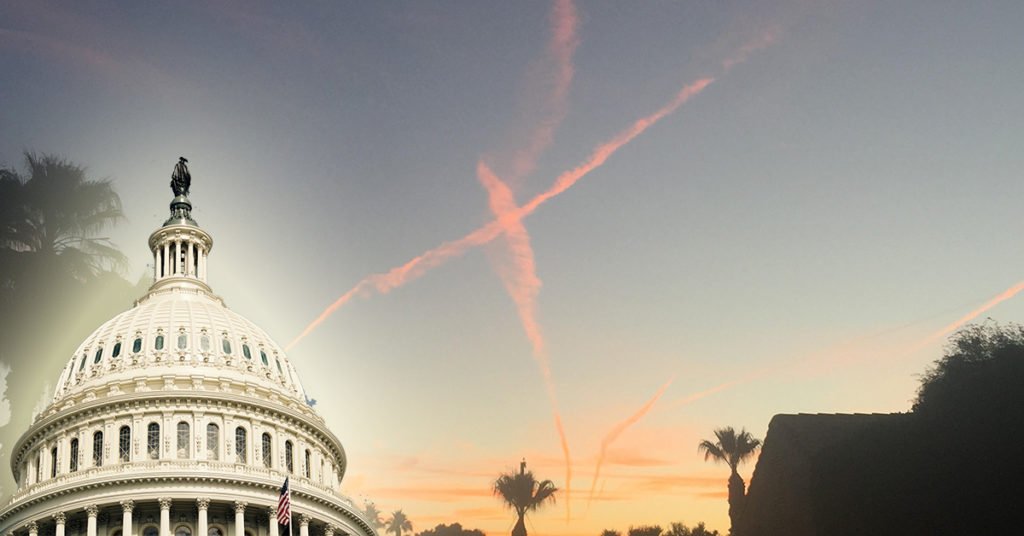 Earth’s climate is changing at an unprecedented rate. With each passing year, there are increasing occurrences of record-breaking temperatures, species going extinct, and volatile weather patterns.

Instead of addressing the root cause of climate change, government agencies have implemented secretive large-scale geoengineering projects in an effort to deliberately modify the Earth’s climatic system.

Around 10 years ago, the concept of geoengineering was viewed as nothing more than a conspiracy theory. But today, the evidence and harmful effect of geoengineering has brought the reality of these government programs into the public spotlight.

Declassified government documents dating all the way back to 1978 reveal that geoengineering is much more than a conspiracy theory. These documents exposed the existence of several Federally funded research programs and committees dedicated to weather modification.

There is also evidence that geoengineering efforts still continue to this day. In 2014, a CBS news crew interviewed physicist Dr. Michio Kaku. In the interview, Dr. Kaku revealed that scientists were conducting large-scale weather modification experiments that involved shooting lasers and nanoparticles into the sky.

Spraying Toxins into the Air

Evidence suggests the nanoparticles that scientists are using to stabilize the climate include high concentrations of toxic aluminum.

In fact, a ground-breaking scientific study led by Dr. Marvin Herndon, a nuclear chemist and geochemist, found “evidence of geoengineering activity that has occurred for at least 15 years… the geoengineering activity via tanker-jet aircraft emplaces a non-natural, toxic substance in the Earth’s atmosphere” which results in the release of large amounts of aluminum nanoparticles.

Why Atmospheric Aluminum is Dangerous

Some of the most common sources of aluminum exposure include municipal water, food, canned beverages, and prescription drugs. In these cases, the human body only absorbs around 0.3% of the aluminum because the intestinal tract provides a considerable amount of protection. This means most people can handle a fair amount of exposure before damage occurs.

But atmospheric aluminum is a completely different story.

When inhaled, atmospheric aluminum bypasses the lungs and has direct access to the bloodstream.  From here it can circulate through the body and cause a significant amount of harm. This includes lung cancer, kidney damage, bone deformities, seizures, and anxiety.

There is also a great deal of research that reveals aluminum exposure can increase the risk of several brain diseases including Alzheimer’s. This is why Dr. Herndon proposed that geoengineering is responsible for the widespread rise of neurological disease around the world.

Protecting Yourself from Atmospheric Aluminum

Since geoengineering is an ongoing phenomenon, aluminum exposure is constant and unavoidable.

This continuous exposure causes the aluminum to accumulate within your cells and become increasingly dangerous over time.

The only way to truly protect yourself is to chelate, or remove, the aluminum from your cells. While there are several natural substances out there that can chelate aluminum from the body, a natural mineral called zeolite is the most popular choice. Unlike other chelators, zeolite can travel deep into the cells where aluminum accumulates. From there it can pull aluminum from the body like a magnet, so it is no longer a threat to your health.

For those interested in getting started with detoxing heavy metals and toxins, we recommend this premium liquid zeolite detox supplement from Touchstone Essentials. It’s the only activated zeolite on the market proven pure by 3rd party laboratory studies and micronized properly for an effective detox. With every order placed from this link, we do receive a small commission that helps support our Prepare For Change foundation and orphanage.

For a limited time, use code PREPARE10 to save 10% off your first order.