Prepare For Change
Home Awakening A Brazilian Photographer Restored An Entire Forest With 2.7 million Trees In... 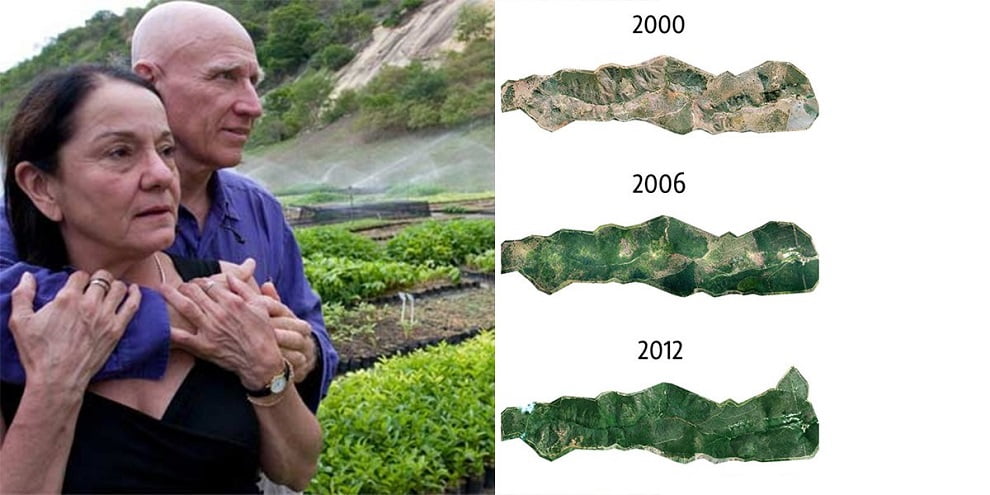 A Brazilian photojournalist was utterly stunned on his return home, to a town of the inland state of southeastern Brazil, Minas Gerais. What was once a paradise of tropical forests, filled with birds and wildlife, no longer existed. Can you imagine going away from your home town and on your return, you see all the trees have disappeared?

In the 1990s, Salgado’s parents gave the land to Sebastião and Lélia. Which they don’t own anymore. Today it is recognized as a nature preserve and a nonprofit organization which trains young ecologists and raises millions of tree seedling.

Salgado and his wife Lélia Deluiz Wanick Salgado, recruited partners and teams to collect funds, and in 1998, Salgado founded Instituto Terra. This institute was formed to recover 1,502 acres of rainforest in the Bulcão Farm in Aimorés, Minas Gerais. After the deforestation, the ranch was dubbed as a Private Natural Heritage Reserve. The Instituto Terra also created the Center for Environmental Education and Restoration (CERA), a place for research and education which focuses on environmental restoration

In December of 1999 Salgado planted his first seed. He clearly stated that the trees be native to the land so that the wildlife would return. Over two million seedlings of 290 species of trees were planted. The results were incredible!

Due to the replanting process, the eight natural springs that were hosted by the forest had started flowing and the fauna returned.

With close to 700 educational projects, 170 municipalities and 65,000 people who work in the Valley of the River Doce by December 2012. The River Doce covered both states of Minas Gerais & Espírito Santo, extending to the states of Rio de Janeiro & Bahia.

Salgado stated that climate change occurs due to carbon dioxide and planting trees would be the solution.

We as individuals need to make a change to our planet, plant a tree today!