Prepare For Change
Home ARCONTES “Father of the Sexual Revolution” Recruited Pedophiles from Prisons and Paid them... 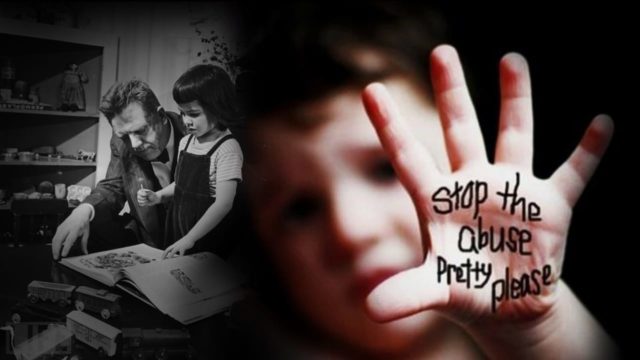 All the “research” was financed, funded and paid for by the Rockefeller Foundation.

Alfred Kinsey has been described as a pioneer, a revolutionary, and a forward thinker.Biography.com describes him as a journalist, biologist, anthropologist, scientist, academic, zoologist, and an educator. Other such publications refer to him as an entomologist, a sexologist, and many other esteemed professions.

As numerous as the titles given to this man were the attacks and accusations made against him. Why was this controversial figure both loved and loathed for his work? 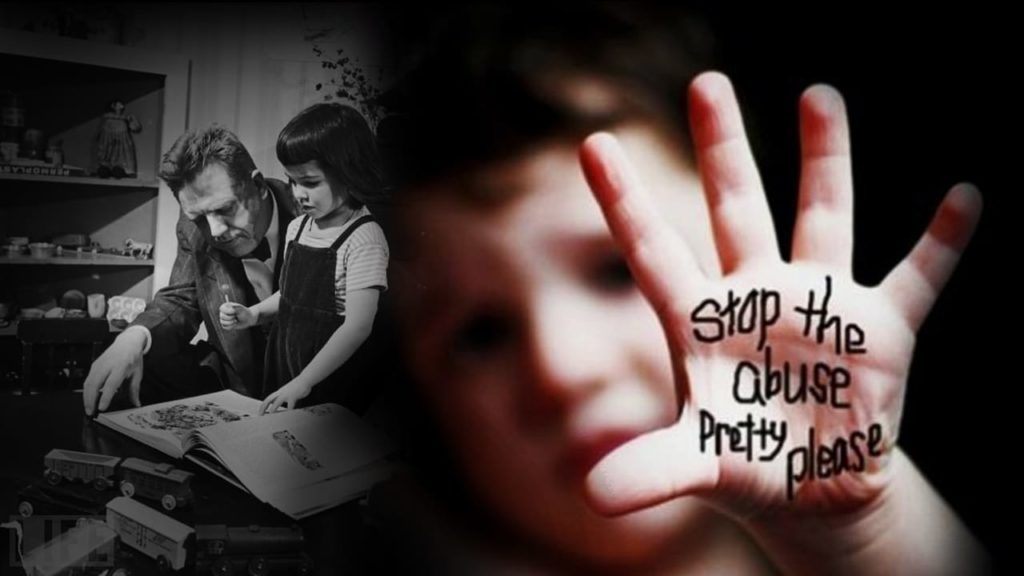 As we will learn today, Alfred Kinsey was involved in arguably one of the most notorious cases of organized pedophilia that has seen the light of day.

For decades, Kinsey recruited pedophiles from prisons and paid them to molest their own children and the children of others to perform so-called “science.” This was then compiled and sold in a book that went viral in the mainstream.

So why do Hollywood, university professors, and much of the political establishment lionize a man who aided and abetted pedophilia crimes? Why did Liam Neeson portray Kinsey in a positive light in the 2004 Hollywood film about his life?

Why is his work the foundation of university-level sex studies? Why are most of his statistical data still quoted by professionals today? Why are the horrific crimes of Kinsey virtually entirely left out of discussions any time his work is mentioned?

Of principle interest to the public was his best-selling science book entitled “Sexual Behavior in the Human Male,” which sold half a million copies after its release in 1948. Not only did this book strike the curiosity of the American public, it took the world by storm and is credited as sparking the sexual liberation movement in the nation. Posthumously, Kinsey has been celebrated for over half a century as the father of sexual revolution.

Upon the day following his death from pneumonia on August 26, 1956, the New York Times ran an article describing the impact of Kinsey’s work.

“Dr. Kinsey became famous as the author of the first mass scientific survey of human sexual behavior. To this subject he applied the method of the Gallup Poll – principally personal, confidential interviews of a selected sampling of the population.

“His conclusions gave statistical evidence for what many clinicians–and indeed many laymen–had guessed might be the sexual conduct of the American people today. However, the bald statement in plain print of such deeply private matters titillated millions of readers of popular journals.”

The article goes on to outline the financial role that the Rockefeller Foundation played in funding Kinsey’s controversial research. This detail should not come as a surprise to my audience.

“In 1942, with Rockefeller Foundation funds and National Research Council sponsorship, he set up his Institute for Sex Research, Inc., and Dr. Kinsey and his aides began their statistical study of sex conduct of men and women in the United States.

“The fourteen researchers interviewed 5,300 white men and boys and 5,940 women and girls, each interview encompassing up to 300 extremely personal questions. The interviewers even examined the sex life of babies as young as 2 years, asking the questions of their mothers.”

The Detriment of Kinsey’s Work

“With his benign view of child sexual abuse, Kinsey became an activist on behalf of child molesters. In 1949, for example, he testified before the California General Assembly’s Subcommittee on Sex Crimes, urging them to liberalize sex offense statutes. He argued specifically for granting immediate paroles to suspected child molesters, and warned that societal “hysteria” does more harm to children than the actual molestations.

“Alfred C. Kinsey’s studies have had a profoundly negative impact on American women and children, weakening legal protection from sexual abuse and falsely portraying “sexual liberation” as an unalloyed good, despite astronomic increases in divorce, abortion, sexually transmitted diseases and physical abuse of women and children.”

Kinsey meticulously cataloged every imaginable dimension of analysis with regard to what he called “the sexuality of children.” This included the average age at which children can first orgasm, the duration of time until orgasm is reached, the duration of orgasm, the sexual predilections of infants, and so on.

“The number of male infants and young boys observed undergoing sexual stimulation, as reported in the Male volume, is between 317 and 1,739 (seven girls were similarly tested). The child-subject totals may be calculated several ways, depending on the manner in which chart figures are tallied.”

Others have estimated the total number of male and female victims is closer to 2,035.

“Kinsey believed that human beings and their responses could be categorized like the gall wasps he had collected earlier. This taxonomic technique is evident in Table 31 of the Male volume, “Pre-adolescent experience in orgasm,” which is a carbon copy in theory, structure, and groupings of his 1936 insect table on “Cynips.”

“In Table 31, Kinsey reported the little boys’ ages and “orgasm” responses to stimuli. Bancroft claims that Kinsey’s “meticulous” boy tables report the “data” Kinsey received from King, who he called an old “technically trained” forester and who, Pomeroy and others claim, had sexual relations with 800 children of both sexes).

“Kinsey stated that “some of the younger boys who have contributed to the present study” also described their “orgasm.” However, the charts show that 28 of Kinsey’s “younger boy” contributors/ participants were infants, so unable to speak.

“Kinsey claimed in Table 31 that “orgasm” was “observed” in a male infant of five months, although the table further notes failure to produce orgasms in male babies of two, three, four and nine months.

“Each age category included children tested for orgasm; that is, Kinsey confirmed 22 toddlers up to two years old, were test subjects. He claimed that 11 of these tykes “reached climax,” while 11 others did not. These could have been some of Rex King’s little victims, described by Gathorne-Hardy in his Yorkshire interview.

“Such is the view of those collecting sex “data” on 317 boys in Table 31, men engaged in “actual observation” of the children. Some of the little boys were tracked for years. Kinsey writes, “In 5 cases of young pre-adolescents, observations were continued over periods of months or years, until the individuals [child subjects] were old enough to make it certain that true orgasm was involved.”

“In other words, at least five little boys continued to be subjected to experimentation “over periods of months or years” so that scientists and/ or technically trained observers could know if what these men called “true orgasm was involved.”

The Agenda to Normalize Pedophilia

On page five of Behavior Today published on Dec. 5, 1988, the author asserts,

“Pedophilia… may be a sexual orientation rather than a sexual deviation.” In fact, the University of Massachusetts-Amherst already defines pedophiles as a “protected minority” within its nondiscrimination code, according to Hillsdale College President George Roche.”

According to Dr. Joan Nelson, cited in Dr. Reisman’s book,

“Pedophiles are visionaries who “participate in sexual contact not for her or his own gratification, but in response to a child’s attempt to acquire practical knowledge.”

“Such visionaries are advocates of “children’s rights” in all areas, and “believe the troubles that characterize our times are rooted in childhood sexual repression that prohibits age-free expression of sexual affection.” Dr. Nelson is the founder of the Institute for the Study of Sexual Behavior. She describes her childhood submission to incest as “the happiest period of my life.”

On page 115, the Kinsey team touts the benefits of sexual contact (incestuous or otherwise) with children.

“Some of the pre-adolescent contacts had provided emotional satisfactions which had conditioned the female for the acceptance of later sexual activities.”

The now-infamous Yorkshire documentary, entitled Secret History: Kinsey’s Paedophiles, which premiered on August 10, 1998, above all else shines light on the mindset of former and current employees of the Kinsey Institute and their shameless intentions to normalize pedophilia.

Throughout my presentations on systemic pedophilia, I have built a strong case that there are child trafficking rings that operate more or less in the open. I present evidence that the Pedophile Agenda is hell-bent on publicly sexualizing children and normalizing their sexual crimes.

This documentary is a smoking gun that showcases the sick perverts that actually promulgate this sort of message from their academic ivory towers and conveniently evade prosecution.

Dr. Judith Reisman had this to say about the Yorkshire documentary.

“Kinsey’s Pedophiles, was broadcast in Great Britain on August 10, 1998. In a review, England’s BBC Radio Times wrote that “this deeply unsettling documentary… makes a strong case that Kinsey cultivated [pedophiles whose crimes] he presented as scientific data.”

“London’s Daily Mail for August 11, 1998, agreed: “An academic study admitted the… repugnant… evidence of a child abuser as though this were a respectable scientific contribution.” In the Yorkshire interview, Gebhard confirmed that “certain of our subjects,” who joined Kinsey’s child sexuality research team, were child molesters.”

The pernicious influence of Kinsey and his body of work is vast and today’s discussion has only scratched the surface. Indeed, entire volumes have been written about his crimes and their influence on culture and academia.

Kinsey’s research laid the groundwork for those in the psychiatric community to insist that pedophilia is normal and common, as I have reported on in my other presentations [1, 2, 3].

For now, I leave you with Kinsey’s Paedophiles, if you can bear to watch it, and make up your own mind: