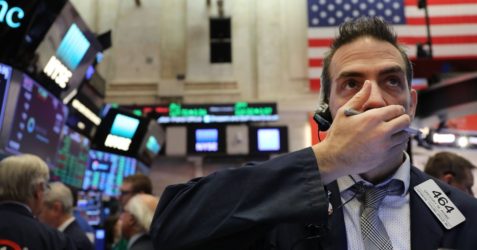 It was a banner year for corporate greed

Many of our country’s largest corporations make billions of dollars in income, use deferrals and write-offs and credits to underpay their current tax bills by staggering amounts, and in some cases claim foreign profits and U.S. losses despite having much of their sales and assets in the United States. These captains of American capitalism are brazenly ignoring their responsibility to their own nation, a nation in desperate need of funding for education and infrastructure and job training.

The corporate tax rate nosedived from 35% to 21% in 2017, but the thirty companies listed here paid only 8.7% of their reported U.S. income in current federal taxes (even worse, an estimated 7.4% if U.S. income were based on a true percentage of sales). That’s $30 to $35 billion—from just 30 companies—that is owed to the American public.

Netflix paid a 35 percent tax on its foreign earnings, a NEGATIVE TAX on its largest-ever U.S. earnings.

Pfizer, whose CEO Ian Read once complained that U.S. taxes had his company fighting “with one hand tied behind our back,” had nearly half of its sales in the U.S. in 2018, yet claimed a $4.4 billion LOSS in the U.S. along with over $16 billion in foreign profits.

Abbott reported 35 percent of its revenues in the U.S., but a LOSS in the U.S. along with a $3.3 billion foreign profit.

Berkshire Hathaway made 85% of its $4 billion in profits in the U.S. in 2018, yet claimed a $1.6 billion tax REFUND while paying over a billion dollars in foreign taxes. Warren Buffett’s company had deferred $77 billion in recent years, then used Trump’s corporate tax break to write off over $25 billion. Billions of dollars owed to the American public just disappeared.

Chevron had two-thirds of its productive oil wells in the United States, and it reported over $20 billion in 2018 profits, yet the company claimed a REFUND on its U.S. taxes while paying nearly $5 billion in foreign taxes.

Exxon has 35% of its revenue and 44% of its long-lived assets in the U.S. but paid twenty times more foreign tax than U.S. tax.

Dow/DuPont had two-thirds of its assets and 35 percent of its sales in the U.S. in 2018, but declared only 4 percent of its profit in the U.S., and claimed a REFUND on its federal taxes (while paying almost $2 billion in foreign taxes).

Caterpillar, which boasts in its annual report about the company’s “high standard for honesty and ethical behavior,” had 41 percent of its sales in the U.S. in 2018 but declared only 27 percent of its income in the U.S. and paid only an 8% tax on those understated profits.

The Big Hypocrisy: CEOs Lament the Skills Gap, but Skip Taxes that Could Train Workers

In a survey by the National Federation of Independent Business, nearly 90 percent of respondents reported a lack of qualified applicants for job openings. If that’s true, part of the reason is that America’s largest corporations deny us the tax revenue that could be paying for worker education. Corporate greed and hypocrisy are shifting the blame for the skills gap to the millions of Americans being cheated out of job opportunities.

Paul Buchheit is an advocate for social and economic justice, and the author of numerous papers on economic inequality and cognitive science. He was recently named one of 300 Living Peace and Justice Leaders and Models. He is the author of “Disposable Americans: Extreme Capitalism and the Case for a Guaranteed Income” (2017). Contact email: paul (at) youdeservefacts.org.