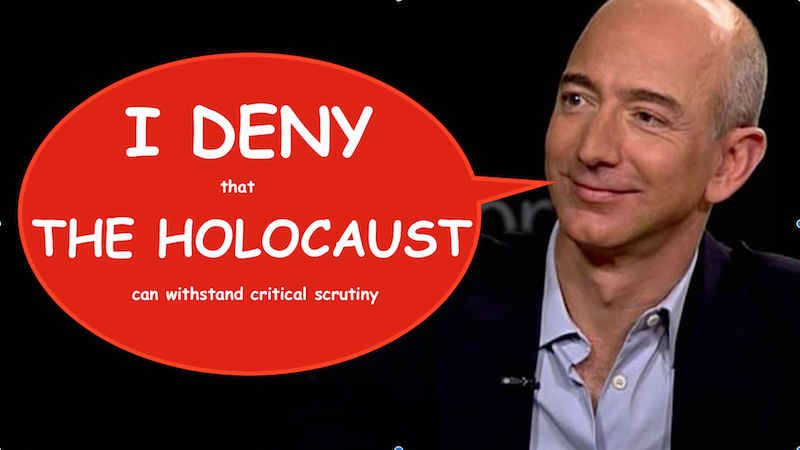 On February 19, 2019, the leftist website Quartz featured a blog entry alerting its readers that Amazon was selling books too controversial for zealots of political correctness to tolerate. The article was adorned with a burning swastika to give the reader the impression that the primary target of this call for censorship were some truly evil people.

After all, we all need to fret at all times that these evil Nazis are always waiting for the next opportunity to throw people alive into gas ovens. And who wouldn’t agree that such creatures really need to be censored… 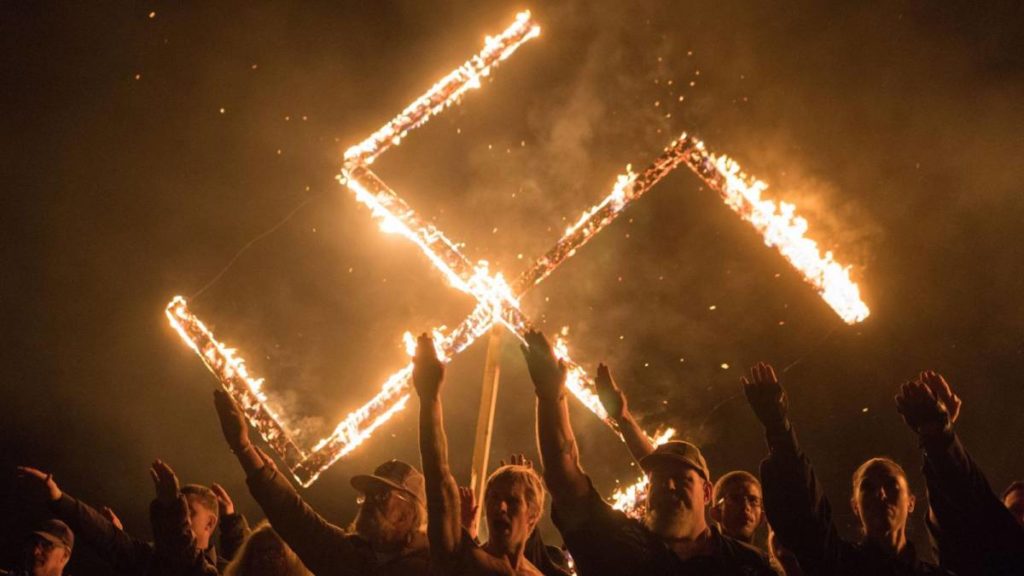 The image Quartz used to terrify its readers …

In case you haven’t picked up on my sarcasm here, it may be time for you to relinquish your voting rights, because you are evidently unfit to think rationally and to recognize a bogeyman when he’s driven through cyber-town.

The traditional enemies of free speech have been trying for years to bully Amazon into banning items that are perfectly legal (1), at least in marketplaces such as the United States, where the First Amendment to its Constitution prevents the government from passing laws limiting free speech. Amazon simply used to ignore them. And why shouldn’t they? Who is going to boycott Amazon for selling a few copies of some fringe literature?

In 1998, Jeff Bezos, the founder of Amazon, gave a speech at Lake Forest College in Lake Forest, Illinois, where he explained the background of his company’s success story, and simply stated in this regard:

“[…] we’re taking a different approach. We’re trying to sell all books. We want to make every book available. The Good, the Bad and the Ugly.” (starting at 14:30)

But in early 2017, this all changed when Amazon turned its free marketplace of ideas into an increasingly controlled market where the standards of political correctness reign supreme. This is not trivial, because Amazon controls some 50% of all book sales in the U.S., and their market share for other consumer products is similar and growing. Many consumers rely on Amazon as a product search engine. If Amazon doesn’t carry it, chances are that some 50% of all consumers will never even learn about a product’s existence. If Amazon decides to flip the switch on a certain company, chances are that vendor will not survive this instantaneous loss of some 50% of their turnover. The power we, as consumers, bestow on Amazon to decide what we can and cannot buy is becoming truly frightening.

In March of 2017, Amazon flipped the switch on one small British publishing company: Castle Hill Publishers. Almost all their book titles were banned overnight, with no warning. What kind of books are these? Raving rants of racism and anti-Semitism? Not at all. Here are 9 of them, with blurbs describing what they are about. For a full list of the 68 banned books, see here.

In the eye of this censorship storm was actually a series of academic books dealing with the fate of the Jews in Europe prior to and during World War II. Ah, you may say, that’s a fine way of avoiding the third-rail term “Holocaust.” As a matter of fact, while many of the books deal indeed with this topic, some of them don’t, or do so only indirectly. But no matter what, they were all murdered by Amazon: “No academic dissent permitted!”

Castle Hill Publishers has described in detail in a separate book titled The Day Amazon Murdered History how and why this massive book banning unfolded. For now, this book can even be bought from Amazon. But you don’t have to buy it to read it, because it’s available as a free download from the publishers’ web shop. If you prefer watching it as a documentary instead, visit the publishers’ YouTube Channel. But beware! The “YouTube community” has flagged this documentary on book banning “as inappropriate or offensive to some audiences,” so you have to first confirm that you really want to be in shock and awe when learning about this. This flagging prevents this video from ever showing up in any YouTube or Goggle searches, and people cannot embed it either. (Needless to say, the publishers’ own web version comes without these restrictions.)

So, not only is censorship alive and well in the U.S. – on a corporate level – but the powers that be moreover keep this ugly fact as invisible as possible from the public’s eyes by hiding it from the accidental observer. You need to already know that it’s there in order to find it!