Prepare For Change
Home ARCONTES Heavy Metals from Your Faucet: How Coal Companies are Poisoning Your Drinking... 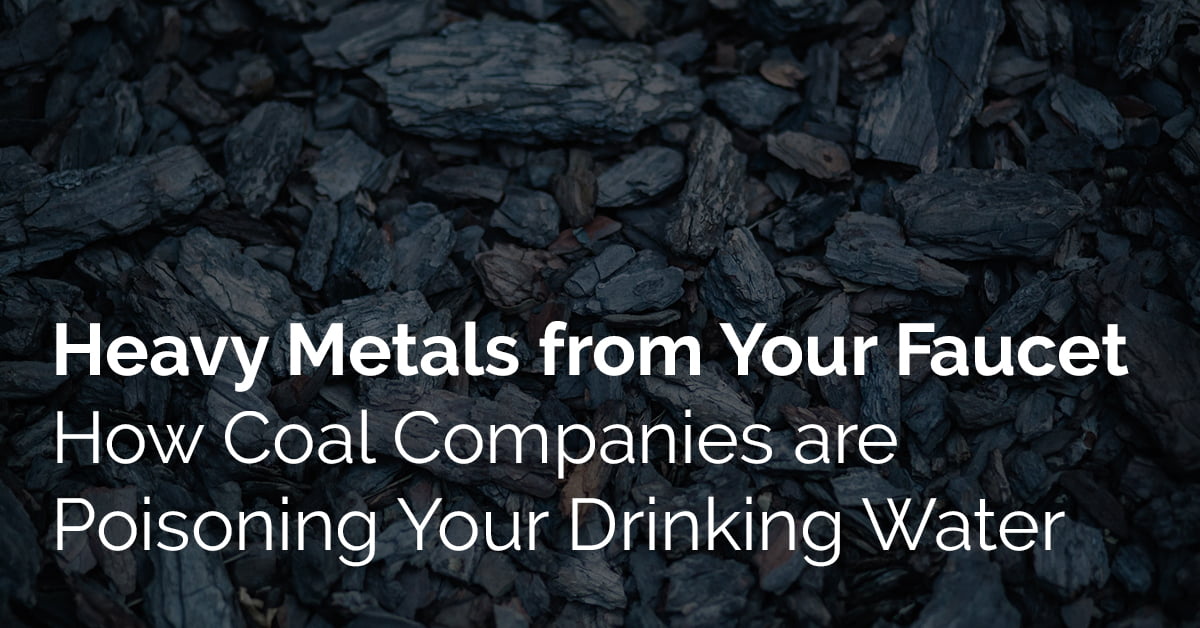 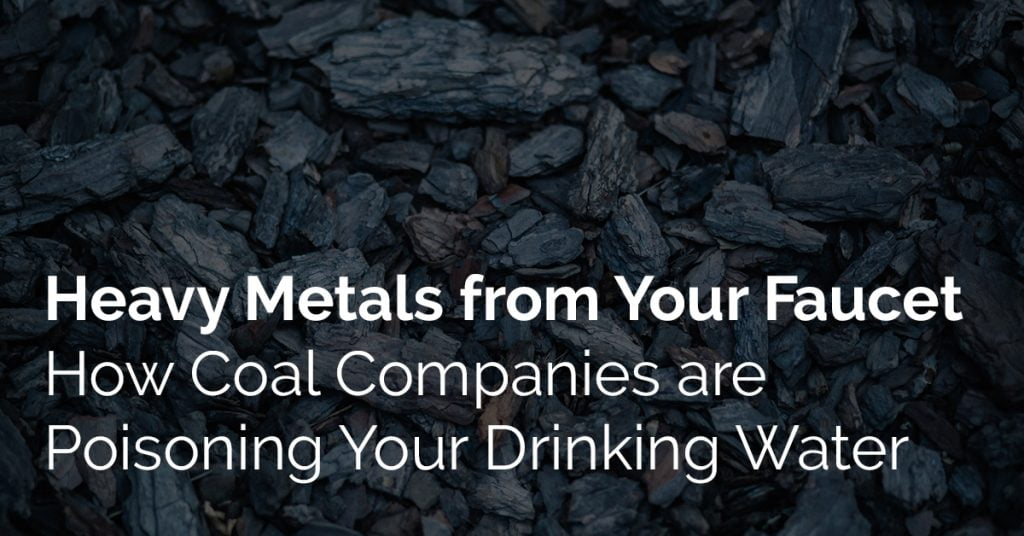 Contrary to common belief, coal-burning power plants don’t just pollute the air. Their environmental impact is much greater than what the media has led you to believe.

According to a recent study, by the Environmental Integrity Project (EIP), 91 percent of the U.S. coal-fired power plants are contaminating groundwater with toxic pollutants. Some of which were found to be in concentrations 100 times higher than what is considered “safe” by the Environmental Protection Agency (EPA).

The pollutants, which include harmful heavy metals like arsenic and cadmium, leach into the ground from toxic industrial waste called coal ash.

Coal ash ranks among the nation’s largest source of industrial waste. In 2012 alone, the EPA recorded that coal plants burned more than 800 million tons of coal in the U.S., which generated around 110 million tons of deadly coal ash.

The EIP’s findings suggest that coal plants are irresponsibly storing this coal ash in pits without protective seals. As a result, the toxic coal ash leaches into the groundwater over time.

“This is a wake-up call for the nation. Using the industry’s own data, our report proves that coal plants are poisoning groundwater nearly everywhere they operate across the U.S.,” explains Lisa Evans, a Senior Counsel member of Earthjustice.

Once the groundwater is poisoned from coal ash, it quickly makes its way to the well water of local residents.

What makes coal ash-contaminated water so concerning is that it contains a wide range of extremely toxic heavy metals and other harmful compounds.

For example, EIP’s analysis found that 52 percent of coal-burning plants contaminated the groundwater with unsafe levels of arsenic—a highly toxic heavy metal that can cause cancer, skin lesions, heart disease, and neurological harm.

Additionally, the groundwater near a coal plant in Texas was found to be contaminated with cadmium at concentrations more than 100 times greater than what is considered to be safe. Cadmium exposure is known to cause cancer and result in cardiovascular, gastrointestinal, reproductive, and neurological harm.

This means anyone who lives relatively close to a coal-fueled power plant is chronically exposed to a wide range of toxins that can devastate their health over time.

Out of the Frying Pan and Into the Fire

To make matters worse, government bodies are moving to decrease regulations on how coal plants can deal with coal ash waste.

“The EPA — now being run by a coal lobbyist — is trying to roll back federal regulations on coal ash, these new data provide convincing evidence that we should be moving in the opposite direction,” explains Abel Russ, a senior attorney for the EIP.

In fact, in 2018 the Trump administration relaxed EPA coal ash rules by extending the deadline that would have otherwise stopped coal plants from using coal ash ponds.

The good news is, some organizations like Earthjustice are fighting back. Last year they won a lawsuit against the EPA that will force the closure and cleanup of 100 coal ash pond sites. The EPA is predictably appealing the lawsuit, revealing just how little they care about the environment.

Since it is clear that the government is only enabling coal plants to pollute the environment even more, it is ultimately up to you to protect yourself from coal ash-contaminated water.

Aside from purchasing an advanced water filtration system in your home, the most popular way to protect yourself from the harmful effects of these contaminants is to detoxify with a natural zeolite supplement.

When ingested, zeolite has the unique ability to bind to many of the heavy metals found in coal ash-contaminated water. Once it binds to the heavy metals, it safely transports them out of your body, where they can no longer damage your health.

For those interested in getting started with detoxing heavy metals and toxins from coal ash, we recommend this premium liquid zeolite detox supplement from Touchstone Essentials. It’s the only activated zeolite on the market proven pure by 3rd party laboratory studies and micronized properly for an effective detox.

With every order placed from these links, we do receive a small commission that helps support our orphanage.

(For a limited time, save 10% off your first order by using the code PREPARE10 at checkout.)