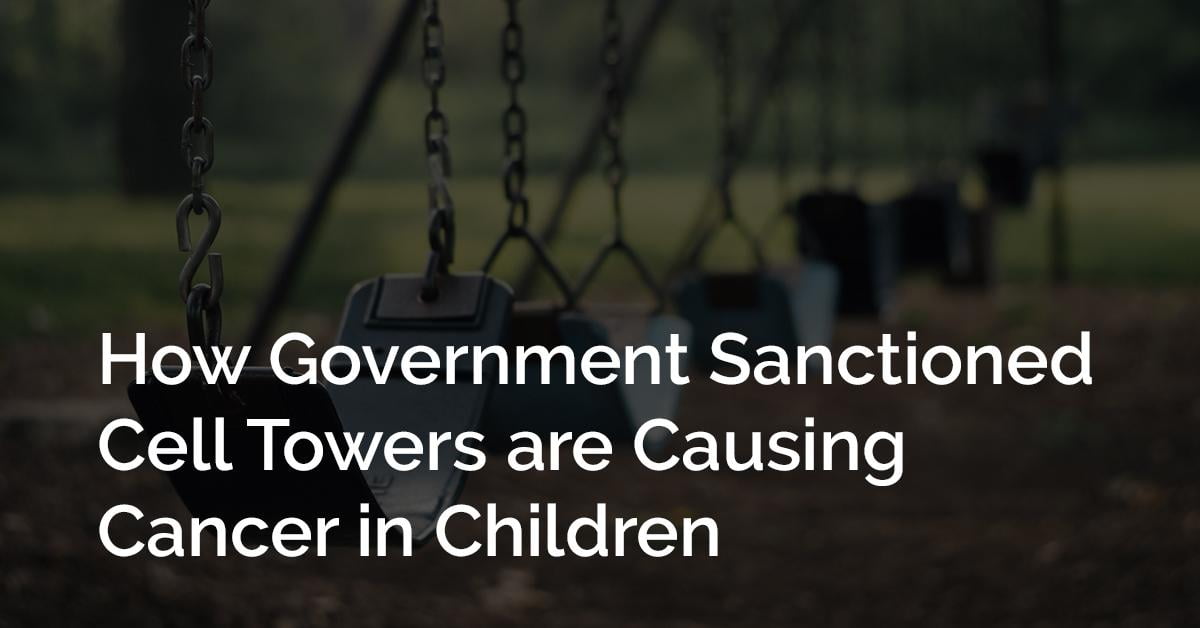 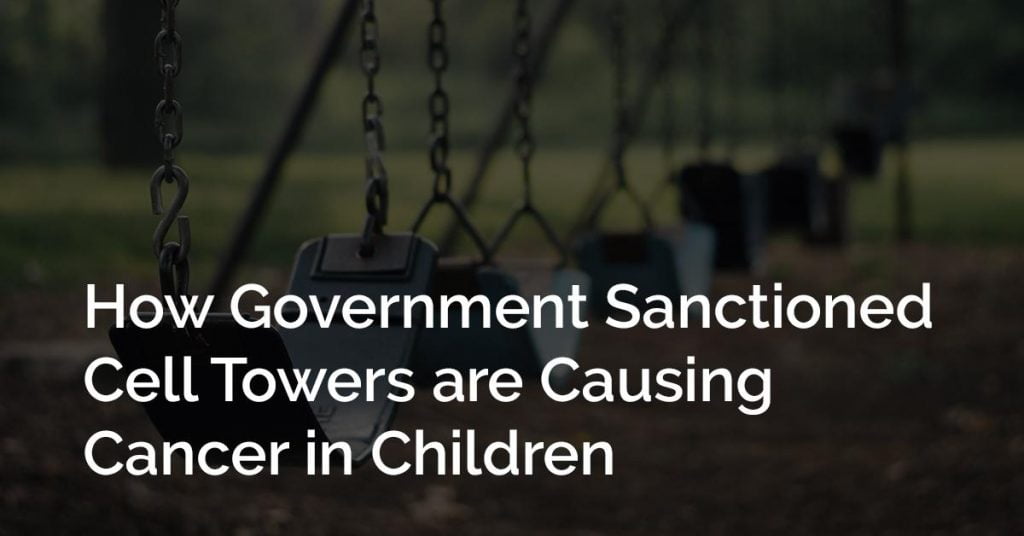 Over the last three years, four students at Weston Elementary school in Ripon, California have been diagnosed with cancer.

While government officials claim it is likely a coincidence, parents are increasingly concerned that a cell phone tower located directly in the schoolyard is to blame.

One parent, in particular, believes that the constant barrage of EMFs (electromagnetic frequencies) emitted from the cell tower was the direct cause of her son’s brain cancer.

“We had a doctor tell us that it’s 100 percent environmental, the kind of tumor that he has,” explained Monica Ferrulli during an interview. “It’s indescribable, it’s really tough.”

While Ripon’s school board and administration empathized with the parents’ concerns, they explained that “there is no legal contractual basis on which the district can demand the cell phone company remove the tower.” In other words, their hands were tied.

Even if they could remove the cell tower, there are over 100,000 cell towers in the United States. This means that a majority of American citizens are subjected to EMFs all over the country.

This raises the question: are cell towers truly dangerous?

What the Industry Doesn’t Want You to Know About EMFs

Mobile tech giants have a major conflict of interest, yet they are usually the ones to reassure the public that the EMFs from cell towers are harmless. They even go as far as saying they act in the interest of local residents.

“When it comes to the deployment of network infrastructure, we always strive to achieve a win/win process with local municipalities and residents,” tactfully explained Adrienne Norton, a Sprint representative, in response to the concerned parents of Ripon.

“I wouldn’t send my kids there at all, it absolutely is dangerous,” Windheim explained. “Children are still developing and their cells are still being divided. It’s the worst possible time in their life to be exposed [to EMFs].”

In truth, the dangers are not just isolated to children and cancer.

There is a growing body of research that suggests the EMF radiation emitted from cell towers is a risk to everyone.

There is now evidence that shows EMF exposure can result in:

Even the International Agency for Research on Cancer categorized EMF radiation as a class 2B possible carcinogen.

If government bodies and mobile giants like Sprint were truly concerned, they would fund independent researchers to look into the matter and look for different ways to improve the safety of cell towers. But this is simply not the case.

Taking Matters into Your Own Hands

Despite the evidence that cell towers can cause considerable harm, there are currently no government regulations in place to protect the public.

Since the EMFs from cell towers are virtually inescapable, you and your children are essentially the Guinea pigs in one of the largest science experiments of the century—whether you like it or not. In many ways, this situation is strikingly similar to when the tobacco industry had the public convinced smoking was safe.

So what if you want to take matters into your own hands and protect your family’s health before too much damage is done?

There are ultimately two options. You could move to a remote island from the reach of cell towers, or you could detoxify the EMFs using a natural volcanic mineral called zeolite.

How can zeolite help protect you from EMFs?

For those interested in getting started with detoxing heavy metals and toxins, we recommend premium liquid zeolite from Touchstone Essentials. It’s the only activated zeolite on the market proven pure by 3rd party laboratory studies and micronized properly for an effective detox.

With every order placed from the links below, we do receive a small commission that helps support our blog.

5G Technology Results that will Literally Melt Your Heart: