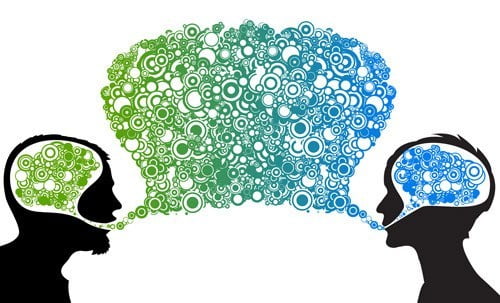 When you begin to share all that you know about the matrix control system to someone who has not felt the rumblings of awakening from their soul, you may be met with various adverse reactions. The best rule of thumb is to drop hints rather than yelling everything you know from the rooftops. However, every situation is different and it pays to hear what others have experienced so that you do not lose friends, family, and loved ones because of what you have openly shared.

Everyone is on their own path of awakening and will hear the soul call at different times. However, there are groups of starseeds, lightworkers, and wayshowers that have awakened in groups together. As you begin to search for those in your soul family or group, you yearn to talk about your experiences. It is a good idea to reserve this kind of “Woo Woo” talk for those who are truly into it, otherwise you may regret saying some things. Sharing with those that have no idea of what you are talking about is a mistake that many people make, and can be avoided.

The main reactions I have received when sharing information with people who are unawakened, highly religious, extremely conservative, or simply closed minded are:

-Falling asleep while talking to them (yes, this has happened to me on more than one occasion)

-Anger and or defensiveness (forms of fear)

There are several reasons for these reactions. Most of the time, a person who is under the spell of the matrix feels like they are in control of their life and feels some semblance of freedom. If you were to threaten this sense of security, the ego will step right in and stop you immediately from shattering their fragile mental or emotional realities.  As you may know, one of the first steps in spiritual awakening is moving the ego aside in order to be able to receive information that may indeed turn your perception of your reality around completely. This is all a part of change and moving forward, however not everyone is ready for this at the same time, including the ego or smaller self.

Another reason that the glazed-over eye look and falling asleep may occur is because of a trigger in the matrix. Any time truth may affect the programming of the matrix, triggers go off within the system and a person may become confused or sleepy, or simply may not really hear what you are saying. Also, a person’s guides may cause this to happen on their own behalf to protect them as it may not be beneficial for whatever reason for them to hear what you have to say at that moment in their life.

I made the mistake of sharing everything I could with my ex husband at the time of my awakening in 2010. The first topics I learned about were ghosts, the astral realm, and what happens to a person when they die. At first, he acted like what I was saying was interesting. Because he cared for me and was afraid to lose me, he played along and acted more interested and I began to talk about Starseeds and the ascension. Eventually all of the pretending came to a head and mentally it was too much for him. He ended up getting terribly hurt because he was confused and stunned by my sudden change and I had given him way to much information to digest. Ultimately, our vibration as a couple was no longer a match anyway, but it would have been better if it wasn’t so mentally and emotionally confusing for him.

I didn’t learn my lesson there. Since I worked on my ascension 24/7, I felt that I needed to explain things to my teenage son and to my mother, who were the two people left in my family that I interacted with on a regular basis. When a situation would come about like not voting or not wanting to buy non organic produce laced with pesticides, I had no choice but to stand up for what I believed in. When I got a somewhat agreeable understanding of this, I excitedly felt as if I could push more information.

In order to retain his belief system and to not shatter his world, my son ended up thinking I was out of my mind and began getting very angry with me as his reality was threatened. My mother was more open minded but still did not want to hear anything that she knew nothing about, because that would mean that she was not in control of her life or that there was something that she knew absolutely nothing about.

The mental matrix programming runs very deep and you need to know when to stop before running everyone off in your life. It is more about respecting another’s life path but it also keeps you from being alone on your path. It is best to drop little seeds of truth. For example, while observing a chemtrail in the making, you could question what is coming out of the plane without answering the question. Sometimes you have to adhere to the rule that you will not discuss something unless you are asked about it.

However, the polarity of this is that if you hold your truth in, it can begin to build up inside of you as stuck energy as well. When this began to happen to me after a few years of taking a good look at my life and others around me, I eventually had to make the decision that was best for me. I kept pushing information onto my family that justified my lifestyle actions, which were otherwise seemingly “crazy”. Eventually, it ran most everyone off in my “old” life.

It is best to find someone to talk to eventually, but it needs to be someone who has already been triggered for awakening by their soul. Ultimately, every situation is different and you need to use a mixture of intuition, common sense, compassion, and unconditional love when deciding how much to divulge in any given situation.

You also need to realize that there are sometimes you will have to be an actor in your reality. For example, if you are working a 3d job where it seems no one is awake and the water cooler topics include politics, sports, and stock market picks, then you could find yourself as an outcast if you try to get into debates about these topics in a metaphysical way. Dropping hints and planting seeds may be the way to go as long as your boss is open minded enough because the word will eventually get around. If you are in a strict corporate position and need your job, it’s probably best that you do not talk about certain topics.

For example, my ex husband and I worked in the oil and gas industry when I awakened. I eventually found out that oil is not a “fossil fuel” and that Tesla had many free energy devices 100 years ago. When I began talking about this at high levels of management, I was met with patriarchal aggressiveness and my husband asked me to not speak about free energy and such nonsense again. He reminded me that the oil and gas industry paid our bills and allowed us to have the lifestyle that we had. It didn’t take long before I decided to get out of that industry and live a simpler lifestyle. I couldn’t talk him into retiring and this was another part of the cause of our separation.

It is far better to drop breadcrumbs and to not lose credibility to people around you so that you will be available to them when they do begin to question everything around them. After their awakening trigger, most people learn on their own anyway through books and the internet, so do not feel like it is your responsibility to awaken them with loads of information. Even though the day will come when all will be known and seen, it would have been best for me and my family emotionally if I wouldn’t have had to remove myself.

Starseed Magenta Pixie talks about this topic in the following video:

Michelle Walling, CHLC is a Holistic Life Coach, international public speaker, writer, webmaster, and radio show host. In 2013, Michelle started her public career as a spiritual, metaphysical, and esoteric contributing writer for In5d.com and bodymindsoulspirit.com. Michelle is the webmaster for MichelleWalling.com, cosmicstarseeds.com, thestarchildren.net, and howtoexitthematrix.com, and is the co-creator of WooWooMedia.com. Michelle is the host of the Cosmic Awakening Show. Her personal Facebook page can be found here.