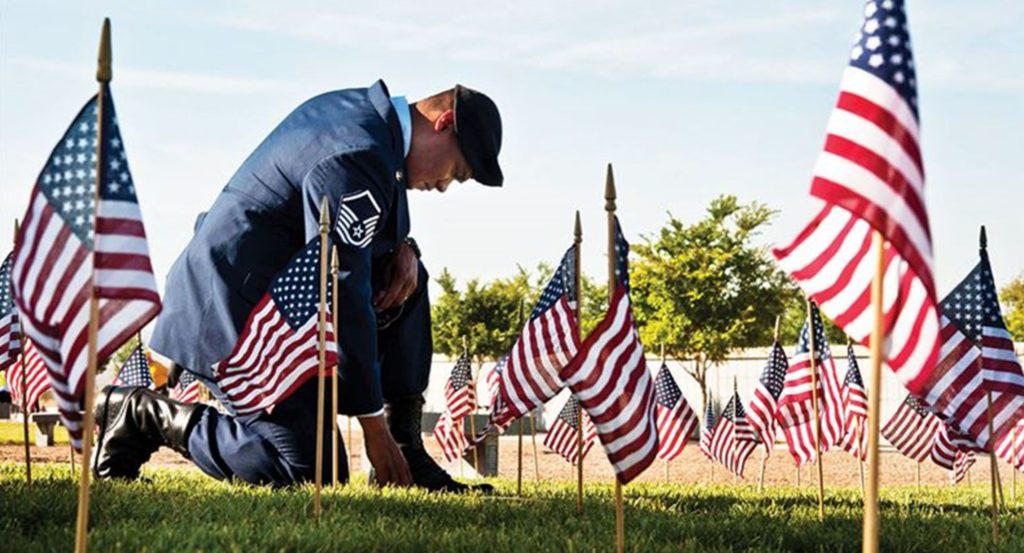 While honoring the troops on Memorial Day is a heartfelt and respectful endeavor, we must do so by protecting those who have not yet sacrificed their lives. 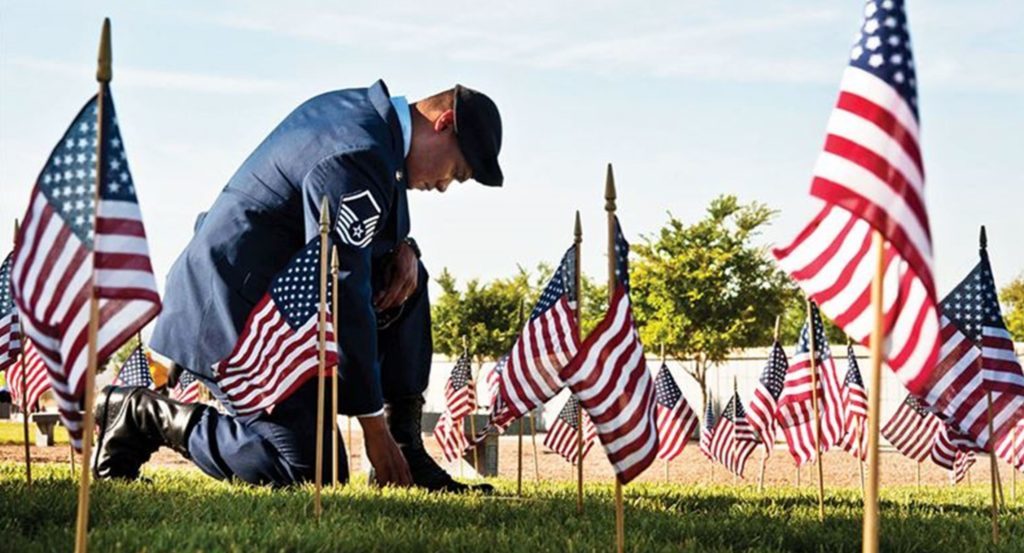 Every Memorial Day, Americans pay their respects to soldiers who have died while fighting for the US military. Though the good intentions and courage of those who enlist in the armed forces are admirable, the best way to honor those individuals on this holiday—and every day—is to stop sending them to war.

Scaling back the size and scope of military programs is not only respectful to troops but also a necessary measure to preserve liberty and freedom.

This pro-peace sentiment is often conflated with disrespect for the troops: If you don’t support the government’s wars, you must not support the soldiers fighting in them. However, considering the great cost to human life inflicted by military conflicts—the immense suffering soldiers, their families, and civilians in battleground countries endure—scaling back the size and scope of military programs is not only the best way to respect the troops but also a necessary measure to preserve liberty and freedom.

Though America was founded on the principles of limited government and skepticism of the state, popular political discourse and the politicians who perpetuate it too often fail to apply this wise distrust to militarism, which is an extension of government. Indeed, Memorial Day was established following the Civil War, where as many as 750,000 Americans died fighting each other on behalf of their splintered governments.

According to one 2015 estimate by PBS, over 1.1 million Americans have died fighting in wars throughout US history. In recent decades, especially, these wars have been spurred by state corruption. As General and President Dwight D. Eisenhower cautioned when he left office in 1961, observing the build-up of the defense industry following World War II:

In the councils of government, we must guard against the acquisition of unwarranted influence, whether sought or unsought, by the military-industrial complex. The potential for the disastrous rise of misplaced power exists and will persist.

In the subsequent years, an arms industry dependent upon government funds grew bigger and increasingly powerful, gobbling up taxpayer dollars in the form of deals with the Department of Defense. In September 2018 alone, Boeing received 20 contracts worth $13.7 billion. In November 2018, Lockheed Martin scored a nearly $23 billion contract for F-35 jets. As with all big government programs, inefficiency, waste, and corruption have plagued this state-subsidized industry.

From the military paying $300,000 for coffee mugs or a projected $1.5 trillion over 55 years for Lockheed’s notoriously faulty F-35s, there are hardly any better examples of the perils of intrusive government than the current military establishment. In one instance, the Pentagon could not account for over $21 trillion dollars in “unsupported journal voucher adjustments,” a term that “refers to improperly documented accounting adjustments that are made when different financial ledgers do not match,” as the New York Times explains.

Further, a 2018 analysis by Neta Crawford, a Boston University professor of political science, found that by the end of fiscal year 2019, the US government will have spent $4.9 trillion dollars on wars since 9/11. This is particularly tragic when considering that all of the economic investment and human energy and innovation that goes into waging wars and sowing destruction could be better and more productively applied to peaceful endeavors that increase prosperity.

War is never economically beneficial except for those in position to profit from war expenditures.

Unsurprisingly, following President Trump’s airstrikes in Syria in 2017, for example, defense stocks spiked. Any company that is dependent upon government handouts and favors for success is not fit for competition in a truly free market, and perpetuating this paradigm, which drives a manufactured demand for violent conflict, does a dishonor not only to our founding principles but also to the troops we are told have died for them.

The consequences of America’s addiction to militarism and interventionism are not just economic. Troops are shipped overseas on multiple tours, experiencing trauma that often stays with them for a lifetime. The rate of veteran suicides remains staggeringly high. Though current death tolls from ongoing wars in the Middle East (6,900 troops had died fighting in Iraq and Afghanistan by the end of 2018) may seem small in comparison to the 58,220 American soldiers who died during the Vietnam War or the staggering figures from the Civil War, most Americans who profess to support the troops would likely agree that even one death is one too many. This is to say nothing of the soldiers injured, often permanently, in wars or the high numbers of civilian deaths and displacements in the countries plagued by intervention.

The urgency of this quite literal life-or-death situation is further highlighted by the US government’s continual saber-rattling. Whether some political leaders are hinting at the possibility of military intervention in Venezuela or the Pentagon is suggesting sending 120,000 additional troops to the Middle East over sensationalized fears about the Iranian threat, war is always looming—and so is potential lost life. Ultimately, though politicians assure us these wars are for our safety or the good of mankind, they serve to expand government power, costing us dearly in life and treasure.

Ron Paul—a powerful voice for peace—received markedly more contributions from members of the military than any other candidate.

While honoring the troops on Memorial Day is a heartfelt and respectful endeavor, we must do so by protecting those who have not yet sacrificed their lives. And it seems they would appreciate our doing so: in the 2012 presidential election, Ron Paul—perhaps the most powerful voice for peace in a generation—received markedly more contributions from members of the military than any other candidate.

Honoring the troops in this way also honors our most cherished principles. As Paul, who often criticizes the unconstitutionality of modern wars, warned lawmakers just two weeks after 9/11: